Terror-Creatures from the Grave
(Massimo Pupillo, 1965) 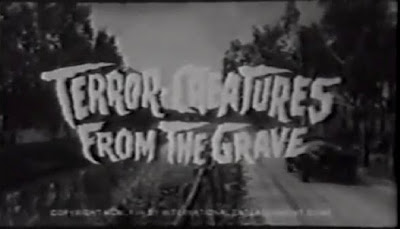 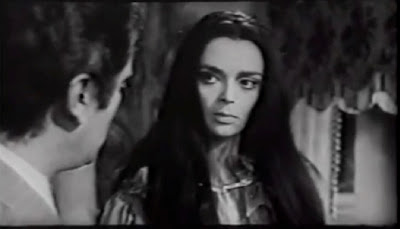 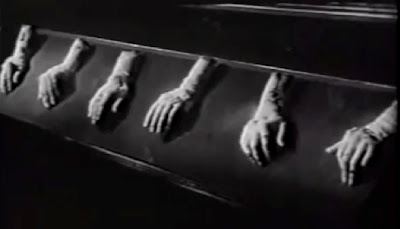 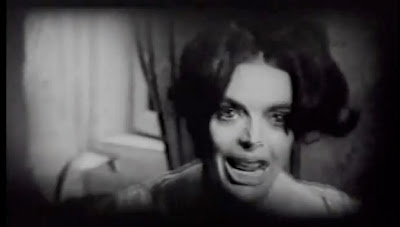 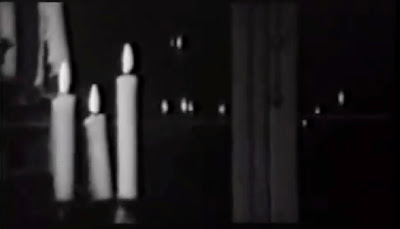 Another doozy from the man who brought us ‘Bloody Pit of Horror’! Presented in English translation by the promisingly named Pacemaker Pictures, this rather more straight-laced affair (original title ‘5 Tombe per un Medium’ ) still stands as one of the more eventful and entertaining of Barbara Steele’s post-Black Sunday Italian gothics, telling a tale of undead plague victims rising from the swamps to wreak vengeance upon a clique of small town personages (including Luciano Pigozzi from ‘Black & Black Lace’ and ‘Werewolf in a Girls’ Dormitory’, and Alfredo Rizzo from every Italian movie ever) who have contrived to send Barbara’s husband, the local aristocratic mad doctor/occultist type, to his grave. Our upstanding bland hero guy (Walter Brandi, from ‘Bloody Pit..’ and ‘Playgirls & The Vampire’) is a big city lawyer who has received a mysterious letter from the dead man asking for his estate to be settled. Presumably he realises he’s stuck in a gothic horror movie about the same time he finds his car won’t start because there’s an owl stuck in the engine(!), and figures he might as well hang around for the duration.

Although adding little to the tradition as filtered through Whale, Corman, Fisher, Bava, Margheriti and the rest, Pupillo’s directiorial style is still enjoyably lively, his camera wobbling around on some kind of makeshift steady-cam, refusing to allow even the most stultifying dialogue scenes (and, god, if there’s one thing you’ve got to learn to live with in Italian gothics, it’s the stultifying dialogue scenes) to remain static for long, throwing in gruesome cut-away shots and atmospheric tableaus whenever good taste (or what passes for it in Italian b-movies) allows.

A slightly more down to earth example of gothic than the ethereal likes of ‘Castle of Blood’ or ‘Nightmare Castle’, ‘Terror Creatures..’ is largely concerned with real world malice and physical threat. Rather than a ghostly waif, Steele’s character is a frustrated dancer and socialite, angry at her husband for locking her away in the countryside, and the use of the old chestnut about a supposedly dead man returning to wreak vengeance on those who wronged him seems to mark out the point at which gothic horror meets the conventions of an early ‘60s mystery, krimi or proto-gialli flick (think Coppola & Hill’s ‘Dementia 13’, or Harald Reinl’s ‘The Strangler of Blackmore Castle’).

At the same time though, the bloodcurdling supernatural elements here are as bold and weird as anything in the work of Bava or Freda. A scratchy gramophone cylinder replays the thoughts of the deceased doctor’s supernatural investigations (“October 30th, today I made contact with them again..”), a device reminiscent both of the voiceovers and letters in ‘Messiah of Evil’ and of the diabolic conversations transcribed in Lovecraft’s ‘The Whisperer in Darkness’. An iridescent water-nymph sits on the edge of the fountain outside our hero’s window, singing a creepily beautiful folk song (presumably an entirely different one from that featured on the original Italian version). The severed hands of plague-ridden criminals come to life, wriggling in their glass case as the wonky, theremin-addled score blares, and some supernatural agency drains the water from a bowl of flowers on the dining room table.

Fearing the approach of the plague-creatures, a wheelchair-bound old man kills himself by falling onto an outstretched sword blade, whilst another censor-baiting scene has Steele commanding her step-daughter to help her scrub up in the bath (steady now). The only disappointment really is an ill-judged (and presumably budgetary) application of the old “never show the monster” principal during the finale, which marrs the action somewhat when things go full-on zombie, leaving the survivors battling half-heartedly with an unconvincing monster-cam.

Scarcely likely to be anyone’s idea of a masterpiece, ‘Terror Creatures..’ is still a fun b-movie, packed with incident and memorable moments, in spite of all the tedious blather and wooden dubbing. Widely available in a mangled public domain print that looks like it’s been rescued from the bottom of a well, a copy is no doubt available from your usual supplier of such things, deterioration and dust-on-the-needle sound mix giving even the film’s more banal moments an eerie period pallor that only increases its charm.