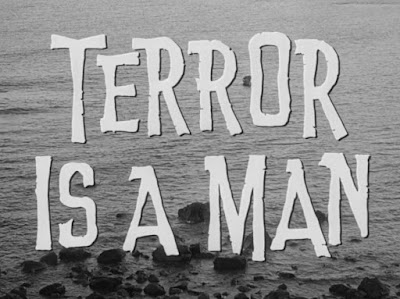 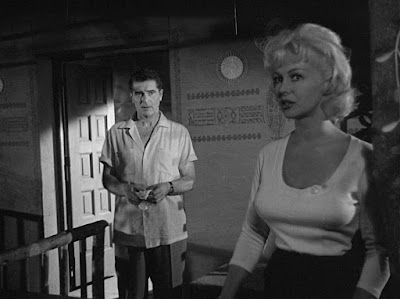 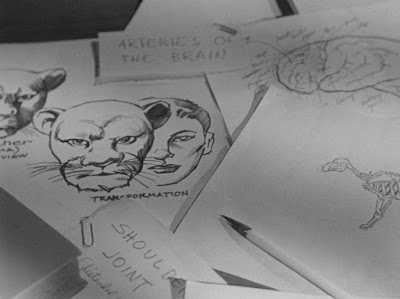 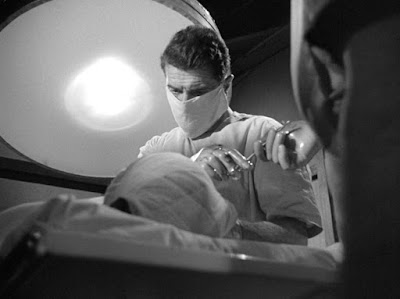 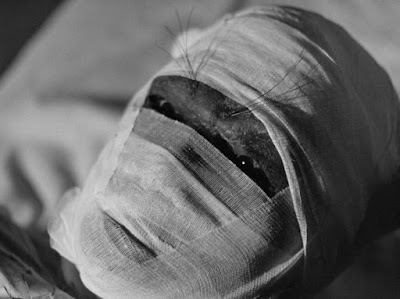 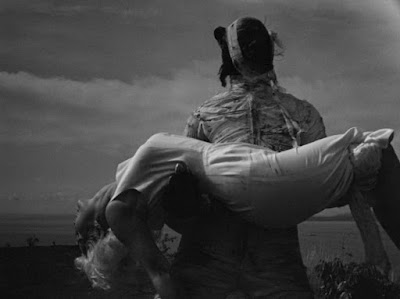 One of the ideas that has long been on my list of “things to do” on this blog is to start a series writing about what I tend to mentally categorise as “East Meets West” genre cinema. By this, I mean the seemingly endless number of movies that resulted from filmmakers with an eye toward the American (or occasionally European) grindhouse/drive-in circuit suddenly deciding to take advantage of the possibilities offered by East Asian culture, shooting locations or personnel – with wildly varied results, needless to say, although these productions can usually be loosely united by the fact that they’re almost always uproariously entertaining.

Naturally, the vast majority of this globe-trotting activity took place in the aftermath of Bruce Lee’s breakout success in the early 1970s and the subsequent explosion of interest in martial arts, but the foundations of the trend were actually in place long before that, and Ground Zero, of course, was The Philippines.

Now, I’m not sufficiently schooled in the history to Filipino cinema to really go into any detail about how the nation’s nascent commercial film industry was kick-started by the influx of American culture and equipment that followed in the wake of the Korean War in (and, subsequently, by the Marcos regime’s enthusiastic encouragement of international co-productions), but I DO know that the earliest film I’ve seen that fits this “East Meets West” category is ‘Terror is a Man’, an ambitious and well-realised 1959 horror film directed and produced by Filipino nationals Gerardo de Leon and Eddie Romero.

Although ‘Terror is a Man’ was technically a 100% Filipino production, the audience that Romero and de Leon were aiming their film at is as clear as the Pan Am baggage ticket that presumably took their film canisters across the Pacific. Shot in English with a Caucasian central cast, the film purports to be set on an island “…one thousand miles off the coast of Peru”, and relegates Filipino performers exclusively to servant / villager roles. In just about every respect in fact, it follows the pattern set by American b-horror films of the ‘40s and ‘50s to a tee.

The big surprise here however is that ‘Terror is a Man’ is actually a really good faux-American b-movie, drawing as much from the storied Lewton / Tourneur legacy is it does from the kind of lurid creature features that it was destined to share bills with in middle-American drive-ins.

On the face of it of course, there is no reason why we should be surprised at the film’s quality. Operating outside of anyone’s stereotypical assumptions about ‘third world’ movie making, Romero and de Leon both seem to have been cosmopolitan, internationally-minded gentlemen who had been working as film industry professionals for many years before they embarked on their first horror film.What makes ‘Terror..’ surprising in retrospect rather is the knowledge that, during the decade that followed, the two men returned to the fray with a fistful of the most shamelessly stupid, cheeseball trash-horror films that the late 1960s had to offer, produced on-spec at the behest of haemoglobin-fixated New York-based distributors Hemisphere Pictures.

Hopefully we’ll  return to those little wonders at some point in the future, but when it comes to trying to account for the drastic change of approach that separates them from this relatively sombre and seriously intended first foray into the genre, perhaps we’re best to simply conclude that ‘Terror is a Man’ taught our dynamic duo an important lesson re: subtlety rarely paying anyone’s bills at this level of the industry. (“Bring your own tranquilisers!” thundered the posters when Hemisphere belatedly re-released the film as ‘Blood Creature’ in 1965.)

Essentially operating as a minimalist rewrite of ‘The Island of Dr Moreau’ - perhaps with a touch of Hammer’s ‘The Curse of Frankenstein’ thrown in for good measure - ‘Terror is a Man’ essentially concerns the travails of Bill Fitzgerald (Richard Derr), a shipwrecked American sailor who finds himself washed up upon the troubled shores of the aforementioned island.

Bill awakens to find himself recuperating in the home of one Dr Charles Girard (Francis Lederer), formerly a successful family doctor in New York, who has relocated to this unsurpassably remote locale along with his unfeasibly glamorous young wife Frances (Greta Thyssen), in order (of course) to obtain the privacy he needs to pursue his own private research. (Sure, whatever ya say, doc – I’ll just get the chains and tranquilizer darts ready in advance, shall I?)

It seems that Bill has arrived on the island at an inopportune moment. Moments after he has regained consciousness, the Doctor’s surly assistant Walter (Oscar Keesee) appears to announce that some ill-defined “animal” has escaped “again” from the doctor’s laboratory, prompting the island’s small native population to finally call it a day and bugger off for pastures new in their fishing boats. Only the two young orphans who serve as the Doctor’s loyal servants have chosen to remain, reducing the island’s human population to a slim six, with a rickety wooden dinghy constituting the only way off it.

Recuperating with admirable speed, our hero takes these unpromising developments in his stride. Finding Girard and Walter desperately digging a series of vast pit traps and baiting them with raw meat, he begins cheerfully bantering with them about what kind of critter they’re lookin’ to catch, failing to take the hint even when they continue to evade his questions through the strained, formal dinner that follows that evening. Meanwhile, the rain pours down, storm winds shake the shutters and, out in the distant undergrowth, the “animal” howls with disquieting desperation.

All of which may sound like business as usual for an island-set monster movie, but ‘Terror is a Man’s consummate execution nonetheless places it significantly above the norm for this kind of material.

For one thing, the film is flawlessly atmospheric, as Emmanuel I. Rojas’s classically brooding black & white photography - incorporating some surprisingly elaborate camera movement and looming shadows all over the joint - combines with the authentically primeval tropical locations to create a palpable sense of isolation. If I tell you that the directors’ pacing is ‘deliberate’ meanwhile, that’s not merely a synonym for ‘boring’. On the contrary, the movie ebbs and flows with a distinct rhythm that makes for a highly engaging slow-burn.

For another thing, the film takes a pleasantly off-beat approach to characterisation relative to the cardboard cut-out stuff common to movies like this, aided by a set of performances that, if not exactly Oscar-worthy, are at least pretty solid. I liked the way for instance that Bill is initially far cheerier and less immediately judgemental about all the sinister goings on than macho heroes generally tend to be, and Lederer for his part is actually pretty great in the role of the Doctor. (If you recognise him, b-movie fans, it might be for playing the title role in 1958’s ‘The Return of Dracula’.)

Though Dr Girard is shifty and secretive to a fault to begin with, the scene in which he is eventually forced to come clean about the nature of his experiments actually becomes one of the film’s highlights. After showing Bill a notebook full of (rather cool) sketches of idealised human/animal hybrids, the doctor seems surprised when, rather than greeting these revelations with outraged disgust, Bill expresses a tentative interest in the ideas behind his work. Sensing that he might finally have found a friend, the doc immediately changes his tune, happily inviting the crude sailor down to his previously verboten basement to take a look around and see what he thinks. In terms of mad scientist etiquette, it’s really quite sweet.

Poor Frances too gets a bit more to chew on than the token dames generally do in these things, especially when her character directly addresses the inevitable question of why a beautiful blonde always seems to end up hanging around in these inhospitable locales. Concisely explaining her circumstances to Bill, she asks - what trainee nurse wouldn’t jump at the chance to marry a handsome and wealthy doctor and move to a tropical island? Be careful what you wish for, etc.

Even the servants – a teenage brother and sister whose mother, it later transpires, was killed by the monster – are fairly likeable (the filmmakers are considerate enough to credit them with a certain amount of charm and intelligence), but really, what most people will take away from this film is the memory of that monster itself.

Essentially representing a panther that has, through hundreds of hours of gruelling exploratory surgery, been transformed into the shape of a man, this ghastly, hate and fear-driven shambler, with feline fangs jutting from its jaw and wild patches of fur bursting from its mummy-like bandages, lies somewhere between Christopher Lee’s creature in ‘Curse..’ and the hideous cellar-dweller in Stuart Gordon’s Castle Freak on the fear vs sympathy scale.

Though ‘Terror is a Man’ may be subtle in some regards, the vividness with which de Leon and Romero depict the cruelty and torment suffered by this unlikely creature falls way outside the Lewton ballpark. Though there is little explicit gore, the ‘feel’ of the material probably rivals anything that had been done in the horror genre to this point for sheer nastiness.

I mean, at least Dr Moreau’s creations got to roam around in relative freedom, establishing a community and interacting with each other. This poor bastard by contrast has spent its entire waking existence in the House of Pain, leaving it crazed by the constant torment, even before the brutish Walter, resentful of the doctor’s fixation with the creature, begins delivering sadistic beatings to it, in a series of scenes more gruellingly upsetting than anything your correspondent has ever seen in a 50s / 60s monster movie.

Who can blame the misbegotten thing for going on the rampage? Certainly not I, given how comprehensively its suffering casts a pall over the ‘action’ that takes place in the second half of this curiously compelling, thoroughly down-beat attempt by two Far Eastern filmmakers to carve out a space for themselves in the Great American Grindhouse. 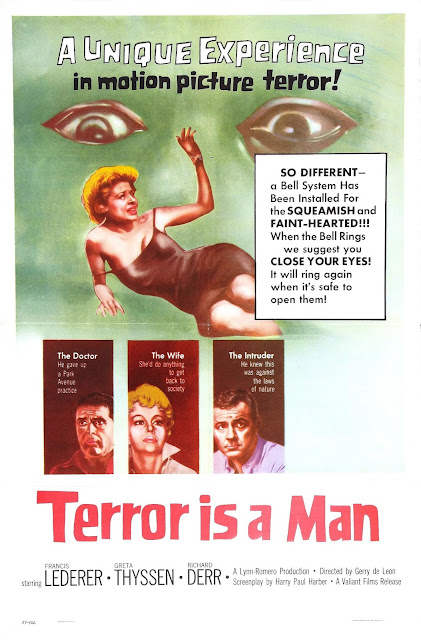 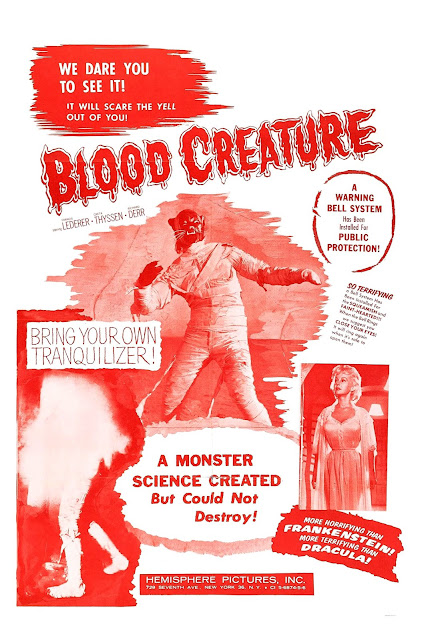 Posters sourced via Wrong Side of the Art.

Francis Lederer gave the film the gravitas and acting skills that elevated it above schlock (as he did in Return of Dracula) and Greta provided the busty teasecake for the men's magazine style poster artwork. With Lederer in control, there is no cackling over the top mad scientist in the mold of John Carradine. The ending is unusual in that the creature escapes the island instead of being killed.