The Watcher by the Threshold
by John Buchan
(Digit, 1962 / Originally published 1901) 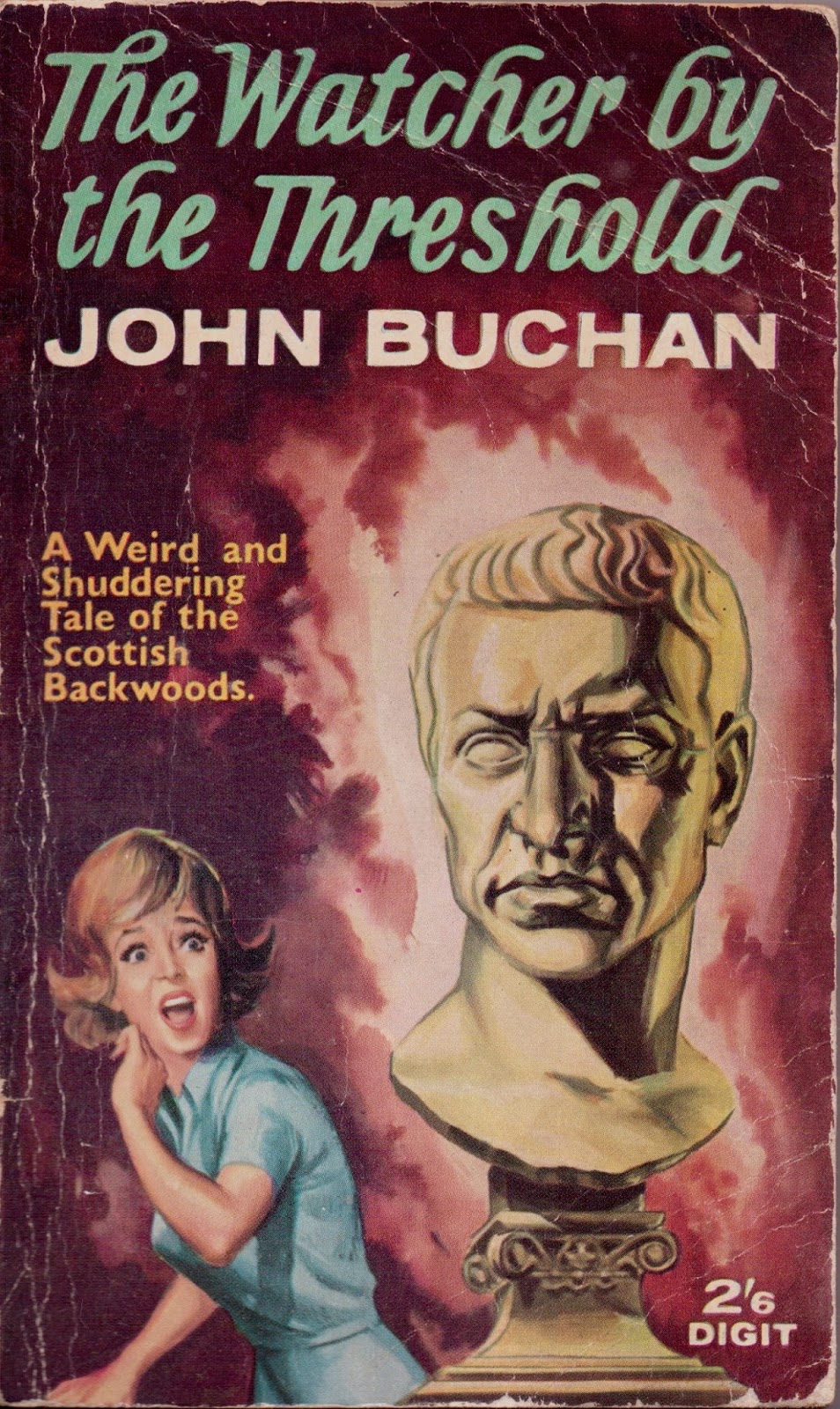 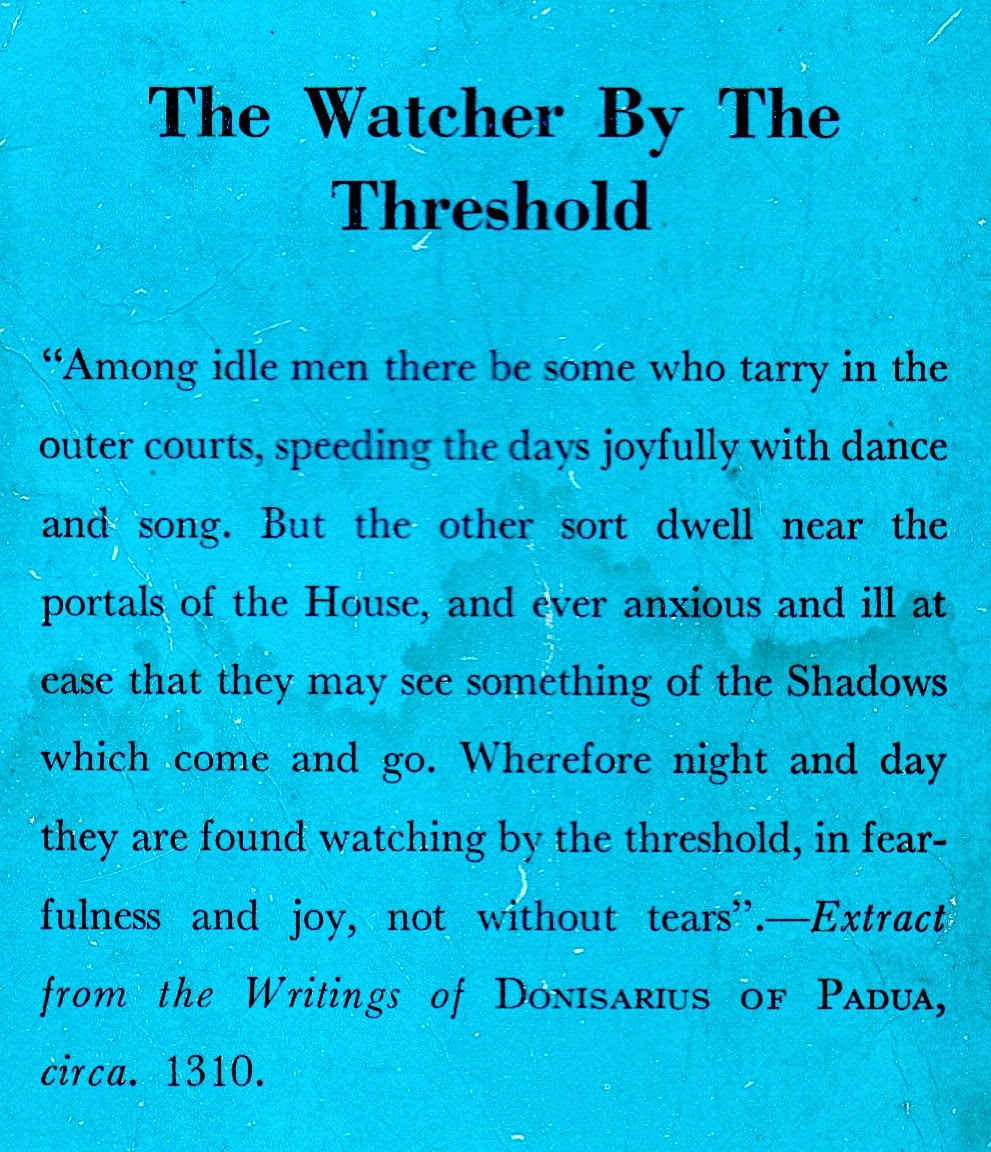 Did you know that John Buchan, remembered these days almost solely for ‘The 39 Steps’, also wrote a “weird and shuddering tale of the Scottish backwoods”?

Neither did I until I stumbled upon this one on last year’s annual Hay On Wye trip. I’d been meaning to hold off posting it here until I’d actually read the damn thing, but… that’s not happened yet, so the hell with it.

Buchan certainly got a lot done in life (check out his wikipedia entry), but to be honest he doesn’t exactly seem to enjoy the best reputation as a writer these days, and as such I’m thinking his chances of producing something as sublime as the Donisarius quote on the back of this edition are slim at best.

Actually consisting of a number of short stories published in ‘Blackwoods’ magazine around the turn of century, with a couple of later pieces randomly thrown in for this ‘60s paperback edition, the title here at least is fantastically evocative, and it’s surely worth considering the possibility that it, or the quote from which it is taken, may have gone on to inspire such Lovecraft titles as ‘The Thing On The Doorstep’ and the Derleth "collaboration" The Lurker on the Threshold’, alongside innumerable similarly monikered horror and mystery stories.

Chances are, it’ll just comprise a few meandering old dark old house / inheritance feud type yarns, but I certainly won’t write it off until I’ve given it a go. Maybe after I’ve finished the book I’m on at the moment… and that other one I want to read immediately, and all those comics and old movie books and…

Nice find! Buchan's short ghost stories are pretty damn good, though very much of their time. School of M.R. James, E.F. Benson and the rest. To be read wearing tweeds, with a pipe and a good single malt to hand. His weird novel 'Witch Wood' is also well worth picking up.

I so tarry in the outer courts.

John Buchan wrote some fine weird fiction. The Gap in the Curtain is very odd. Witch Wood is worth reading. I thought Watcher on the Threshold was excellent. Very moody.