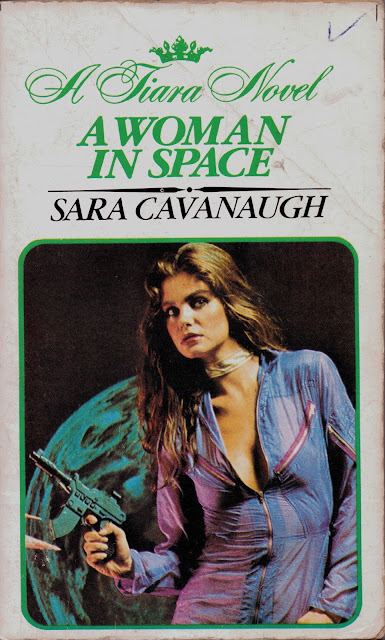 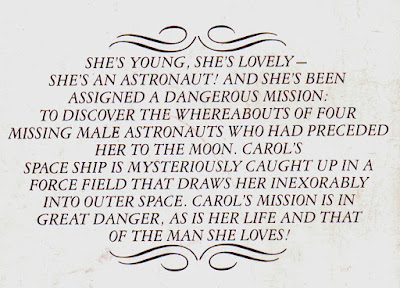 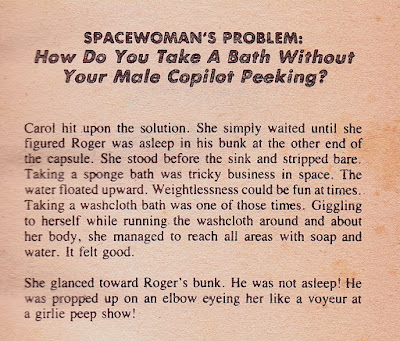 When I added this early ‘80s romance paperback to my library, certain parties questioned my decision.

All I can do in response was to draw their attention to the cover photograph and back cover blurb, and to paraphrase Electric Wizard: you think you’re civilised, but you will never understand.

Research-wise, any chance I may have had of finding a brief history of the ‘Tiara’ series of books via google has been effectively obliterated by a popular children’s manga series of the same name, and the internet also gives us nada on ‘Sara Cavanaugh’ beyond a few cover scans and broad mockery of this novel, suggesting either a one-off house pseudonym or an unsolicited manuscript that got… well I hesitate to say “lucky”.

SF columnist & humourist David Langford obviously made his way through ‘A Woman in Space’ at some point however, as he picked out the following passage as part of a collection of sci-fi goofs & howlers:

“A few hours had passed since they had been pulled away from the moon. A few hours and millions of miles. The moon was no longer visible, not even as a star. The whole thing was so crazy, weird and far-out. It was as though they were floating in a giant vacuum.”