The Curse of the Werewolf
(Terence Fisher, 1961) 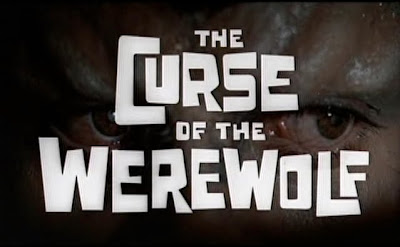 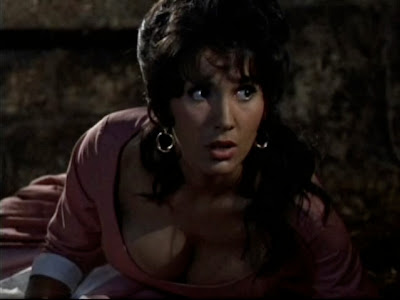 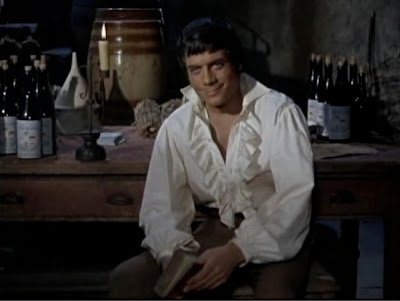 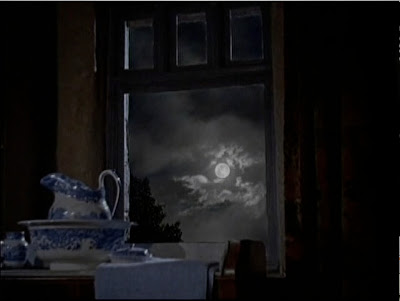 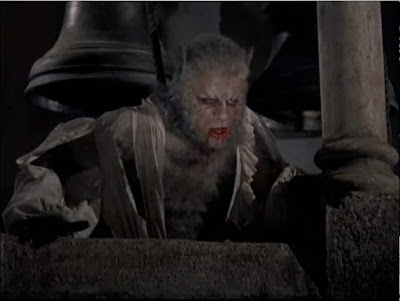 The only werewolf movie ever attempted by Hammer, and to be honest it’s not hard to see why. Not that there’s anything wrong with ‘Curse..’ exactly, but it’s certainly one of the most peculiar, loosely structured horror films the studio made during their ‘classic’ era, marred by a number of downright odd production decisions.

For a start, it’s supposed to be set in Spain, a circumstance that seems fairly inexplicable for a film made in England with a screenplay based on Guy Endore’s book ‘The Werewolf of Paris’. Apparently it was down to Hammer’s desire to reuse a bunch of sets that were lying around from an aborted Spanish Civil War film. Despite the best efforts of cast and production team though, this unconventional setting never quite gels, and the film is full of weirdly incongruous elements of ‘local colour’ that lend a certain feeling of dislocation to proceedings.

Funny isn’t it how a gothic horror film can purport to be set pretty much anywhere in central or Eastern Europe and still seem plausible as everybody storms about with English accents, but Spain just doesn’t ring true at all? (Hammer ran into the same problem again a few years later of course with ‘The Devil Ship Pirates’, only there it was exacerbated by the fact that the Spanish English were pitched against the English English, leading to confusion all round.)

(Whether or not this geographical detail gave the film a higher profile in Spain I’m not sure, but it’s an interesting point to ponder, given the possible influence exerted by Hammer’s sympathetic werewolf-hero on the wolfman created by Paul Naschy later in the '60s..?)

Perhaps more crucial to ‘Curse..’s commercial failure than the cockney Spaniards though is the decision to open the film with a whole half hours-worth of historical prologue, much of which seems less like a horror flick and more like some particularly morbid variation on an old Alexander Korda costume drama. There is at least an engagingly gruesome tale being told here, of a mute serving girl (Yvonne Romain) who, as the Mounds and Circles weblog put it recently, “..is unjustly imprisoned, raped by a feral lunatic, commits murder, gives birth to a werewolf and then kills herself”. Nice.

With an appropriately cruel and downbeat tone to them, these scenes – including Anthony Dawson’s fine turn as a cringing, debauching aristocrat - are actually very good, but with no central character or linear narrative to hang our hats on, even the most patient viewer will be asking WHERE THE HELL IS THE GODDAMN WEREWOLF ALREADY by the time the first half hour creeps by. Subsequently, we have a long segment detailing the adoption, christening and early life of our wolfman character, together with an extensive deviation into the nature of disagreements between a number of local shepherds and the ineffectual night watchman charged with protecting their flocks from wild animals, before we cut to ‘the present’ and our leading man Oliver Reed finally strolls on-screen with a carefree swagger just before the 50 minute mark.

Now, I don’t have to tell you that Oliver Reed as the wolfman is a bit of a hole in one and should naturally have been allotted more screentime, but in fairness to Hammer this was a good few years before Reed became a household name. In fact, like some of his other early b-movie roles (think ‘Beat Girl’ or ‘67’s ‘The Shuttered Room’), it’s interesting to see him cast not as the brooding tough guy, but as more of a feckless, happy-go-lucky young fellow, capering ‘round the screen like a bull in a china shop. Of course, being a werewolf and all, it’s not long before he gets to bring a more characteristic palette of angst, confusion and physical menace to the role.

As with ‘Baskervilles’, production values are top-notch in spite of the fell-off-the-back-of-a-lorry sets, and from his introduction onward, the film really picks up steam, finally heading in the direction we might have initially expected from a Hammer werewolf movie starring Oliver Reed. Well, kind of. First our hapless young lycanthrope gets a job bottling wine at a vineyard (“there’s the labels y’see, and there’s the bottles – you put the wine inside, you put the labels outside” says his layabout buddy Jose, showing him the ropes –another great low-key performance from TV actor Martin Matthews). Then he cultivates an unthinkable, Romeo and Juliet style relationship with the daughter of the vineyard owner, a circumstance confounded both by a long-standing family enmity and, more pressingly, our lad’s frequent full moon rampages.

A lot of fun if you’ve got a bit of patience, there is much to enjoy in ‘Curse..’ – some fantastic moments, quality performances, Oliver Reed being a frigging werewolf, and a well-told, heart-string tugging take on the old doomed wolfman tale at its core. With it’s rambling prologue, frequent down-time and odd digressions into low-rent historical epic territory though, the overall impression you’re left with is less that of a classic Hammer, more one that’s just… kinda peculiar.

I'm gonna find this and watch it now.
Sure It's Relevant?

I remember finding the soundtrack for this one strikingly stark and disorienting when I first saw it on TV, and was surprised to hear an extract by chance on BBC Radio 3 many years later. It's by Benjamin Frankel, and IMDB reckons it's the first use of serialist principles of composition in a British film.

Really enjoying the Gothic Horror Round-up series - hope you're having as much fun writing them!

Wow, that's really interesting... to be honest, I don't really remember the music from this one at all, but will have to go back and give it a listen. I'm not really a big fan of serialist music by and large, but I do love the really ominous, discordant music that Elisabeth Lutyens did for 'Earth Dies Screaming' and 'The Skull' - I think that sorta thing works well in horror movies.

Glad you enjoyed these short write-ups - yeah, I was enjoying them, and had a few more planned, but as ever, life and work and travel got in the way over New Years... sorry about that.