This Week’s Wheatley:
The Devil And All His Works
(Book Club Associates, 1977 / first published 1971) 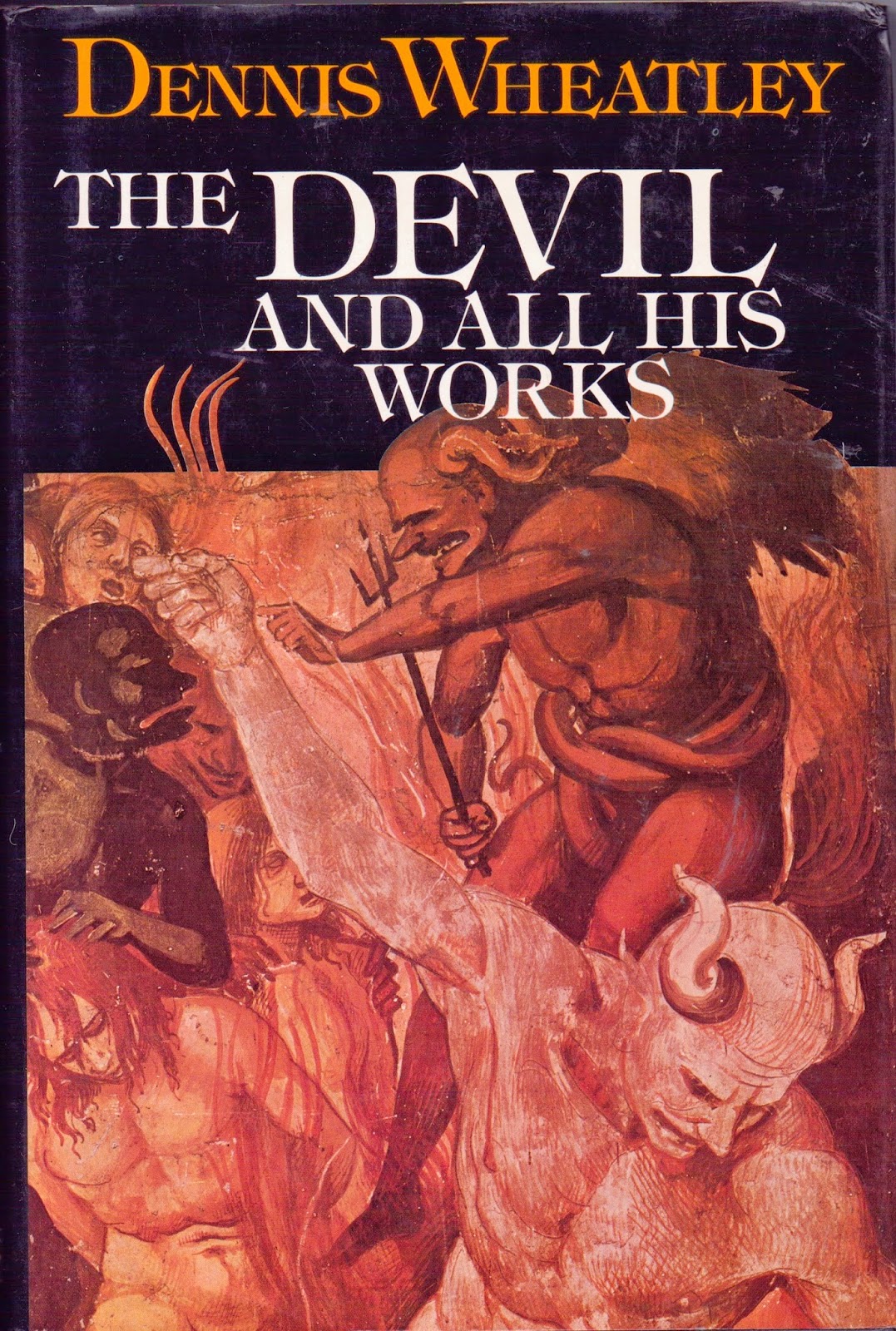 My history with Dennis Wheatley’s coffee-table opus ‘The Devil And All His Works’ goes back a long way. During my childhood, a copy used to sit on the ‘expensive hardbacks’ shelf behind the counter at a second hand bookshop I’d occasionally visit with my parents, and naturally I coveted it. Even then, the book’s appeal to me was based more on humour than an earnest desire to learn about the occult – I remember thinking how funny it would look on the shelf, and what a perfect volume it would be to be caught idly flicking through when the vicar called ‘round unexpectedly. But still, I knew I must have it.

My parents however disagreed, and decreed that I had better things to spend my pocket money on than big books about the devil. Fast forward to the present day, and when I saw a copy being sold for pennies recently in a charity book fair, I couldn’t help picking it up, just to celebrate the fact that I’m all grown up now and can buy whatever books I damn well please, ha ha ha. Of course, I won’t be laughing so hard when another one of my living room shelves collapses under the sheer weight of stupid books I’ll never read, but for the moment, let’s all enjoy a furtive tour through ‘The Devil And All His Works’. 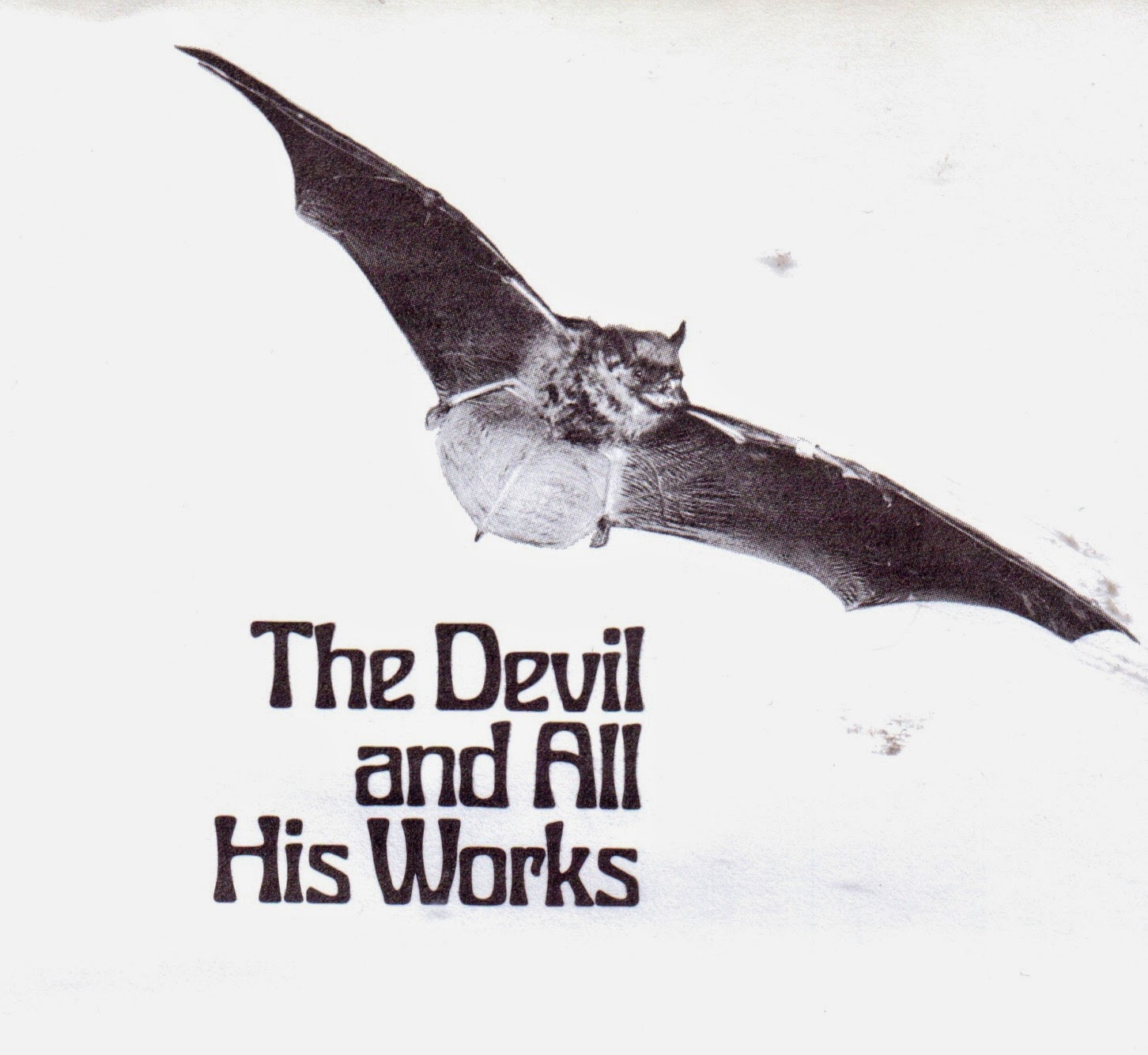 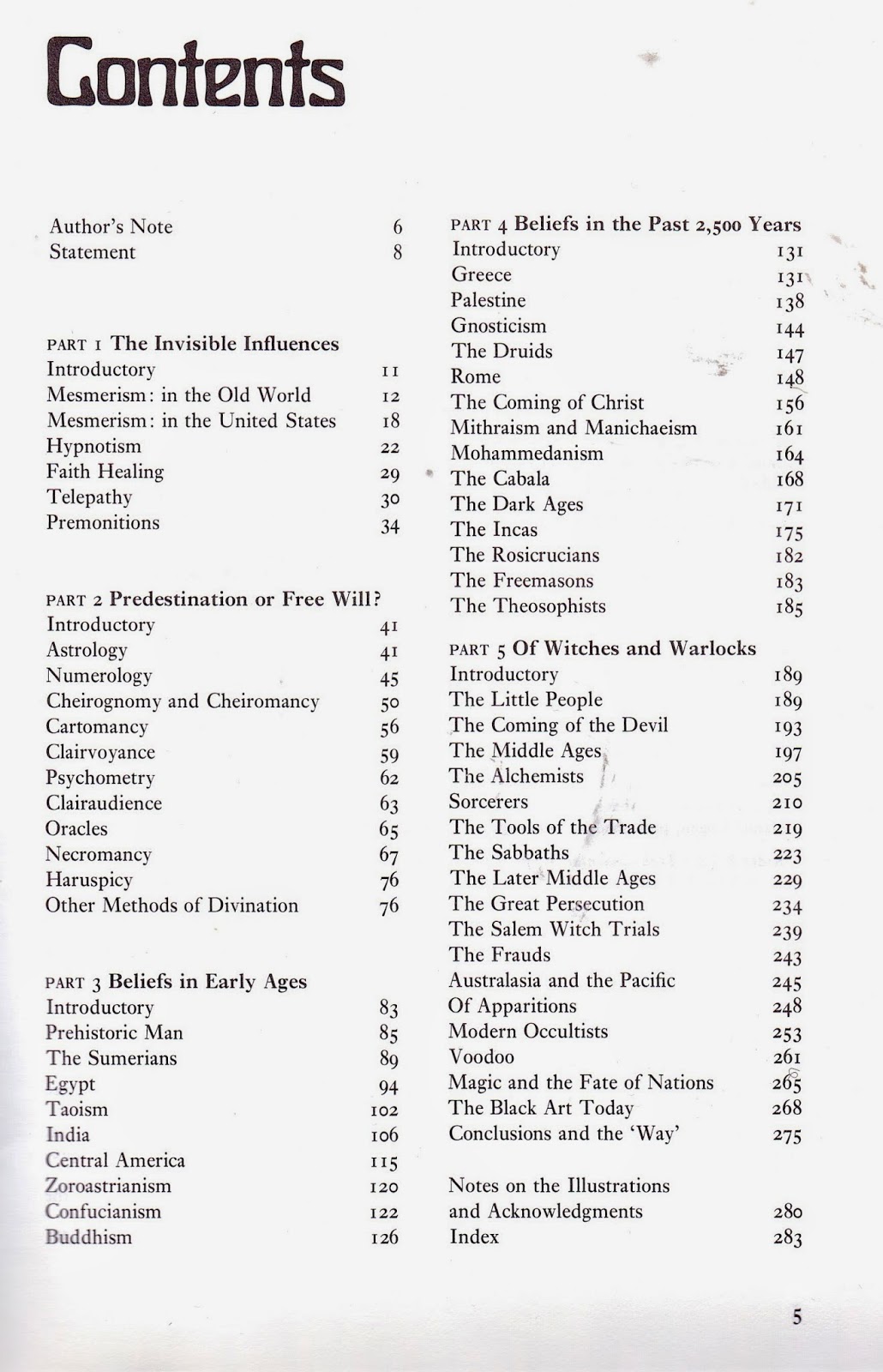 Upon first glance, Dennis’s characteristically trenchant take on the influence of "The Devil" upon world history and culture is as grim as you’d fear, with “..All His Works” apparently incorporating phenomena as varied as hypnotism, pyramids, Aubrey Beardsley, “Mohammedanism”, yoga and Victorian fairy photography. But to give Wheatley his due, the book is actually fairly readable once you get stuck in, veering randomly from one subject to another in the best head-spinning ‘70s occult paperback tradition, and adopting an amiable and anecdotal “rambling old gent in a rural pub” kind of tone that’s actually quite enjoyable.

You could say Wheatley’s decision to summarise the entire history of human spiritual belief within the pages of a book entitled ‘The Devil And All His Works’, placing potted summaries of the world’s major religions in between loads of guff about table-tapping and the Salem witch trials, is questionable at best, horribly irresponsible at worst, but if you’re prepared to put such concerns aside and just go with the flow, he does at least manage to approach *most* subjects with a certain amount of surface level knowledge and respect. 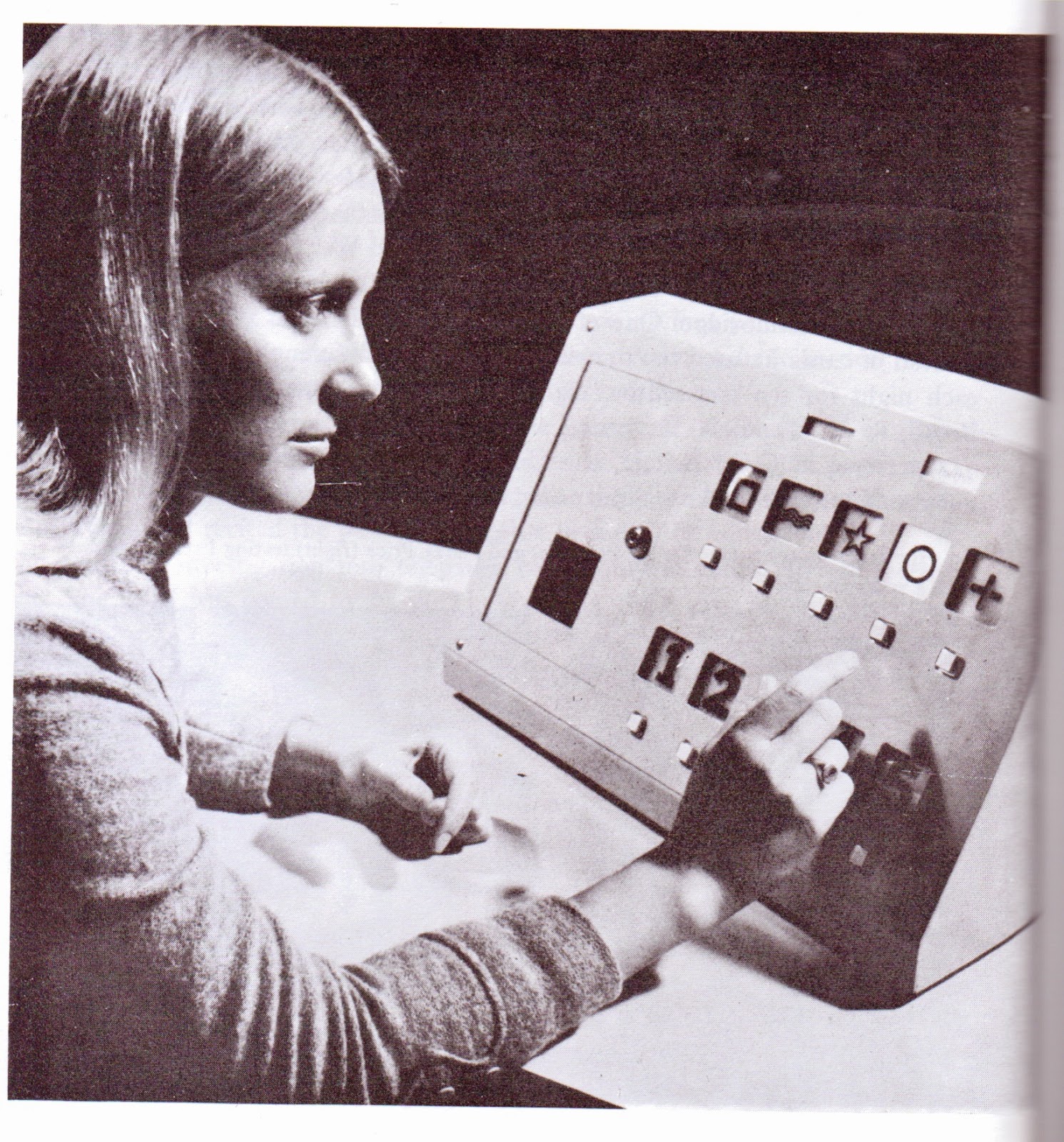 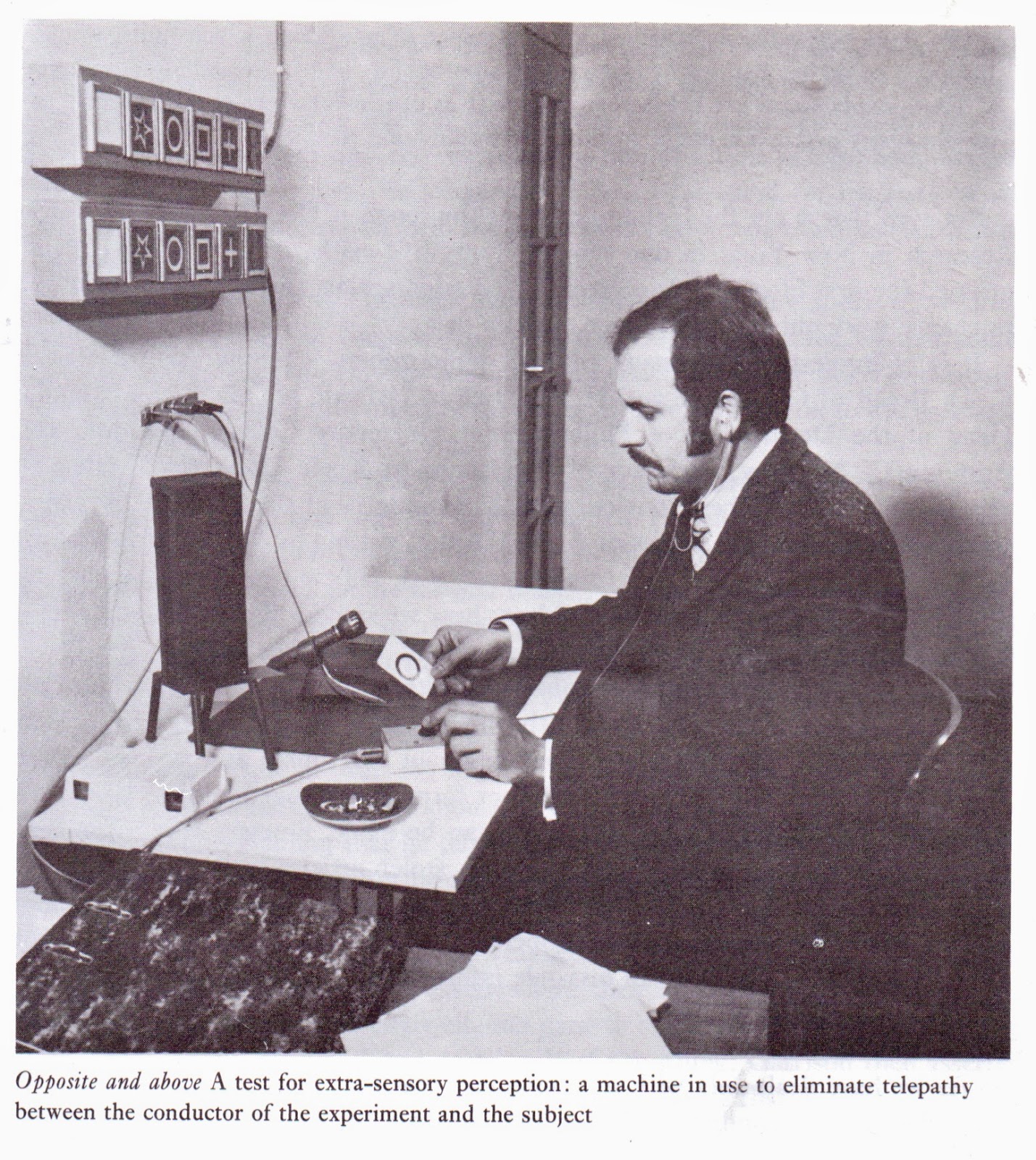 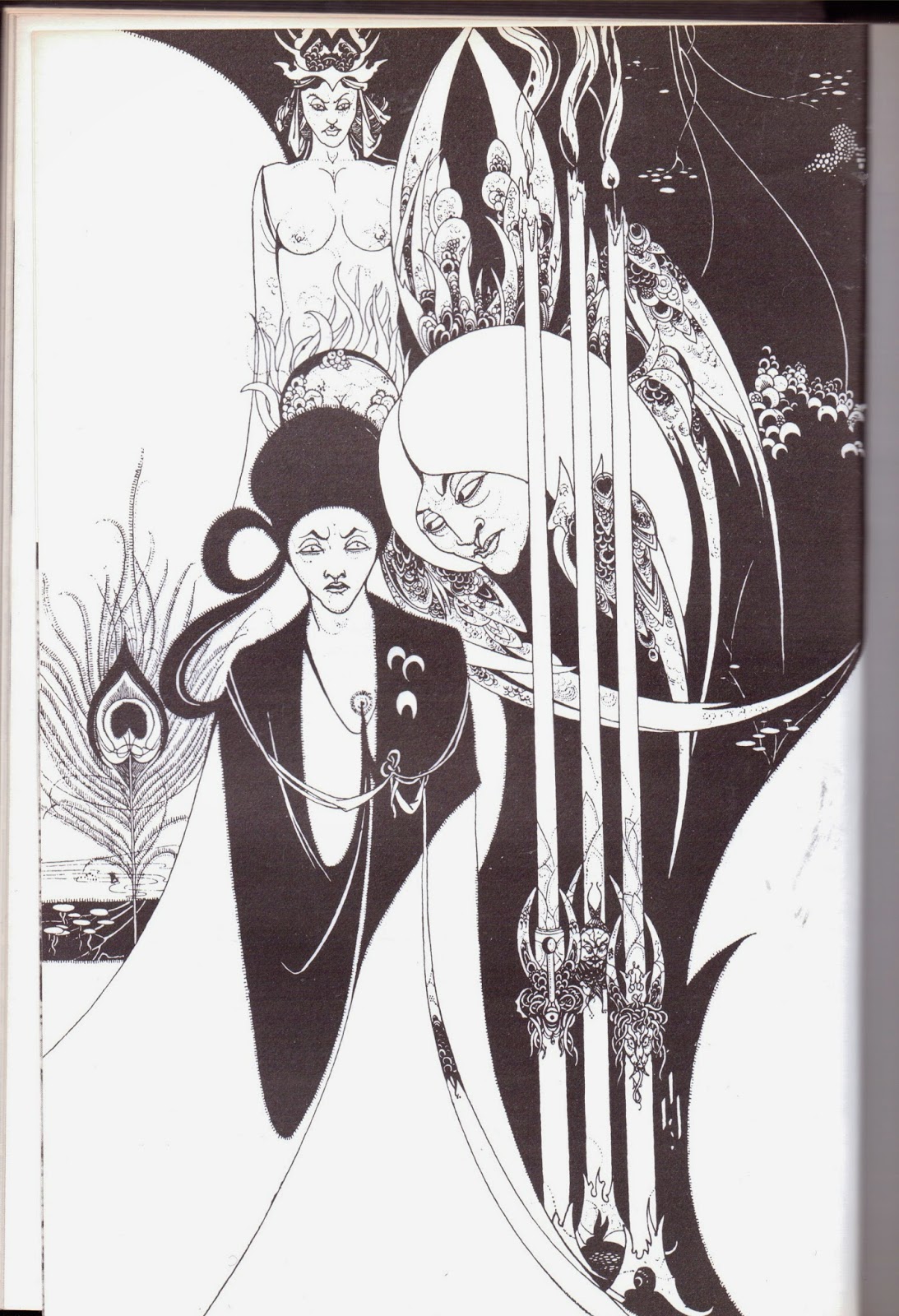 P.66 - ‘Revelation of the black art to a neophyte by the fiend Asomvel’ 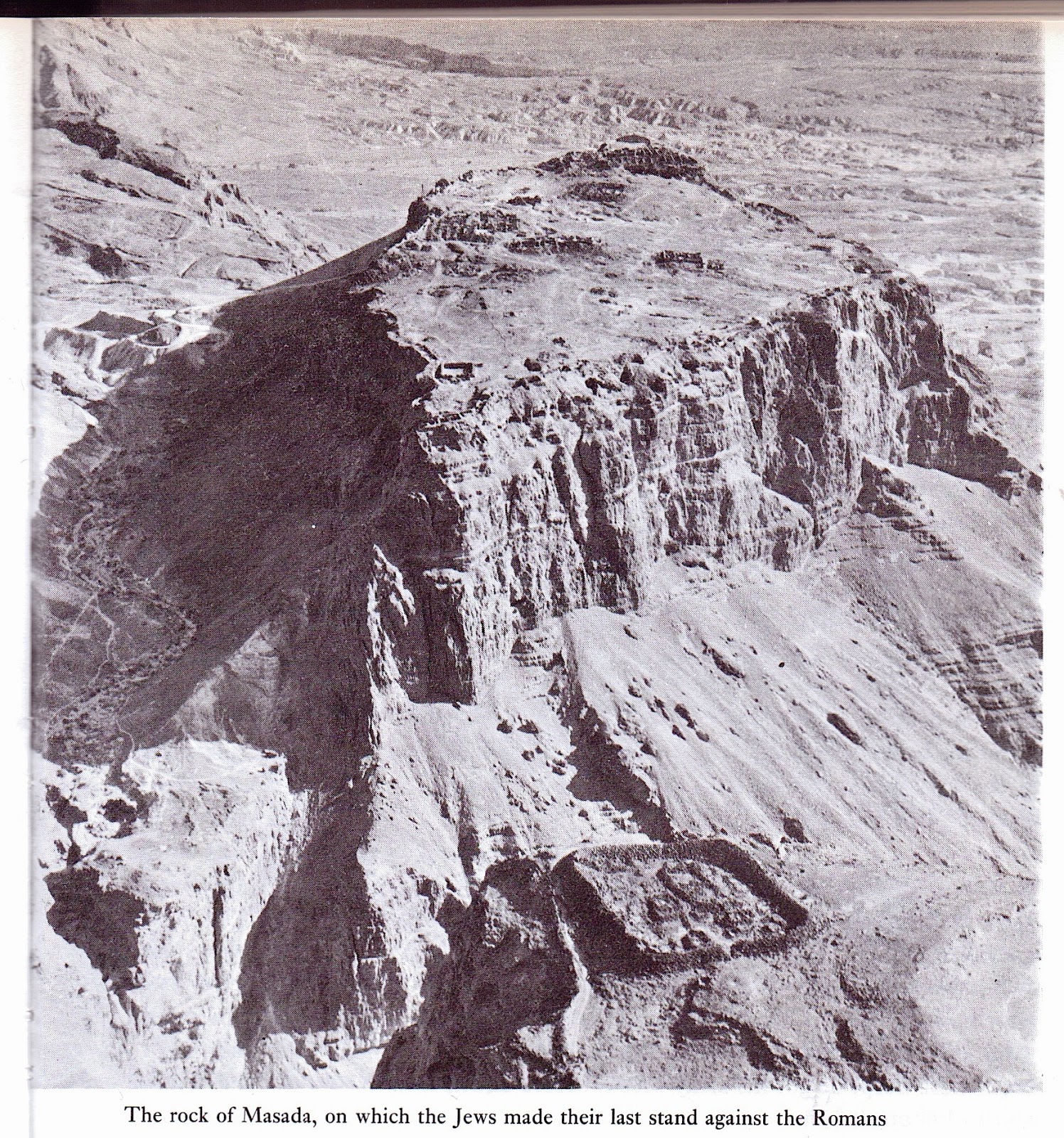 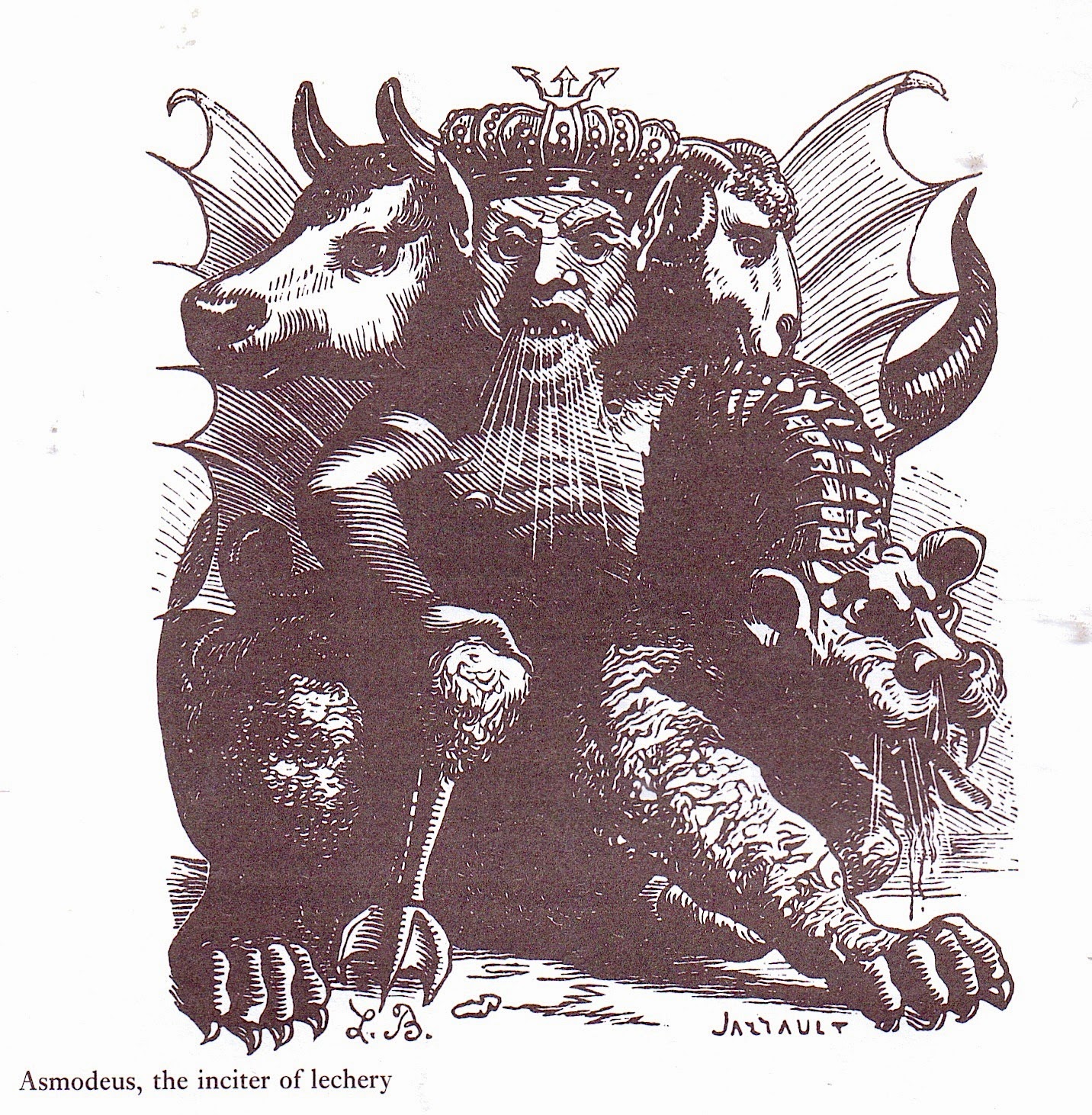 Of course, the downside of listening to rambling old blokes in pubs is that it’s usually only a matter of time before they start busting out the racism and barmy OAP conspiracy theories, and such is the case here too, I'm afraid.

Even taking into account his age and era, the delight Wheatley appears to take in using the terms “Negroes” and “Asiatics” every few pages begins to grate after a while, and despite his general tone of curious acceptance of those foreigners and their funny ways, there are occasional lapses into outright offensiveness, the most deplorable and unpleasant of which is perhaps the chapter in which Wheatley gives us his views on ‘voodoo’, apparently whilst channelling Andre Morell in ‘The Plague of the Zombies’:

“This is one of the vilest, cruellest and most debased forms of worship ever devised by man. Its origins lay in darkest Africa, and the Negro has carried its foul practices with him to every part of the world which he inhabits; and now even, I am told on good authority, to several cities in England.”
[…]
“The Caribbean islands, Brazil and the Southern United States are all riddled with voodoo, but its heartland is the black Republic of Haiti. In 1908 Celestina, the daughter of the President, and a powerful mambo, was married to a goat. When it died it was buried with the rites of the Christian Church.”
[…]
“A Voodoo altar looks like a cheap jumble sale. One that I saw in Brazil had heaped on it pictures of the Virgin Mary and several saints, bottles of Coca-Cola, little pots of wilted flowers, shredded palm fronds, a dagger, a fly-whisk and flasks of rum. But so primitive still are some of these people that Voodoo ceremonies are held to appease spirits that they believe to live at the sources of rivers”
- pp. 261-262

Such views may be more or less what you’d expect of a staunchly conservative servant of the crown born in 1897, I suppose, but that still doesn’t make his sub-horror movie demonisation of pan-African belief systems any more palatable, especially given the Daily Mail-like note of panic about these “cruel and bestial practices” finding a home in “several cities in England”. 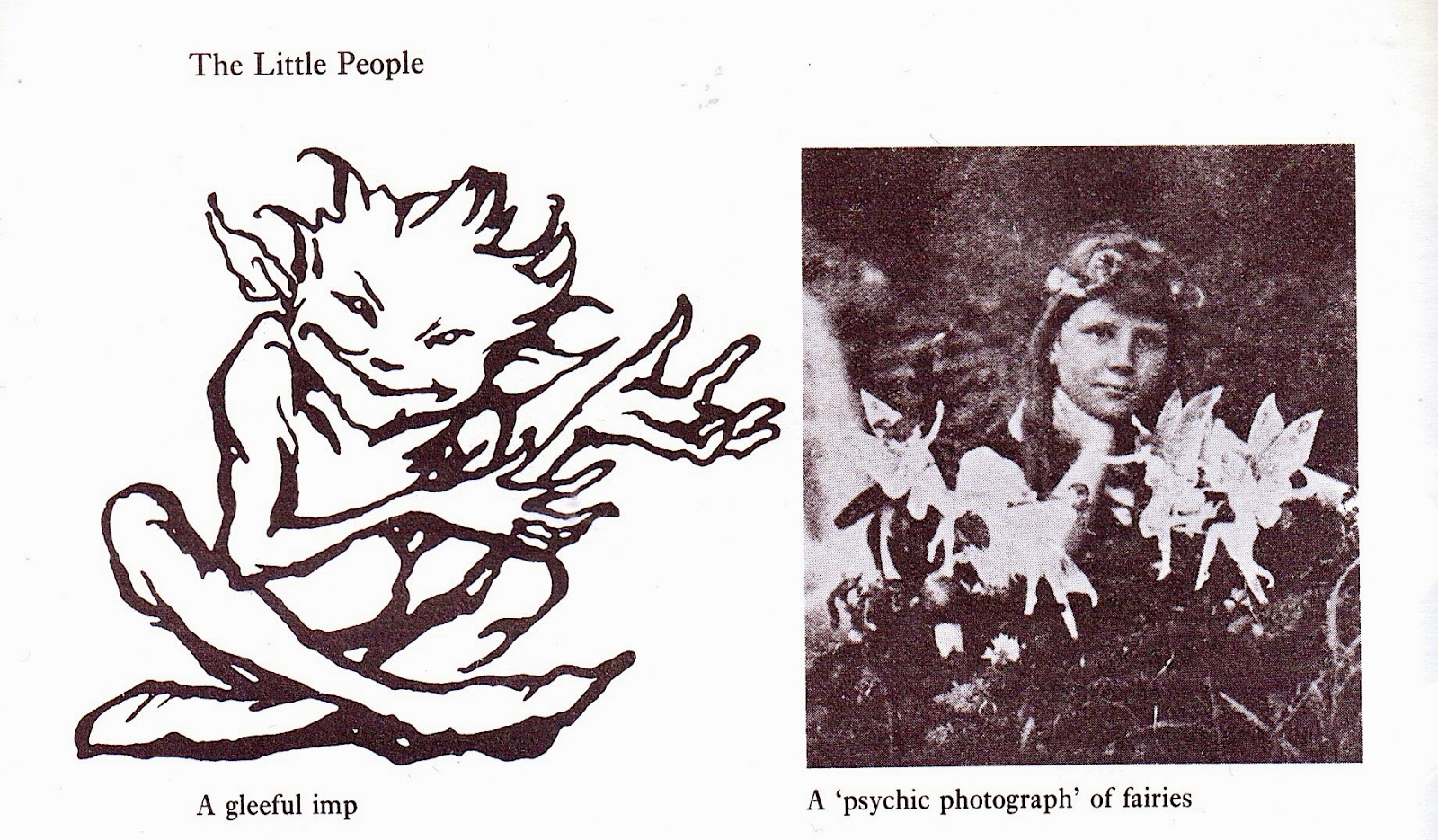 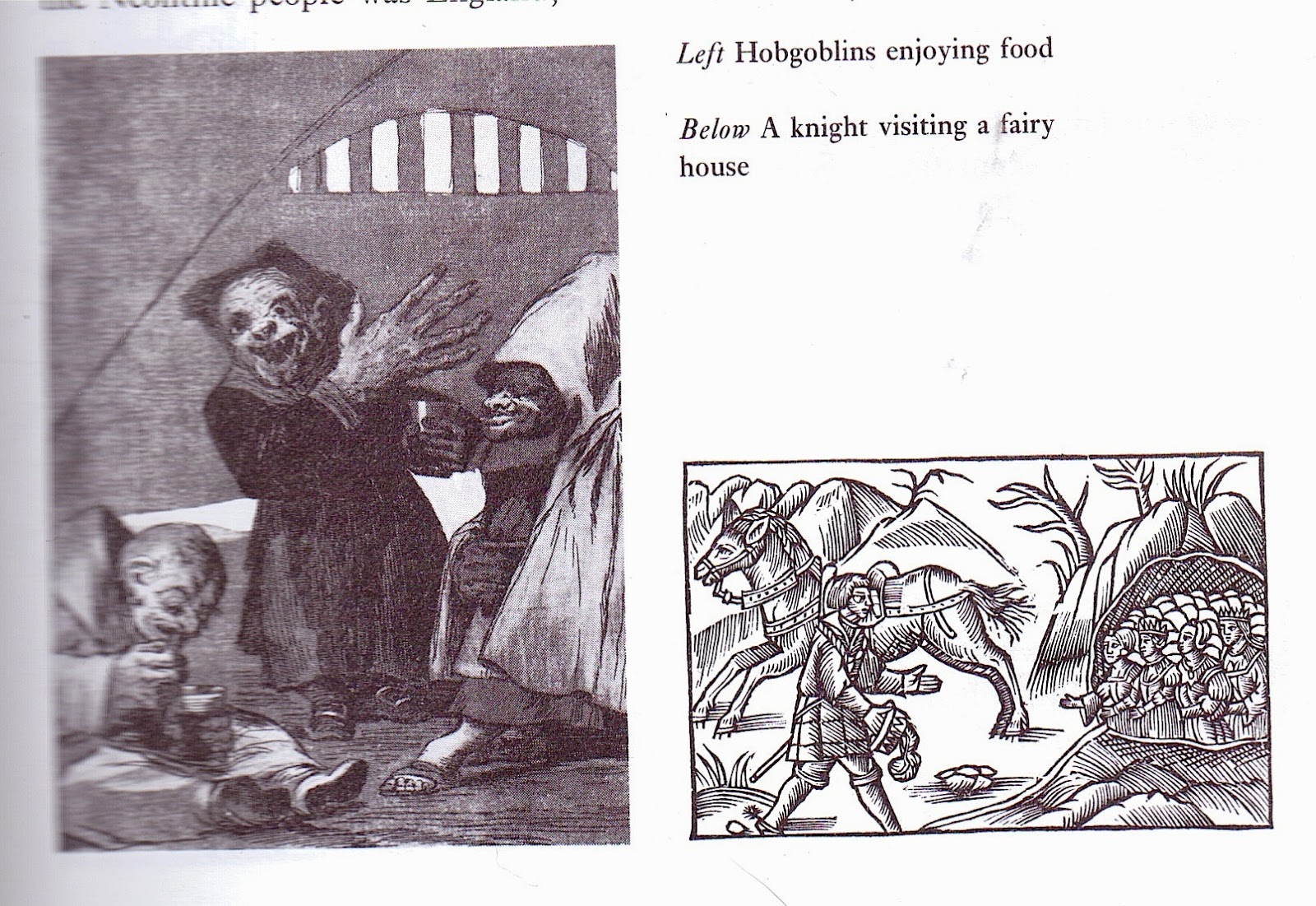 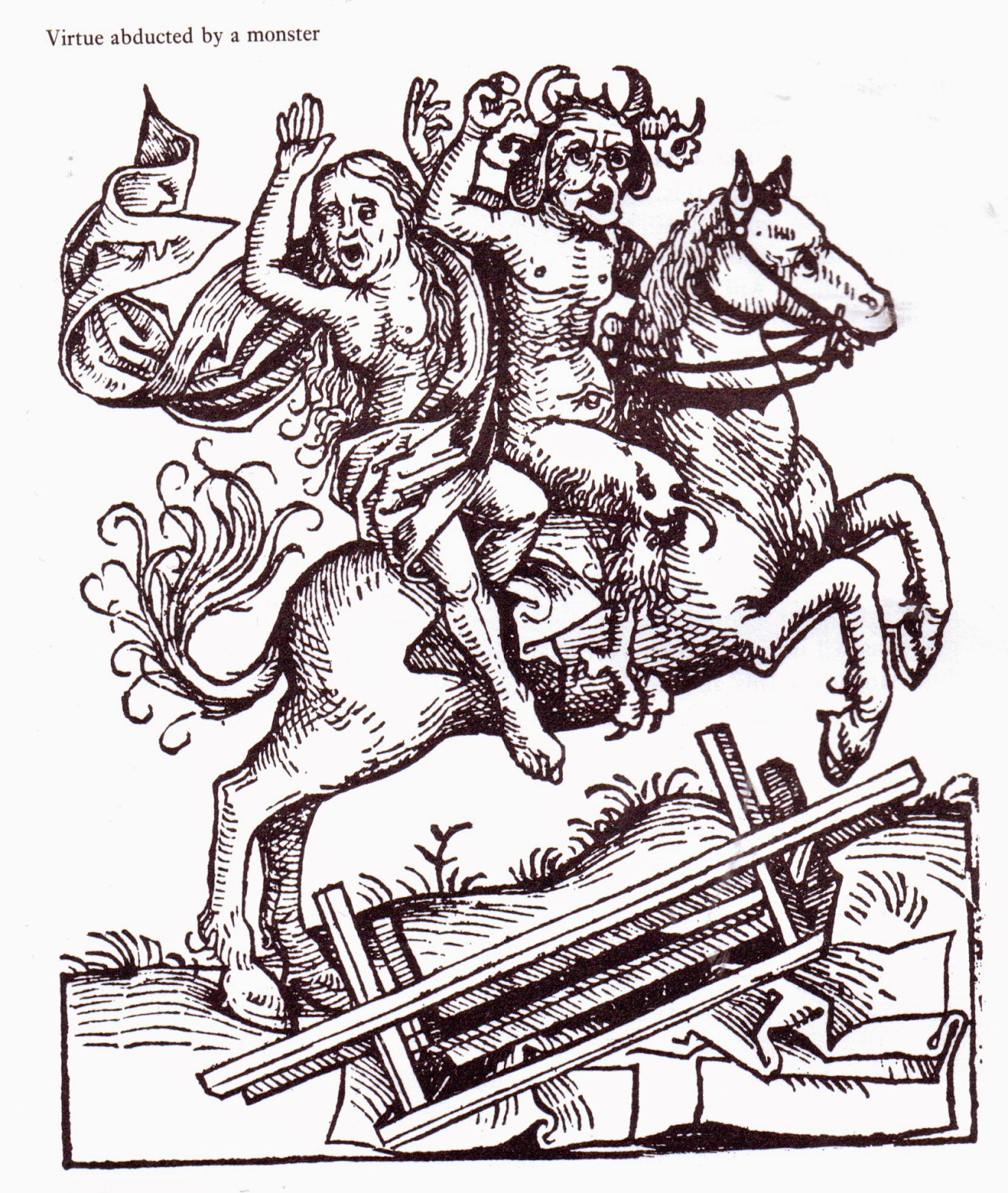 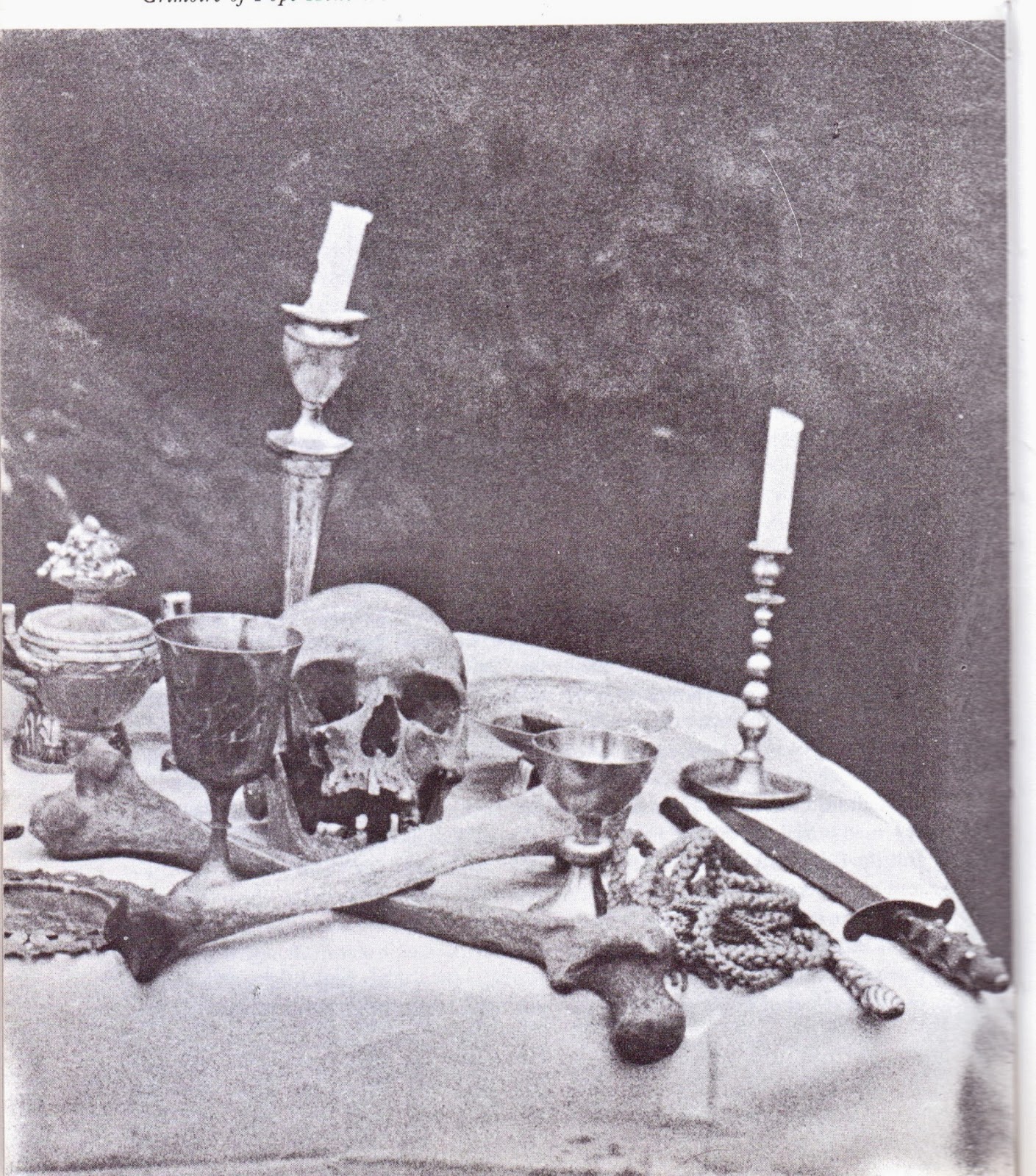 Subsequent to this, ‘The Devil And All His Works’ also finds time to give us a mammoth dose of Wheatley’s strident ‘good vs. evil’ cosmology and imperialist rhetoric, with some melodramatic tabloid scare-mongering thrown in for good measure.

Concluding his section on ‘The Black Art Today’, the author turns his attention to the emergence of the ‘permissive society’, and as you’d imagine, the results aren’t pretty. Likening young people’s apparent enthusiasm for “..the spilling of semen in lust without affection” to “..ringing a bell for The Devil”, he leaves us with some rather startling assertions on where “the practice of such perversions” may lead us;

“Assuming that I am right, and that such genuine black magicians as there are concern themselves very little with romps, but a great deal with bringing about disruption through causing conditions that lead to widespread labour unrest and (wherever possible) wars, this does not mean that covens run by frauds are harmless. Far from it. One does not have to know the secret rituals to attract the powers of darkness.”
[…]
“All these thousands of young people who have become initiates of covens are liable to become pawns of the Power of Darkness in its eternal war with the Power of Light. If this continues on an ever-increasing scale, the inevitable result will be a return to the brutal lawlessness, insecurity and poverty of the Dark Ages.”
- p. 272

In his concluding chapter, Wheatley hits us with The Way It Is:

“The lesson the great empires left us was that rulers should rule, and for the past two decades the governments of the Western World have failed to do so. Freedom of speech, freedom of the press and freedom of assembly are a part of our inheritance; but not the right to destroy property, gun down the police and attack peaceful citizens, nor the right to form covens that call upon occult forces and send their members out to rob, rape and murder.”
[…]
“In every city in Europe and the United States malcontents create riots in which they smash the windows of embassies, ruin sports grounds, set fire to buildings and create outrages which no proper government would tolerate. Is it possible that riots, wildcat strikes, anti-apartheid demonstrations and the appalling increase in crime have any connection with magic and Satanism?”
- p.276

No. Not really. But please, do go on…

“To stamp out Satanism entirely is, I believe, impossible. But the Roman Emperors kept it in check by forbidding sorcery, and in Britain, until 1951, the practicing of witchcraft was a crime. No civilised person would dream of initiating witch hunts such as those that took place in the seventeenth century. But I am most strongly of the opinion that to fight this evil, which is now a principal breeding ground for dope-addicts, anarchists and lawlessness, new legislation should be introduced.
Psychic investigation should be encouraged, but only under license; and persons participating in occult ceremonies other than those approved by a responsible body should be liable to prosecution.”
[…]
“What is the solution? Some argue for corporal punishment. Others believe in various methods of re-education. In recent times, in Britain, a vociferous minority of do-gooders have turned prisons into clubs where inmates enjoy excellent food, games, libraries, television and concerts. Surely, to be effective, prisons should not be merely houses of detention but correction. This might soon lead to their no longer being overcrowded.”

And so it goes on; you get the picture, I’m sure. Trying to end things on a more positive note, Wheatley spends his last few pages holding forth about reincarnation and the wheel of karma, the internal calm that comes from dedication to the powers of goodness, and other such hippy-friendly notions, but it all rings a bit hollow after the red-faced frothing that has preceded it.

So, in conclusion, I think my parents were probably quite wise to not let me buy this book. I mean, I’m sure I would have coped just fine with the etchings of the Spanish Inquisition and pictures of Maxine Sanders running around in the nude and so on, but the author’s editorial content on the other hand is the kind of thing that could have given a growing lad some right funny ideas. 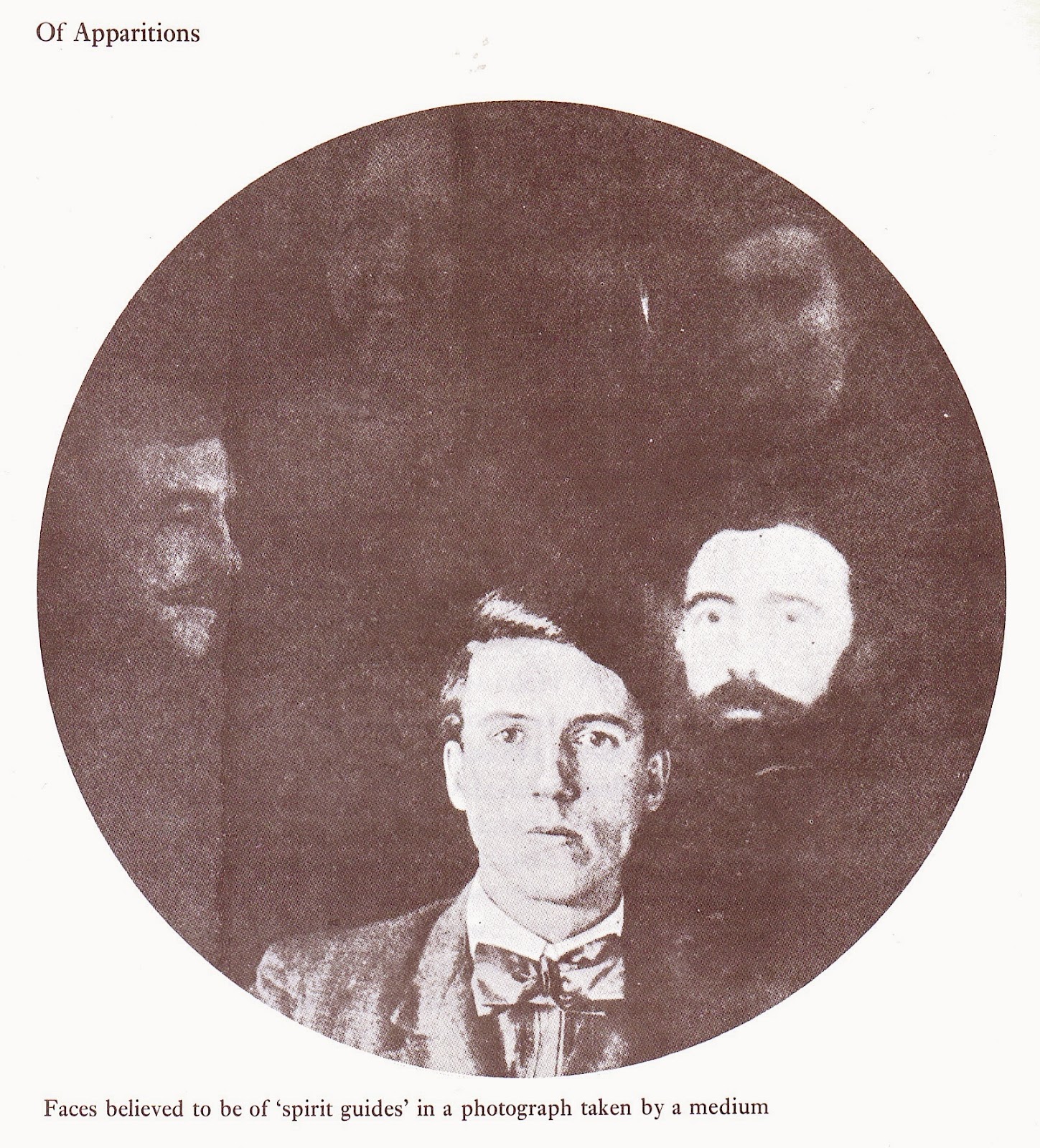 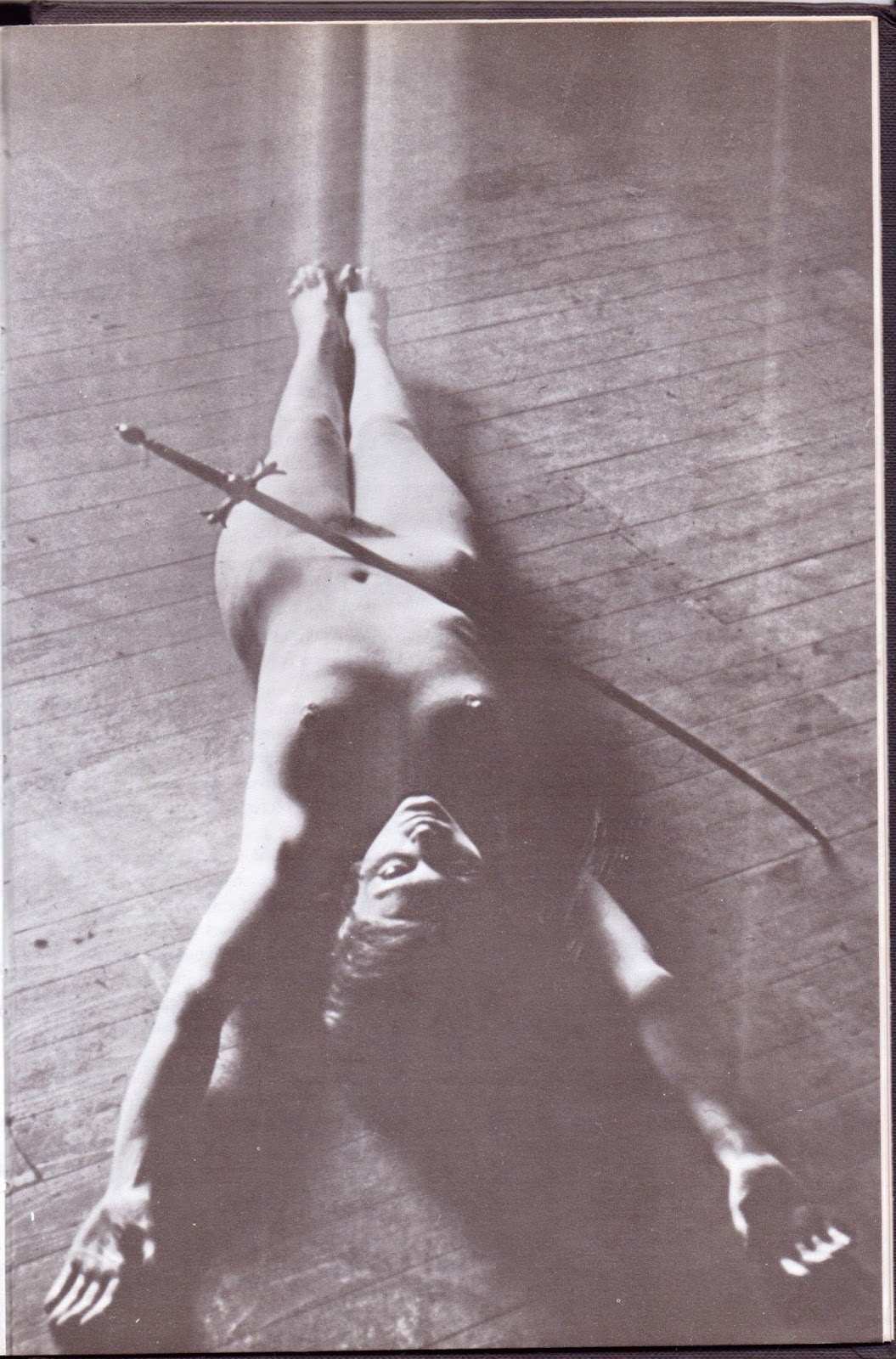