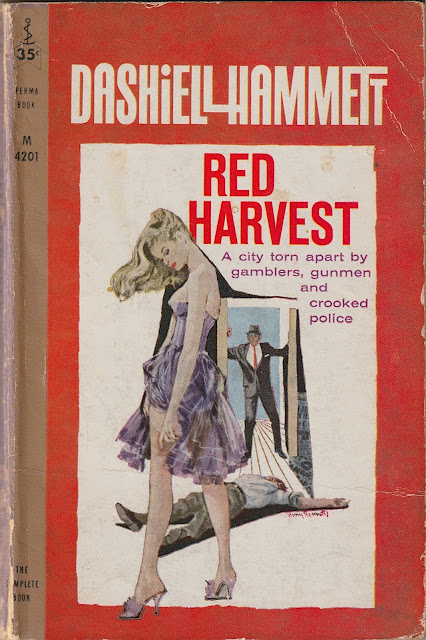 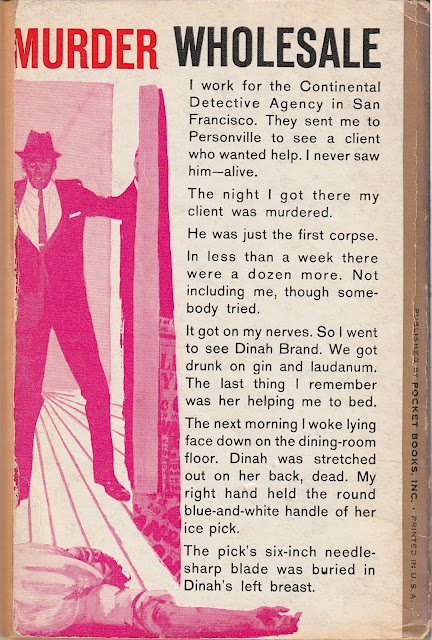 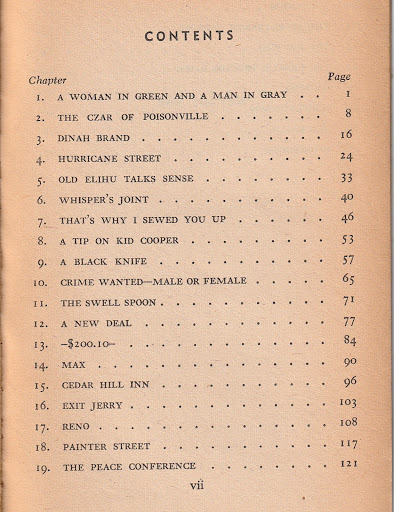 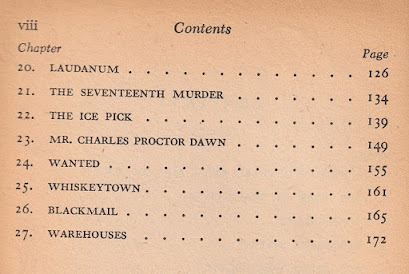 I have mixed feelings about the cover to this late ‘50s/early ‘60s U.S. paperback edition of ‘Red Harvest’. On the one hand, Harry Bennett’s illustration is clearly a great piece of pulp cover artwork, no question. The manner in which it is presented however clearly leaves a lot to be desired. With the painting apparently sliced out by hand and stuck against a decidedly unflattering white and red background, the whole thing is in fact a bit of a disaster area from the design point of view, and doesn’t look terribly appealing. Furthermore, if you compare the front cover to the tinted detail from the illustration blown up on the back, you’ll get an idea of how brutally Bennett’s art has been squashed down here, and how much detail has been lost in the process of printing it at reduced scale. That great “huh?!” expression on the male figure’s face for instance is totally gone, along with who knows how much else.

(I would also complain that that expression seems entirely out of keeping with the stoic manner in which Hammett’s Continental Op greets the novel’s ever-increasing pile of corpses, but then the scene and characters depicted here by Bennett don’t actually seem to match anything in the book very well at all, so what the hey, right?)

It’s also interesting I think to observe how little Pocket Books chose to play up the fame and importance of this book and its author in their cover copy here. We’re over three decades away from ‘Red Harvest’s initial publication in 1929 at this point, and this edition was in fact printed in the very month of Hammett’s death (January ’61), but there’s still no “..the classic first novel from the celebrated author of ‘The Maltese Falcon’..” type blurb here, and no pull quotes from critics or noteworthy admirers.

Instead, they’ve just stuck a summary of the book’s most lurid and violent moment on the back, bluntly re-worded by an anonymous copy editor - basically treating the storied originator of the hard-boiled idiom in much the same manner as they would some random mug who just sent in an unsolicited manuscript hoping for the best. Which is fine, don’t get me wrong - in fact it’s entirely in keeping with the no nonsense / straight-down-to-business tone of the novel. It’s just… interesting, that’s all.

Could it be, that in the hey-day of more shamelessly populist detective writers like Spillane and Prather, Hammett’s vintage and reputation might have been seen to count against him in the marketplace? As in, perhaps this genre was pointedly NOT being sold to an audience who cared to read an old book that a bunch of fuddy-duddys at the newspapers liked, at this particular point in time?

Be that as it may, it’s fair to say that this hypothetical audience of uncultured brutes would surely not have been disappointed by ‘Red Harvest’, a book which still sparks with barbaric, ill-mannered energy over ninety years after it first hit the streets.

One thing I will say for the presentation of this “perma-book” is that it still remains readable after sixty years and at least one ocean crossing, and having ploughed through it this week, I’m happy to report that ‘Red Harvest’ remains my favourite of Hammett’s novels, half a lifetime since I first gave it a whirl as a teenager.

As violent, action-packed and callously cynical as anything those aforementioned later writers could have come up with, it stands above them not so much through any sense of refinement or literary pretention, but simply because it’s wittier, more stylish, more tightly constructed and more insightful in its unpacking of the ways in which corruption and back-room power games devalue life in America than pretty much any of its author’s subsequent competitors. Essential reading, needless to say.

For the record, minimal online research reveals that Harry Bennett produced a full set of Hammett covers for Pocket Books in 1961. Most of them fared a lot better than his ‘Red Harvest’ illustration, and the blurb on a few of them at least makes an effort to sell Hammett on his ‘classic’ rep. Other people’s scans can be seen below.

Unfortunately, I can’t find a decent jpg of his cover for ‘The Glass Key’, but it’s pretty great too. (Apropos of nothing, Bennett also produced an equally nifty set of covers for Chester Himes’ books, which can be enjoyed via Pulp International here.) 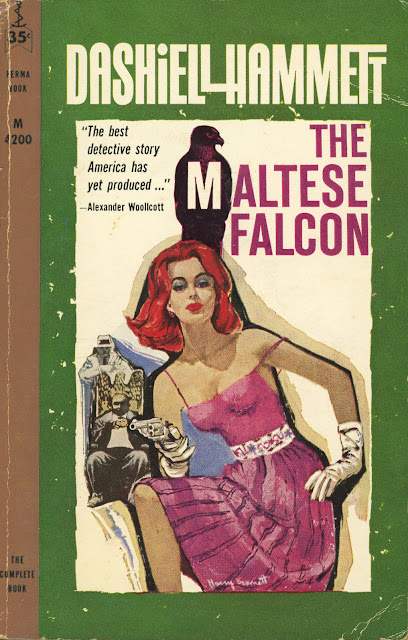 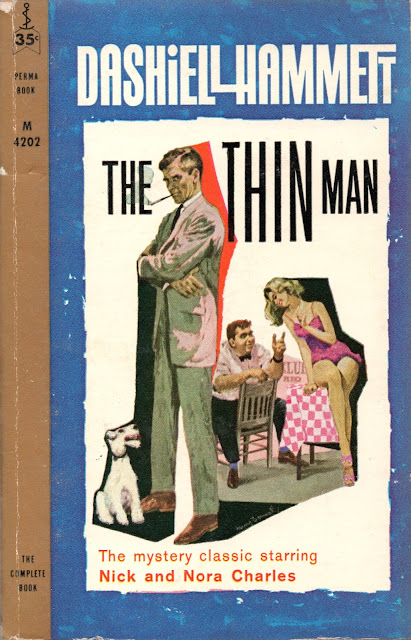