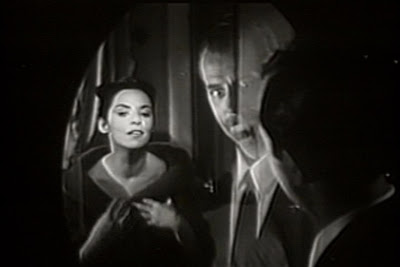 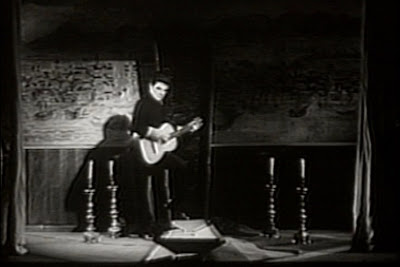 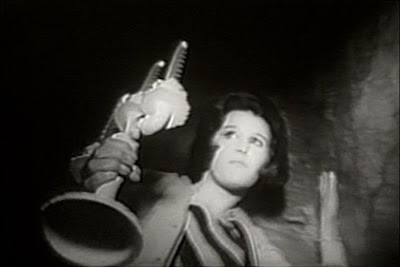 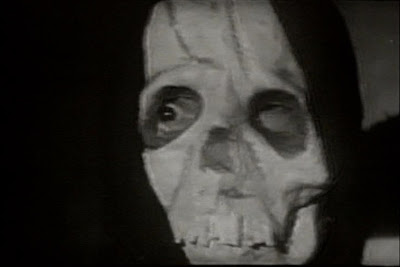 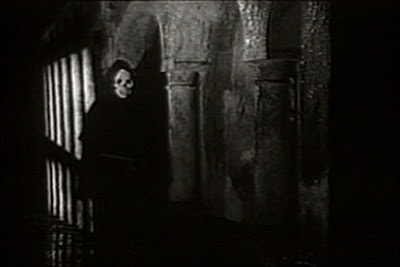 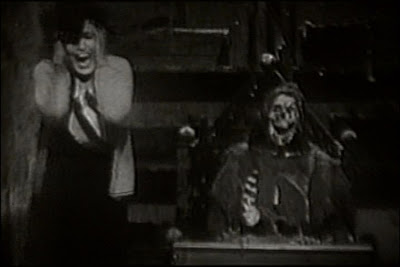 Of the relatively few places on earth I’ve been lucky enough to visit over the years, Venice is one of my favourites, and as such, I’ve always found films set there to be a dead cert in terms of watchability. Such is the city’s unique presence, some half-decent location shooting can help invest any old rubbish with a palpable sense of grand, shadowy antiquity. And such proves to be the case with ‘The Embalmer’, a barrel-scraping low budget programmer that would likely have proved a total snooze were it not for the inspired decision to shoot most of it within spitting distance of St Marks Square, seemingly off-season, and at the dead of night.

Initially, Tavella’s film doesn’t really seem to fit the bill as a gothic horror. It’s more one of those “a bit from column A, a bit from column B” type ‘60s b-horrors (think Werewolf in a Girls’ Dormitory or The Awful Dr Orlof) that seems to mix up a few elements from the gothics, a bit of an Edgar Wallace Krimi type mystery, some cynical proto-giallo / bodycount business and just a pinch of post-‘Eyes Without A Face’ mad science, all to make…. well, a right bloody mess in this case. For a film that touches on so many potentially exciting generic tropes, it must take some effort to come up with a picture quite as flat and uninvolving as this one.

Basically it’s that age old story: some guy with a set of scuba gear in lurking in the canals, snatching beautiful girls and dragging them back to his subterranean lair, where he moons about in a monk’s cowl, subjecting his victims to some (off screen) taxidermy before adding them to his gallery of waxy, incorruptible beauties.

Anyone hoping for some further clarification regarding the motivation and elaborate methodology behind this character’s depredations will be waiting in vain, but fear not – whilst the cops flounder impotently, Venice’s resident hotshot investigative reporter is on the case, in the shape of singularly named actor Gin Mart, portraying a perfect example of the kind of smug, dislikeable jerk that producers of ‘60s genre movies for some reason seemed to think audiences would relate to as a hero. Within minutes on-screen, Gin has established himself a nice little sideline as unofficial tour guide to a party of rather grown-up looking school girls, and proceeds to spend much of the next hour shepherding them around like a gaggle of mindless, giggling animals, his face perpetually fixed on a kind of Connery-esque smirk/eyebrow arch as he tediously romances their teacher (nominal leading lady Maureen Brown).

As you might assume from such a set up, the girls gradually begin falling victim to our nefarious frogman, and it’s up to our intrepid reporter to blah blah blah, etc. Thus far, I’m sad to report that pacing is lumpen, with writing, performances and direction all lacklustre at best, but thankfully there are a few sundry eccentricities on hand to keep our attention simmering through the interminable yammering and faffing. I for one particularly enjoyed the scene in which a man who looks like DH Lawrence engages in a bit of unbelievably awkward jive dancing with his elderly maiden aunt, and there are a few surprisingly sleazy bits of business going on too, including a sub-plot about a creepy hotel clerk who installs two-way mirrors in the rooms so as to furtively watch ladies taking off their stockings – a pursuit he indulges at length in one sordid, borderline sexploitation type interlude.

In fact, everything about the hotel is kinda weird, including the floor show, in which the lights go down and an Elvis-alike guitar-strumming rock n’ roller emerges from a coffin – another relative highlight, especially when of course on the next evening the coffin turns out to contain one of the killer’s victims, impaled with a knife through his heart. Good pulpy fun.

Mostly though, it’s Venice itself that saves the day. Locations are well chosen and -insofar as we can judge from the beat-up public domain print under review - well used, the thick, inky blacks of the chiaroscuro photography bringing an appropriately threatening, night-haunted aspect to the city’s streets and squares, contributing greatly to the success of the film’s intermittent ‘good bits’.

And, after an hour or so of mildly diverting time-wasting, we do finally get a satisfying pay-off as the movie really revs things up for the final reel, cementing its status as a worthy addition to the Italian Gothic canon with a tremendously atmospheric conclusion that sees Maureen venturing into the soggy crypt beneath the hotel, concealed behind a secret passage, for a climatic showdown with our embalming fluid-happy villain.

Sometimes, all it takes to win me over is a good candelabra walk, and whilst Brown certainly isn’t up there with Barbara Steele in her mastery of the art, the one in ‘The Embalmer’ is still a winner. Filmed in what I can only assume were genuine Venetian catacombs of some description, the shots are tightly framed, with rough, handheld camerawork that works very well, as she descends the seemingly endless stone steps toward pitch black doom.

The inky, slimy, lightless feel of the subterranean world she find herself in is conveyed with an eerie realism borne from the use of real locations, and only intensified by the distancing of the fuzzy, VHS-derived print. And when the villain makes his entrance, striding through the echoing chambers in a hooded cowl and an honest-to-goodness leering skull mask(!), he is suddenly a genuinely terrifying presence, making up for all the drab lack of menace in the film’s earlier horror scenes – literally the last thing you’d ever want to encounter in a dark alley, never mind a blackened medieval crypt full of ossified skeletal monks(?!). Unexpectedly violent, visceral and shockingly morbid, this finale is almost good enough to completely outweigh the preceding hour of faff. It’s a shame things have to wrap up so quickly once they’ve finally got going, but with the 75 minute mark approaching, wrap up they must, and…. shall I spoil the ending for you? Oh go on then. [Skip the next paragraph if you actually care.]

Turns out the villain is none other than…. some guy who for turned up for one scene earlier in the film and neither said nor did anything of particular note! Can you believe it? And there we all were thinking it was the creepy guy from the hotel! *palm-face* Nice one Dino, next time maybe let someone else have a go at the script, huh?

Well as it turns out, there wasn’t a next time, because ‘The Embalmer’ seems to have marked the end of Mr. Tavella’s brief career as a film director. In fact with the exception of one other obscure film released the same year (‘Una Sporca Guerra’, which I think translates as ‘A Dirty War’?), he has no other film credits whatsoever. Trying to research ‘The Embalmer’ a bit via IMDB, it’s interesting to note that almost everyone who worked on it proves a similar dead end, with many of the cast making their only screen appearance. Production company ‘Gondola Films’ followed Tavella into the great unknown after overseeing his two directorial efforts, so reading between the lines, I’m guessing this out-of-nowhere horror effort wasn’t quite the money-spinner they’d hoped.

After a US release alongside Michael Reeves’ The She-Beast (I wonder what audiences made of a double bill in which BOTH features were cranky, zero budget 75 minute oddities?), ‘The Embalmer’ tumbled into what I can only assume to be unremitting obscurity, although apparently it at least made a sufficient impression on Dutch exploitation director Dick Maas for him to effectively remake it in 1988, relocating things to his own canal-centric home town for the self-explanatory ‘Amsterdamned’.

So there ya go. ‘The Embalmer’, everybody. Worth a watch? Probably not, but what can I say, I had fun with it. The good bits were good, Venice played itself beautifully, and even the bad bits (which, I should remind you again, comprise most of the run time) sort of lulled me into submission in comforting bad movie fashion. You could do worse.

Sounds like the sort of thing I'd like so I've just ordered a copy (under the alternative title of Monster of Venice).

In that case I hope you're not too disappointed with it DforDoom - I'm afraid it's really not a very good movie, just a bad one that has a few nice elements I enjoyed. My copy was off one of those Mill Creek 50 movie boxes...

I saw years ago and despite its many deficiencies, I enjoyed it. It's tame for horror, gore and sexual elements even for its time compared to Bloody Pit of Horror or Blood and Black Lace. It's good for those bleary-eyed insomniac nights if you have the next day off. Surprsingly, Luigi Martocci (Gin Mart) only made this and another picture.