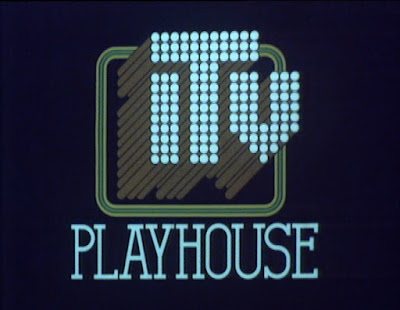 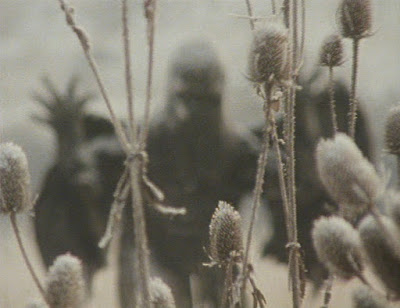 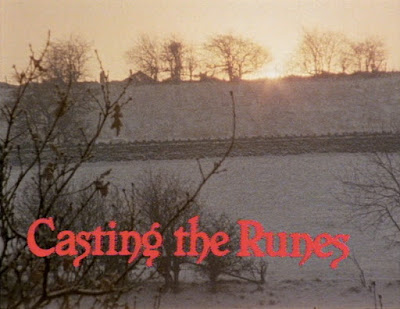 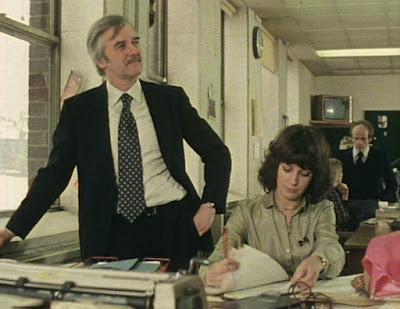 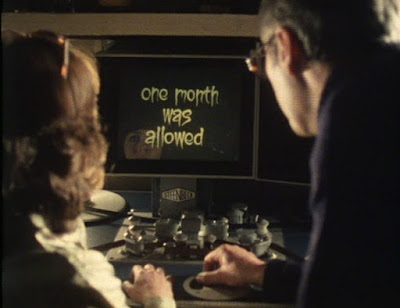 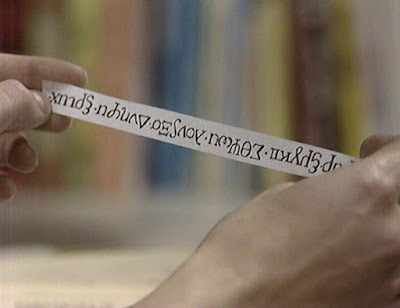 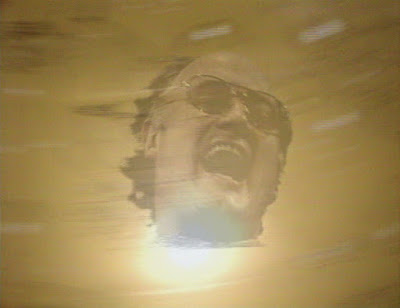 Two years after he completed his remarkable run of ‘Ghost Stories for Christmas’ for the BBC, winning plaudits in particular for his innovative adaptations of the work of M.R. James, director Lawrence Gordon Clark found himself working on the other side of the dial at ITV, where he was presented with the prospect of helming a (somewhat more modest) version of one of major James stories he hadn't been able to tackle for the BBC, ‘Casting The Runes’.

Presumably rejected from consideration as a ‘Ghost Story for Christmas’ on the basis that it doesn’t actually have any ghosts in it, this story is probably best remembered as the basis for Jacques Tourneur’s 1957 classic ‘Night of the Demon’. So yes, in case you were unsure, it is indeed the one about a vengeful suburban sorcerer cursing those who try to interfere with his work, ensuring their precisely timed destruction by demonic forces by means of fragments of runic script he has covertly handed to them.

The source material is here updated for the 1970s by playwright Clive Exton, with our main protagonist becoming female TV journalist Pru Dunning (Jan Francis), who made the mistake of mocking reclusive occultist Julian Karswell (Iain Cuthbertson) during a light-weight exposé of contemporary witchcraft.*

The primary setting for the unfolding drama thus becomes a microcosm of the mid-level media milieu of the UK in the late ‘70s – thus pretty close to home for cast and crew alike, no doubt – and, for a few brief passages during this fifty minute TV play, Clark succeeds in summoning up glimpses of the kind of fearful, impressionistic atmos that made his BBC ghost stories so remarkable. Notably, it tends to be the scenes shot on location (and/or those without much scripted dialogue) that see Clark’s direction coming to life, perhaps reflecting his background in documentary.

In particular, the opening sequence – which sees a man falling victim to one of Karswell’s demonic avatars whilst walking his dog across a snow-covered heath – is excellent. Compositions and editing are painstakingly planned out here, as Clark wrings maximum eeriness out of the seemingly mundane surroundings, giving us a text-book demonstration of his oft-noted ability to locate almost sub-conscious resonances of fear and anxiety within placid, naturalistic environments.

The director is helped in achieving this by the fact that much of the location shooting seems to have taken place during severe snow storms that hit the UK during the winter of 1978/79 (coincidentally recalling the ‘Christmas’ associations of the earlier James adaptations, perhaps), whilst the (uncredited) musical score – a mixture of gently atonal, Elder Gods-style fluting and doom-laden electronic dirges – also contributes greatly to the overall effect.

Other factors however mitigate against any concerted attempt to recapture the feel of Clark’s earlier James adaptations. Whilst the production – which was presumably produced on a budget equivalent to any other ‘ITV Playhouse’ episode - managed to score some 16mm film for the aforementioned outdoor sequences, interiors by contrast are shot on the kind of flat and fuzzed out, domestic camcorder grade video tape that serves to make the majority of British TV from this era look inherently cheap and lifeless (think of a late ‘70s/early ‘80s Dr Who episode and you’ll get the idea).

Drab interior sets are also used extensively, and, unfortunately, both the nature of story itself and the stagey nature of Exton’s adaptation demand that – in stark contrast to the almost existential, landscape-based expanse of the BBC ghost stories – we spend the majority of our time within them, as the characters hash out the details of the fairly complex and idea-heavy plot line.

If it inevitably falls short of Clark’s BBC ghost stories though, ‘..Runes’ does at least work pretty well as a more traditional TV drama, benefiting from very good lead performances from Jan Francis and Bernard Gallagher, both of whom shoulder intimidating quantities of expositional dialogue with verve and enthusiasm, simultaneously adding a warmth and believability to their characters that draws us into the story very effectively.

The TV play’s conception of the malevolent Karswell meanwhile is distinctly different from either the original story or the Tourneur film, and, in my opinion, works very well. Rather than the avuncular philanthropist and shady local celebrity of earlier versions, this Karswell is a full-on scary recluse – a boogeyman / hate figure to people in his local area, he spends his life in complete isolation, pursuing his strange, egotistical vendettas solely through the means of disarmingly folksy ‘sympathetic’ black magic(k) (he utilises corn dollies, and a fully furnished dolls house), without even pretending to function as a regular member of society.

Personified in the form of Iain Cuthbertson, this Karswell cuts a strange figure on the rare occasions when he actually appears. Large enough to physically intimidating, his thinning hair, OAP glasses, thick regional accent (don’t ask me which region) and strange, smirking grin give him an vibe halfway between a hulking, Karloff-style heavy and the kind of creepy maths teacher school governors would be well-advised to keep an eye on.

When Pru infiltrates the deconsecrated rectory Karswell calls home, she is subjected to a disorientating whirlwind of cut-price video effects (again, very Dr Who) and a heavy dose of psychic aggression. According to the local newspaper man who accompanies her on her visit, the housekeeper who answers the door is known to locals as a woman who died three years previously.

An unsettling and rather original villain, the malign influence Karswell wields over the world of the film is emphasised by a wealth of minor, synchronicitous details that are easy to miss upon first viewing – the butterfly broche Pru wears at one point mirrors one Karswell was seen fondling in a preceding scene, whilst a sinister looking latin motto (a banishment or something perhaps?) is casually spray-painted on the wall outside the rectory, a prominently displayed carrier bag featuring an image of an owl mirrors a stuffed one seen in Karswell’s study, and so forth.

Meanwhile, the day-to-day ‘70s landscape within which the more down to earth aspects of ‘Casting The Runes’ takes place now lend the film an overpowering nostalgic resonance that will entrance British viewers of a certain age, with each shopping bag, car, typewriter, carpet or piece of domestic cutlery that appears on-screen threatening to reduce us to shivering wrecks more efficiently than any of the story’s actual horror content.

Though Exton’s writing is a bit brutally functional in places, his script is nonetheless very well constructed, and, despite the collective ravages of video tape, interior dialogue scenes and some truly ropey special effects (an attempt at a giant spider attack proves particularly regrettable), hints of the visionary quality Clark displayed as a director of ghost stories still break through the murk whenever we switch back to 16mm.

This all I think helps to lend ‘Casting The Runes’ a uniquely endearing quality, allowing it to remain compelling viewing to this day, and confirming it as an essential addition to the library of anyone with an interest in the spookier and more experimental end of British TV.