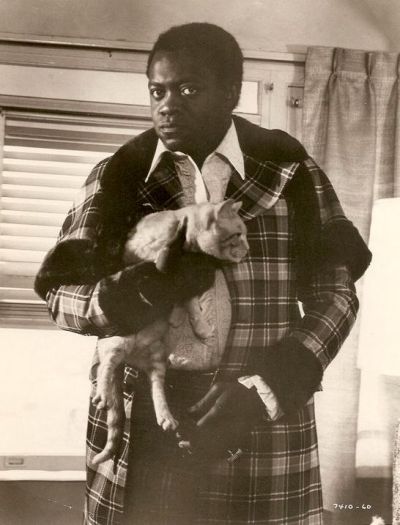 And so the bad news just keeps on coming. What a month.

Anyone who has read this blog for a while probably knows that I dig Yaphet Kotto. Truth be told, I was only distantly aware of his career when I signed up to take part in a Yaphet Kotto blogathon (ye gods, remember them) back in November 2010 (I wrote about Larry Cohen’s ‘Bone’ - see below), but since then, year on year, my appreciation of his work has grown immeasurably.

Leaving aside his higher profile roles in the likes of ‘Alien’ and ‘Live and Let Die’, and his critically acclaimed turn in Paul Shrader’s ‘Blue Collar’, Kotto is one of those actors who worked so relentlessly over the years, appearing in such a wide variety of movies, that his presence frequently makes the process of blind-watching lesser known, pre-2000 U.S. films a joy. (More than once, the conversation in my household has been; “is this really going to be worth watching?”, “well.. Yaphet Kotto's in it”, “ok”.)

I'm not sure if this comparison really holds water, but as I’ve caught more of Kotto’s performances over the years, I've started to think of him as a kind of American Klaus Kinski (hopefully minus the abuse allegations and actual insanity). Think about it - unforgettable face, intense and unpredictable performance style, herculean work rate (often in small/thankless parts), spiky off-screen persona. And, like Klaus, he does that glowering, “fuck this movie” thing beautifully.

Anyway, be that as it may - here by way of a small tribute to the range of the great man’s talent are five completely random Yaphet Kotto performances which I’ve enjoyed over the past couple of years, in movies good, bad and simply weird. R.I.P. to one of the greats. 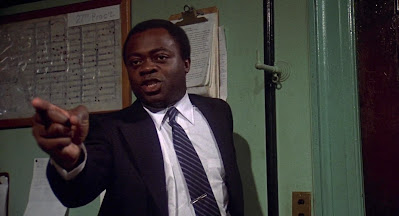 As you’ll recall, my vote for the best film which I watched for the first time in 2020.

By rights, Kotto’s character (second billed, as per) should be an admirable /  heroic presence in this movie - the college educated black detective determined to bring fairness and equality to policing on the streets of Harlem. Instead though, he’s steely, delivering a closed off, cold fish performance which perversely pushes our sympathies in the direction of Anthony Quinn’s warmer, more immediately likeable old racist dinosaur, thus considerably deepening and complicating the film’s moral dynamic. 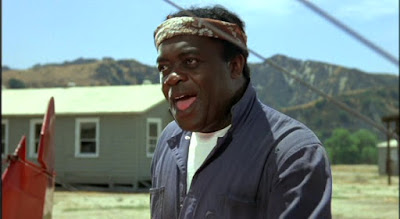 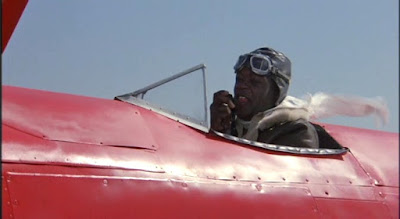 Pause, re-read that paragraph, and if you’re not immediately moving heaven and earth to try to watch ‘Eye of the Tiger’, I fear you may be reading the wrong weblog. 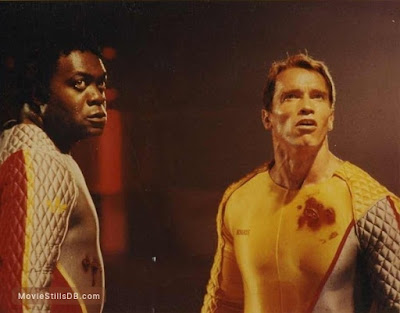 Conventional wisdom would tend to suggest that there are two kinds of actors in the world: those who can pull off wearing a one-piece spandex body-suit, and those who can’t. In ‘The Running Man’, Yaphet Kotto single-handedly shatters this assumption, and give us a third category: those who simply do not give a fuck.

In truth, he doesn’t really get a lot to do in this movie, but that outfit… Jesus. 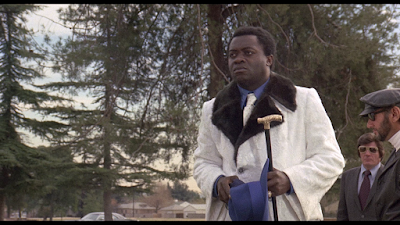 I suppose it stands to reason that Kotto felt a certain amount of frustration at the lack of opportunity offered to actors by the increasingly self-parodic ‘blaxploitation’ cycle of the early ‘70s.

Reportedly distant and uncommunicative on the set, he is on prime “fuck this movie” form here, his role seemingly cut down and limited to as few scenes - which, ironically, adds considerably to his character’s weird menace and mystique. I’m still not sure what the thinking was behind his extraordinary death scene, in which a handheld camera follows him in close up as he takes his final, blood-choking stumble across a quiet city street, capturing his final breaths over several, silent minutes, but it’s one of those extraordinarily weird instances of pure cinema which sometimes jump out without warning in the midst of low budget / high creativity exploitation pictures, and certainly sticks in the memory. 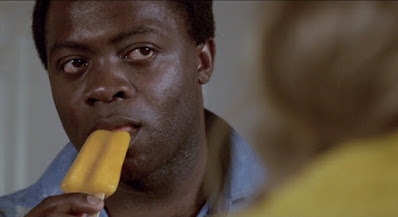 One of Kotto’s earliest significant roles, and still one of his best performances.

From the aforementioned review I wrote over a decade ago:

“Perhaps the key scene in the film comes when Kotto’s character, having pretty much given up on trying to menace the troublesome and assertive Joyce Van Patten, sinks into lethargy and delivers an absolutely astounding monologue, riffing on the uncertain future of his career as a ‘violent black criminal’, an occupation Bone treats as seriously as if he were a bank manager or newsreader.

Easing out of his schizo tough guy mannerisms, Kotto begins to open up, discussing the embarrassing failure of his attempted rampage like an athlete talking to his coach after an underwhelming training session - “this is demoralising – I mean what kind of a rapist am I?” (“Well, I don’t know… I’ve never met a rapist before, ” Joyce replies.) Warming to his theme, Bone next starts reminiscing about the days when all he had to do was look at a white woman to inspire terror;

“..now you go to a movie house, and it’s right up there on the screen – how about that, mixed couples all over the place! They went and took all the mystery out of it… they’re treating us like people now - you can see what sort of a position that puts a rapist like me in…”

After building up a rhetorical head of steam, cheerfully expounding on the ‘n*gger mystique’ that he’d built his career upon pre-Civil Rights, Bone abruptly shifts back into a kind of wounded anger, Kotto’s delivery perhaps reflecting the frustrations of a hugely talented black character actor trying to make a name for himself in a culture where African-American performers were given the choice of goofy bit-parts or one-dimensional caricatures;

“..then they changed it, they changed the whole deal and I found myself slipping. There I was, I was holding onto the past, because change is scary, and then they said, ‘EDUCATE YOURSELF’, ‘LEARN NEW TRADES’. What trades? The Pullman porter, the shoeshine boy and ME. What trades? I only know how to do one thing… at least.. I used to know how…”

A brief look at Yaphet Kotto’s subsequent filmography of bit-parts and straight to video roles, as contrasted with the crazy, Brando-scale charisma he’s throwing around in ‘Bone’, is all the indictment one needs of the genre codes and social conventions that Larry Cohen was seeking to tear apart here, and of how vital Kotto’s presence was in spearheading the attack.”

Hey, did you know that Yaphet cut a record back in 1968? Me neither. Turns out it’s pretty great.

Oh boy! Now I sure have.

Thank you so much for the link El Rob - that's magnificent.