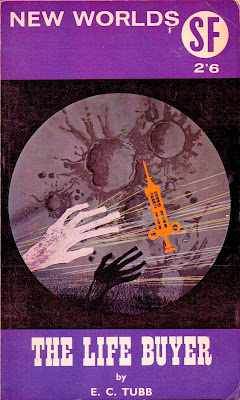 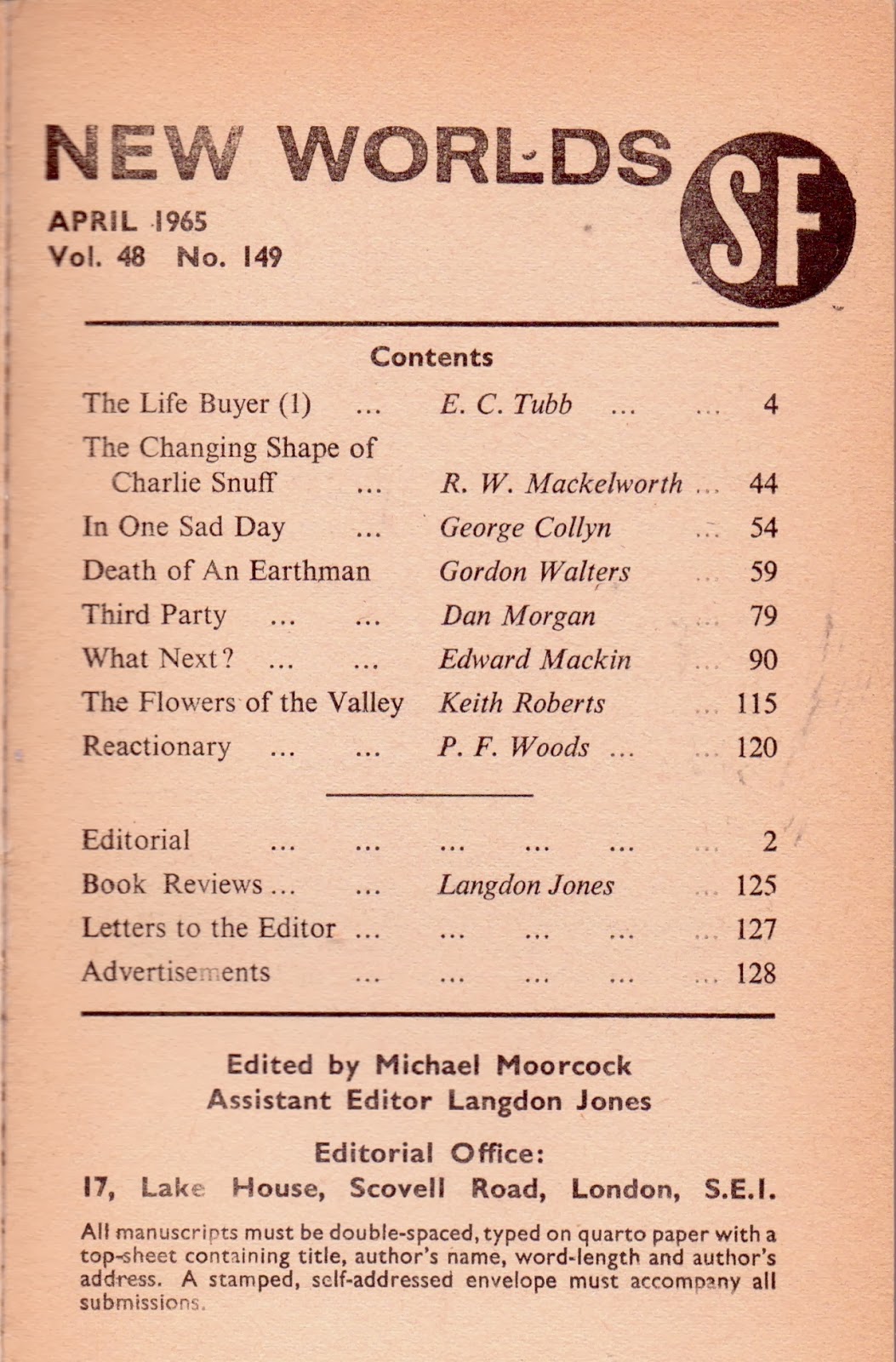 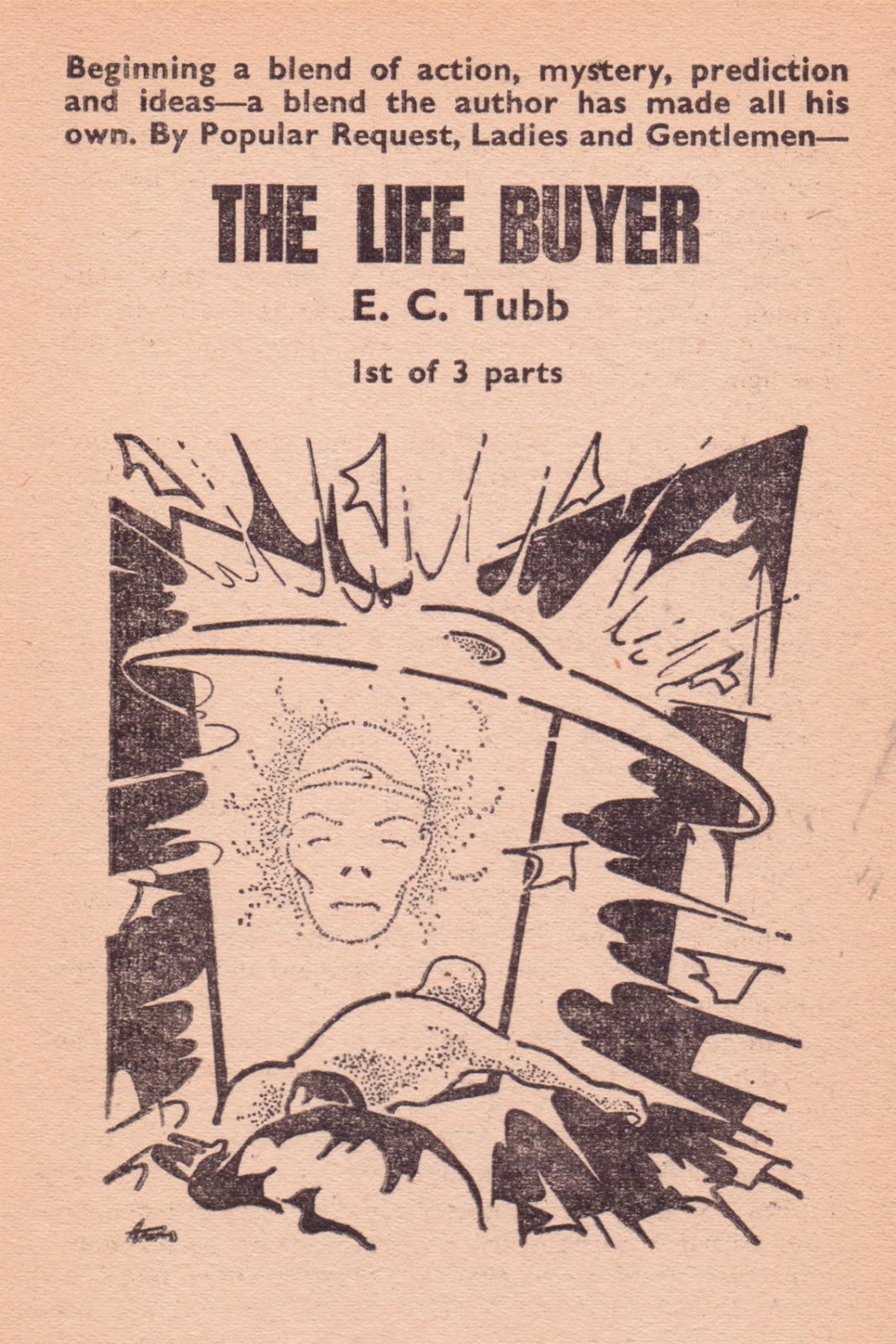 The next instalment in our chronological journey through a pile of ‘New Worlds’ back issue I found in Oxfam last year sees us jumping to April 1965, and issue # 149.

Though no doubt packed with as much top-flight speculative fiction as ever, the sad truth is that this particular issue doesn’t offer us a great deal to work with in terms of scanning and commentary, with far less space than usual devoted to either illustrations or ‘editorial’ content.

Under the heading ‘BROADENING THE SCOPE’, Moorcock offers a ‘briefing from the Brigadier’ style editorial, noting that “the times they are a-changing” (perhaps the first time Bob Dylan ever got a nod in a science fiction magazine editorial?), and reasserting his belief that “..SF is changing to speak with the times”, becoming “..a vehicle for serious and entertaining literary expression”. Calling upon NW’s readership to join him in this bold journey and re-examine their definitions of what constitutes SF, he concludes that “..while our motto won’t exactly be ‘Anything Goes!’, we should very much like it to be ‘Almost Anything Goes!’” 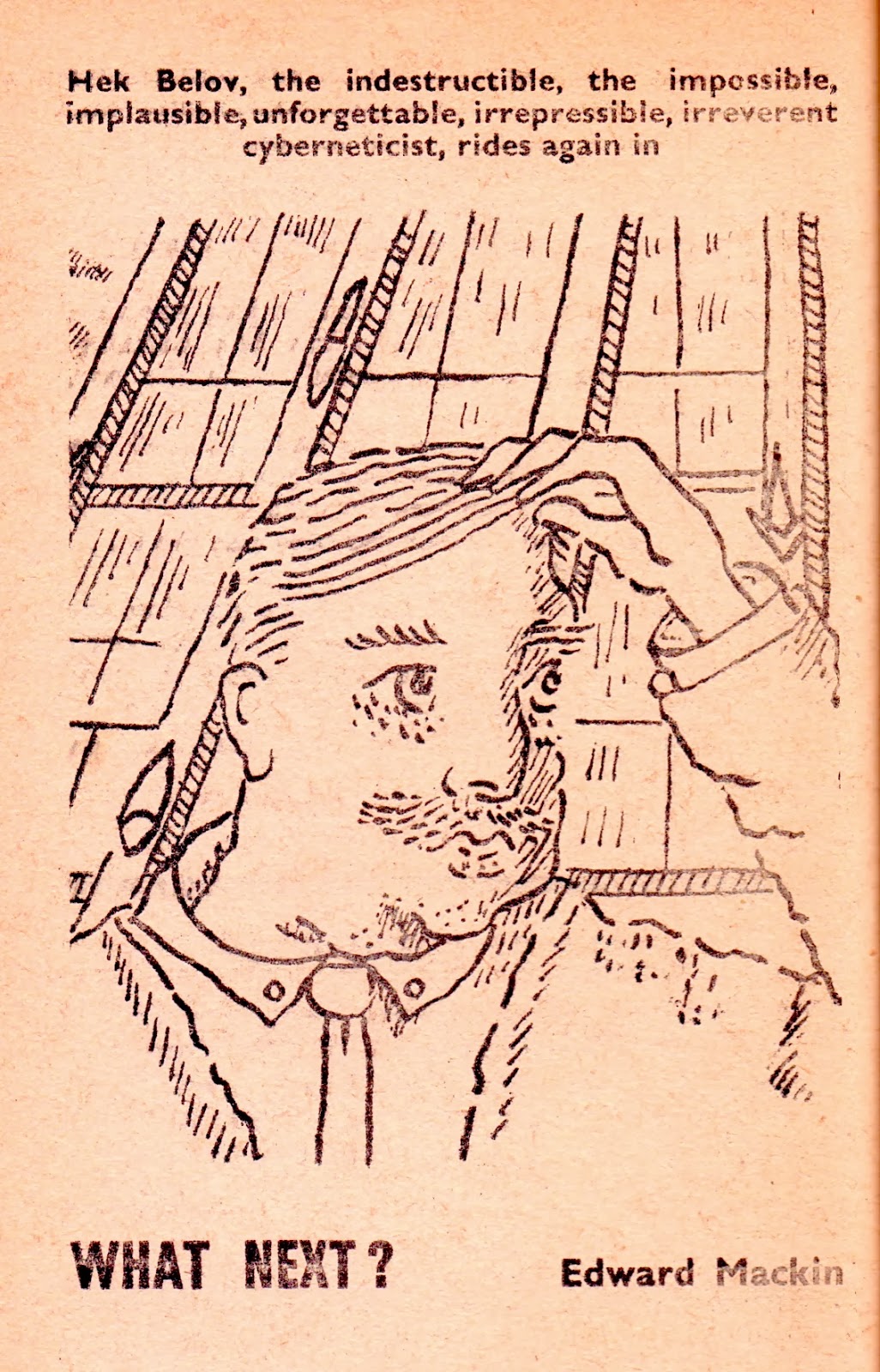 A rather ripe comical tale that appears fifth in this issue’s story line-up, Edward Mackin’s ‘What Next?’ doesn’t appear to have made much of a mark on history, but flicking through it, I couldn’t help but notice one of the more directly prophetic moments I’ve encountered in New Worlds thus far:

“He was holding a bright blue, pea-sized object in his extended fingers. It appeared to be made of plastic.
‘Marvellous,’ I said, snapping my teeth at him. ‘You’ve invented the bead.’
‘Not just a bead,’ he said gently. It’s really the answer to the pophead’s prayers. It provides continuous jazzola around the clock. You could, of course, put one in each ear and enjoy two programmes at once.’
I looked at him in astonishment. This, surely, was the ultimate in horror. ‘You devil!’ I said, simply; but with great feeling.”

Elsewhere, a brief review column from Langdon Jones offers faint praise and constructive criticism in response Arthur Sellings’ ‘The Silent Speakers’ and his editor’s new one ‘The Sundered Worlds’, and a somewhat compromised letters page carries a single lengthy missive from Dr. Malcolm Burgess of Queens Parade, Bristol, praising New Worlds’ move toward a ‘magazine function’ – a bit of an irony given the almost total lack of magazine-style content on show this month.(1)

We’re reminded several times to watch out for the big blow-out coming in next month’s jam-packed, all-star 150th edition (Aldiss! Ballard! Brunner!), and the remaining points of minor interest are provided by miscellaneous ads, announcements etc: 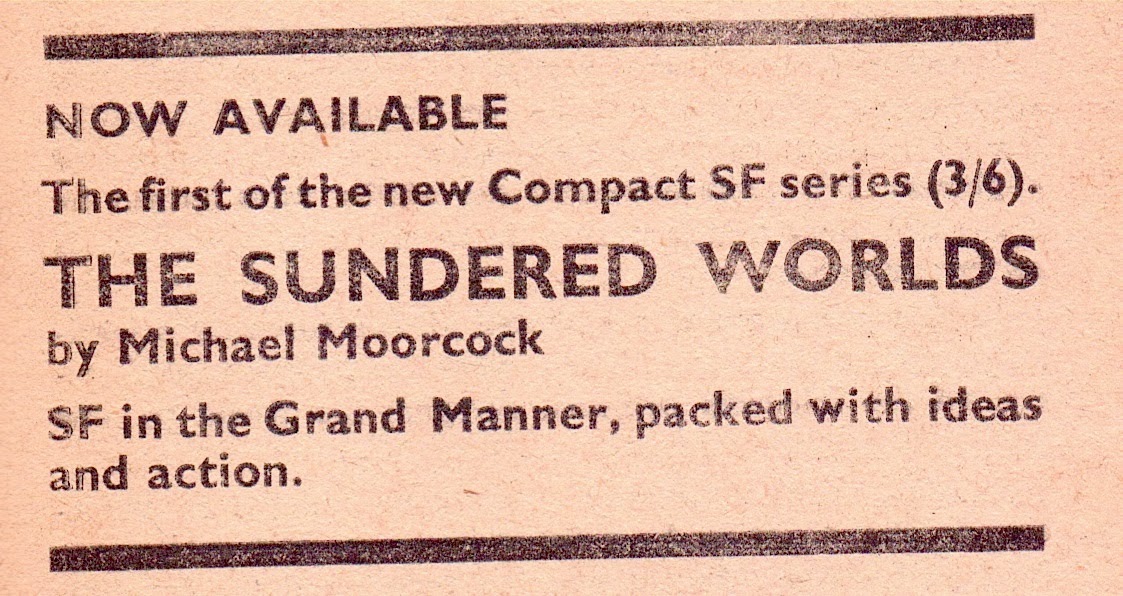 And now if you’ll excuse me, I’m off to pop my beads in and relax with a bit of jazzola…

(1) Presumably this Malcolm Burgess is not the editor & comic writer currently working under that name - or at least, Google leads me to believe that that Malcolm Burgess was born in 1952, making it somewhat unlikely that he was a doctor and refined man of letters circa 1965.