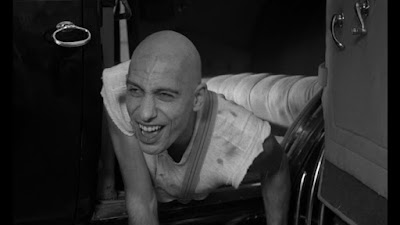 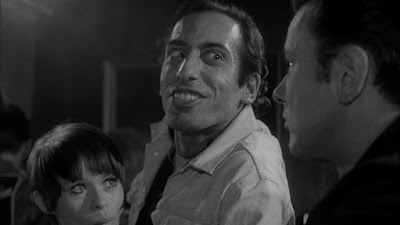 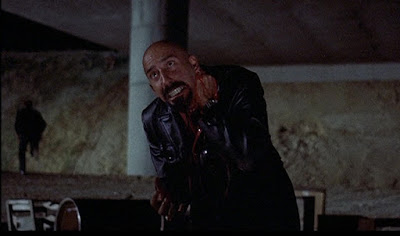 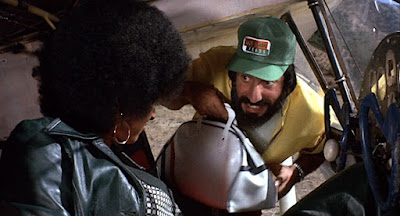 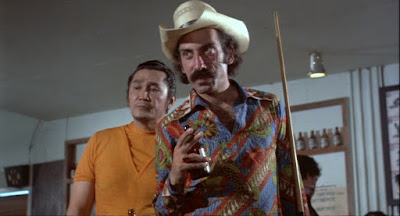 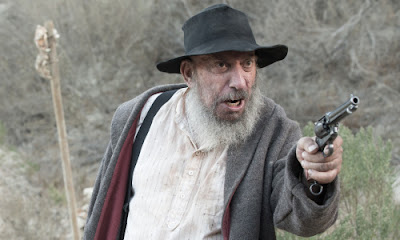 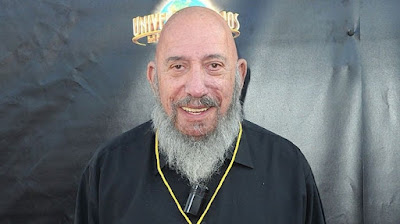 As 2019’s great celestial purge of good and kind souls continues apace, it goes without saying that I was very sad to hear this week that the great Sid Haig has checked out, aged 80.

A wildly charismatic performer in his ‘60s and ‘70s hey-day, the nuance and variety Haig brought to his roles, and his capacity for creating fully-formed (albeit larger-than-life) characters in a matter of seconds, remain underappreciated.

The performances he gave us whilst working as a kind of totem for director Jack Hill are all, without exception, brilliant, whether playing primitive, cannibalistic creeper Ralph Merrie in ‘Spider Baby’ (1964), a feckless beatnik in the U.S. reshoots which helped create ‘Bloodbath’ (‘66), a sociopathic racing driver in ‘Pit Stop’ (‘67), a sadistic warden in ‘The Big Doll House’ (‘71), an equally sadistic thug in ‘Coffy’ (‘73), or an easy-going, sleazeball pilot in ‘Foxy Brown’ (‘74).

Sure, he goes over the top, but when you’re playing a rampaging weirdo in a Jack Hill movie, no one’s gonna give you a medal for under-playing it, y’know? Suffice to say that few could have brought this rogue’s gallery to life with the wit, charm and physical dynamism that Sid brought to the party. (It’s a shame that Haig and Hill seem to have parted company in the mid-70s – I would have loved to have seen him strutting his stuff in ‘The Swinging Cheerleaders’, ‘Switchblade Sisters’ and ‘Sorceress’ too.)

My all-time favourite Sid Haig character though must be one he played outside of Hill’s catalogue, during a sojourn in The Philippines which saw him appearing in a string of action-exploitation U.S. co-productions, including Eddie Romero’s immensely entertaining ‘Black Mamma, White Mamma’ (1973). The wild n’ woolly circumstances of Filipino film production seem to have suited Haig’s on-screen persona perfectly, and he’s an absolute riot in this one, playing a psychedelically-clad cowboy gangster / pimp cruising around the nation’s back-roads in a jeepy full of heavily-armed goons. (Highly recommended, if you’ve not seen it – it’s a hoot.)

Although Quentin Tarantino to some extent deserves credit for enabling Haig’s 21st century resurgence (convincing him to come out of self-imposed retirement to appear in ‘Jackie Brown’ in ’97), it is of course his work for Rob Zombie which has kept him in the public eye and given him an (I hope rewarding) second wind as a “horror man” – a designation which is odd, given that he pretty much never appeared in a straight horror film back in the old days (‘Spider Baby’ notwithstanding).

But, he certainly seems to have made it work for him, lending to his distinctive services to dozens of movies in the genre across the past few decades. Though Zombie’s recently released ‘3 From Hell’ seems likely to be his official swan-song, his great turn in the prologue to S. Craig Zahler’s Bone Tomahawk also seems to make a perfect cap-stone to his career.

Outside of his film appearances, Haig also worked as a gigging drummer through the late ‘50s and early ‘60s (he played on The T-Birds 1959 hit ‘Full House’), served a two year apprenticeship at the Pasadena Playhouse, played mute ‘heavy’ roles in just about every ‘60s/’70s U.S. TV show under the sun, founded and managed a community theatre project in Simi Valley, and, according to IMDB, was a qualified hypnotherapist too. By all accounts, he was also a really nice guy - something which comes across loud and clear in every interview or Q&A I’ve seen with him, and indeed crossed over into his screen persona too; even when he’s playing a raving psychopath, you can feel the really-nice-guyness creeping through. He will, of course, be hugely missed. 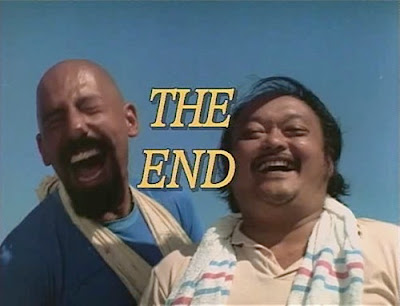 The way all films should end.