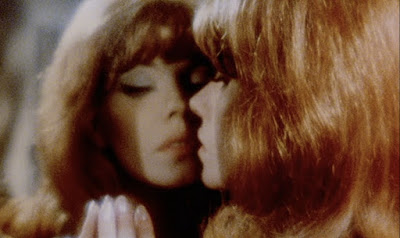 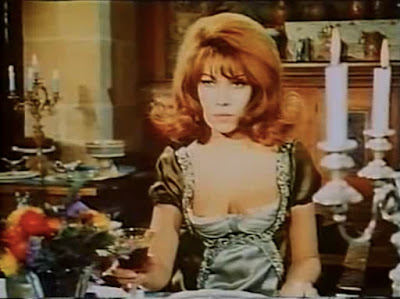 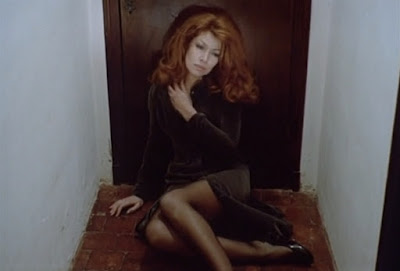 I was sad to hear today, via Tim Lucas’s blog, of the death of Janine Reynaud, who has apparently passed away at her home in Texas at the age of 87.

Born in Paris, Reynaud is best known amongst Jess Franco fans for her remarkable lead performance in his landmark Necronomicon (1967), and she also comprised one half of the “Red Lips” duo along with Rosanna Yanni in its light-weight follow-ups ‘Sadisterotica’ and ‘Kiss Me Monster’ (1968).

After this, she accompanied most of her collaborators on those films (minus Franco) to Germany, for the Adrian Hoven-directed ‘Im Schloss der Blutigen Begierde’ [‘Castle of the Creeping Flesh’] (also 1968) – not a classic film by any stretch of the imagination, but one that I nonetheless have a great deal of fondness for, not least due to the fact that Reynaud rules in it.

Thereafter, Reynaud made some in-roads into the Italian exploitation field, appearing in several gialli (most notably Sergio Martino’s ‘The Case of the Scorpion’s Tail’), but she delivered what I think is almost certainly her best performance back in France, in José Bénazéraf’s 1971 masterpiece ‘Frustration’ – one of the best, and most under-appreciated, films ever to emerge from the fertile horror/sex/art-house crossover zone of ‘70s European cinema.

As a brief bit of mental arithmetic will confirm, Reynaud was considerably older than your average uninhibited starlet when she took on these challenging roles, but her unique features, statuesque build and evident self-confidence made her an electrifying screen presence, allowing her to convey a sense of mature sexuality and inner turmoil that is frequently captivating – something that Bénazéraf took full advantage of as he tore down the walls of her character’s psychological make-up in 'Frustration'.

In all of these films except the Italian ones, Reynaud co-stared alongside her then-husband, the equally weird and mesmeric Michel Lemoine, future director and star of the wonderfully barmy ‘Les Weekends Maléfiques du Comte Zaroff’ (aka ‘Seven Women For Satan’, 1976), who sadly passed away in 2013.

Naturally enough, Reynaud lent her talents to many of the low budget softcore and comedy films that Lemoine directed in France during the early ‘70s, including such tantalising titles as ‘Les Confidences Erotiques d'un Lit Trop Accueillant’ and ‘Les Chiennes’ (both 1973), as well as apparently providing the voice of Joan d’Arc in a picture named ‘Les Petites Saintes y Touchent’ (1974). In between all this – and slightly more accessibly for English-speaking viewers – she was also second-billed in ‘Je Suis Une Nymphomane’ (aka ‘Libido: The Urge To Love’, 1971), an internationally distributed item from arthouse-erotica specialist Max Pecas.

Both now gone, Reynaud and Lemoine must have made a striking couple to say the least, and the stories they could have told from this uniquely wild era of European cinema must have been remarkable.

I’m not sure I recall ever seeing or reading any interviews with Reynaud; I don’t know whether or not she was ever approached to speak about her time in the film business, or if she simply had no interest in doing so, but regardless – it saddens me greatly to think that yet another key figure linking us to the increasingly distant milieu from which these extraordinary movies sprang has passed on, leaving her story seemingly untold, and making that lost world feel even further away.  R.I.P.

The screengrabs above are taken respectively from ‘Necronomicon’, ‘Castle of the Creeping Flesh’ and ‘Frustration’. 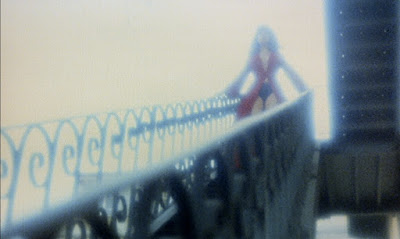