The following books all originate from a publisher named Winther, who seemed to rule the roost when it came to translated action / detective pulps in late ‘70s Denmark. All art is uncredited, natch, and all unique to these editions, insofar as I can tell. 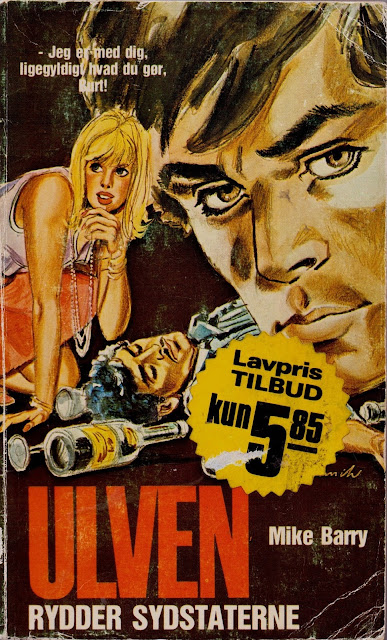 This one initially had me baffled, but some creative googling reveals that ‘Mike Barry’ is a pen name of science fiction writer Barry N. Malzberg, who wrote fourteen entries in the ‘Lone Wolf’ series – of which this is presumably part - between 1973 and 1975. Quite an interesting fellow, by the sound of it. 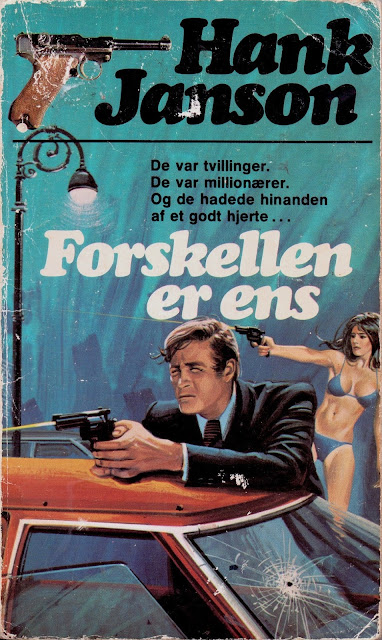 I am endlessly delighted by the heroine’s “just popped up from the beach – uh-oh, gun fight!” appearance on this cover. Clearly a good woman to have on your side, concerns re: where she keeps her gat notwithstanding. 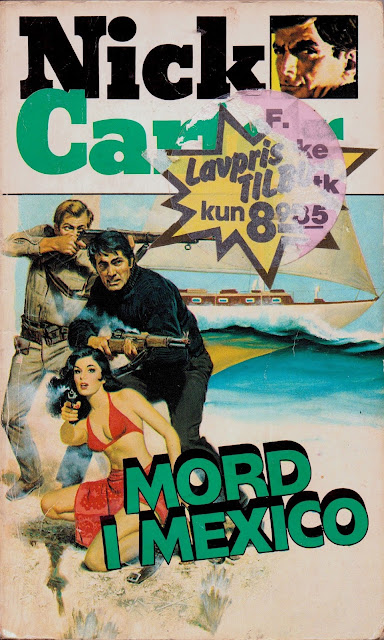 
I appreciate this one’s status as a noble exception to the “all guns must be firing all the time” rule of ‘70s/’80s ‘action’ illustrations. 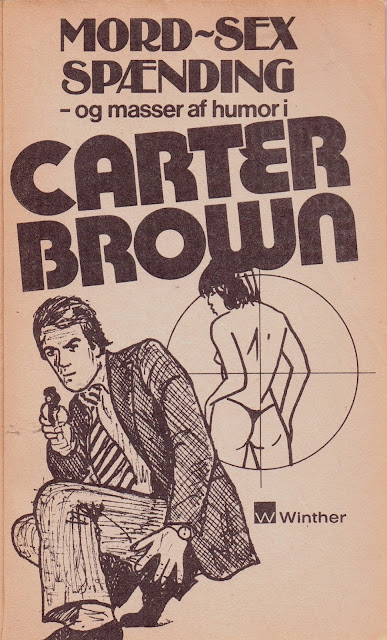 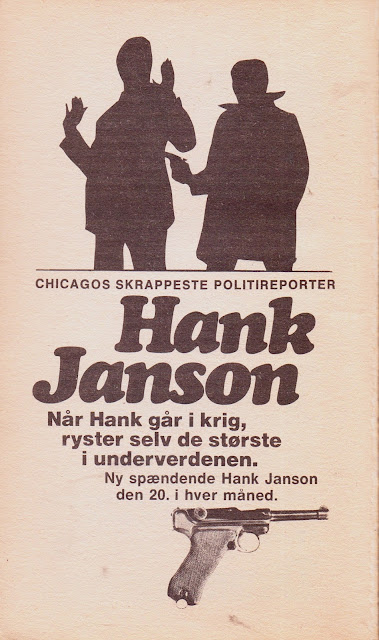