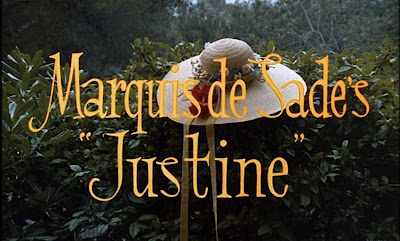 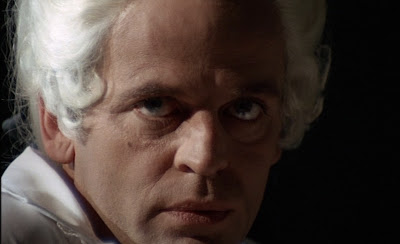 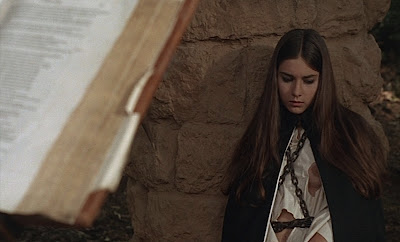 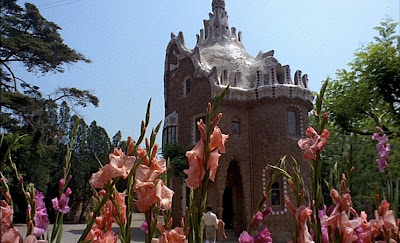 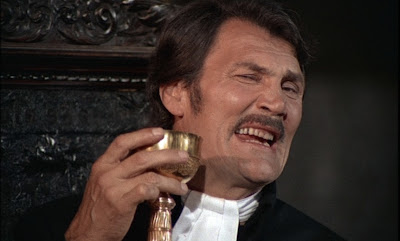 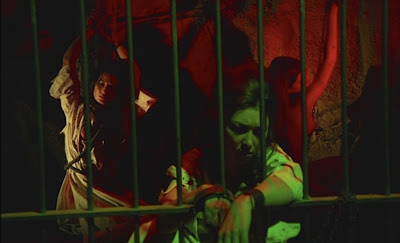 Context:
The financial backing provided by maverick producer Harry Alan Towers allowed Jess Franco to produce some of his best ever work during the late ‘60s, but also resulted in some of his worst. Unfortunately, ‘69’s ‘Justine’ falls soundly into the latter category. Budgeted as a modest historical epic, featuring numerous familiar faces and running to an interminable 125 minutes, the film is a total misfire, perhaps the biggest blunder in either man’s catalogue (which is saying something).

Set in France and filmed in Spain with the cast speaking Italian, with an English producer and funding from West Germany, Liechtenstein and the USA, it is at least a great example of the way that Jess Franco films began to completely defy any idea of national identity, but sadly little of this variety is visible on-screen.

Content:
Apparently the intention here was to reinvent the Marquis DeSade’s philosophical novel ‘Justine’ as a kind of ‘Tom Jones’-esque bawdy romp, with Romina Power (a charisma-free young actress whom Franco claims was ‘imposed’ upon him by Towers) in the title role as the virtuous convent girl whose moral scruples land her up to her neck in cruelty, poverty and vice, whilst her amoral harlot of a sister (Maria Rohm) by contrast does very nicely for herself.

Applying such light-hearted treatment to such ponderous source material is a questionable decision at best, and, whilst I’m no fan of DeSade, even I can recognise that the banal episodic shenanigans and jaw-droppingly crass moralistic ending that Franco and Towers come up with here is a complete travesty of his work.

Amongst the roll-call of should-have-known-better thespians taking a deep sigh and collecting a cheque that probably bounced, the great Mercedes McCambridge (Johnny Guitar, Touch of Evil) plays a hardened convict who breaks Justine out of jail, and Klaus Kinski turns up to play the Marquis in a framing narrative that supposedly sees him penning the novel from his cell in the Bastille. In keeping with his other performances for Franco, Kinski essentially earns his pay by doing nothing whatsoever, sitting around in a powdered wig, looking bored out of his skull as somebody else (I think it might actually be Jack Palance?) intones his voiceover narration.

And speaking of Jack Palance, the movie’s sole saving grace (and the only bit that actually seems much like a Jess Franco movie) comes when Justine falls into the hands of a sect of sex-mad libertine monks led by Palance, who gives every indication of being smashed out of his gourd, delivering a truly crazed performance that must rank as one of the best/worst (delete as applicable) that the great man ever subjected us to during his years in Europe. For one scene that calls for him to walk from one location to another, he seems to have refused to move, and is instead inexplicably wheeled across the screen on some sort of cart as he stands motionless, with his hands raised in a kind of Nosferatu-like ‘doom claw’ posture. Damnedest thing I ever saw.

Kink:
For a project that ostensibly sees a meeting between Jess Franco, a bunch of money and The Marquis DeSade, I’m sad to report that ‘Justine’ is staggeringly un-erotic. You get some dream sequence flogging during the Kinski scenes, intermittent boobs elsewhere, but beyond that we’re in ‘sizzle not the steak’ territory here really. Dated nudge-wink type crap and tame jabs at authority that might have passed for ‘satirical’ in the 1780s predominate, and Jess only seems to work up any real enthusiasm during a brief visit to Jack Palance’s sex dungeon, where we get to witness a bit of sexy acupuncture (a motif that was to turn up again in a number of Franco’s later, more explicit films), spilling over into a super-imposition heavy psychedelic montage and… wow, I just typed the words “Jack Palance’s sex-dungeon”. But I’m afraid I’m still only giving this 2/5.

Creepitude:
Nothing doing. Admittedly, it’s not supposed to be a horror film, but by the standards of any genre, much of the movie is blandly photographed and horribly over-lit, and although the production seems to have a bit of cash behind it, most of the sets and costumes still end up looking like a West End musical. Again, best advice is to fast forward straight to the Palance section, which at least has cool lighting and echoy psychotronic music, and Howard Vernon smirking in a really terrible wig. 1/5

Pulp Thrills:
Perhaps if for some reason you’re totally obsessed with powdered wigs, hoop dresses and second rate 18th century bawdiness, you might get some fun out of this…? If so, I wish you all the best. Just in general. 1/5

Altered States:
The only psychotropic effect you’re likely to experience during ‘Justine’ is unquiet sleep, haunted by candy-coloured annoyance. Did I mention it’s over TWO HOURS long..? Christ. I know from my descriptions above it maybe kinda sounds like fun, but even by Franco standards this thing drags like a bastard. 1/5

Sight-seeing:
Much of the film is shot on sets, and pretty dodgy looking ones at that. In between however, we can at least enjoy some extensive location work in and around Barcelona, with Franco presumably using the clout that accompanies a modestly budgeted historical epic to shoot beside the fountains in the Parc de Montjuïc and the magnificent frontage of the Palau Nacional, in addition to the more traditional b-movie surroundings of a ruined abbey, a clifftop fort masquerading as a Parisian women’s prison and… oh look, a beautifully strange looking Gaudi-designed folly/gatehouse type thing! Bonus points for that. 3/5

Conclusion:
A textbook example of the way that period settings, literary subject matter and relatively big budgets stymied Franco’s creativity, his direction here is workmanlike at best, so lacking in all the things that usually make his films enjoyable, he might as well have not even bothered turning up. I mean, there are better people to hire if you just want someone to point the camera in the right direction, y’know?

Franco completists and those who’ve picked this up on one of the Anchor Bay box-sets might want to give it a go for the Palance sequence, which is a pretty good laugh with a few recognisably Franco moments, but aside from that, this is an extremely poor effort, and even a score from the usually reliably bad-ass Bruno Nicolai turns out to be overblown orchestral rubbish. Offered a choice between watching this and reading the book, my money’s on doing neither and just listening to The Rangers song a hundred times.

Another excellent review. This title seems to turn up rather a lot, but I'll move it down my list on your estimation, despite the powdered wigs, hoop dresses and second rate 18th century bawdiness, all of which would normally capture my interest.