Stuff that has happened. 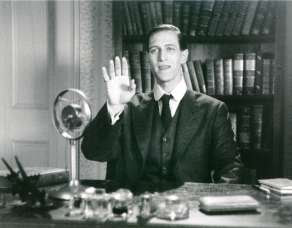 Sorry once again for falling off the posting wagon a bit – I’ve been running myself ragged trying to finish off my ‘best records of last year’ list on the other blog, and also doing some freelance work that’s been cutting into my writing time, but I’m back on top of things now and have lotsa good stuff lined up for the coming months.

Before that though, a couple of things worth a quick mention…


1.
In case you’ve not seen it elsewhere, exciting news about the rejuvenated Hammer sorting out their back catalogue! Now finally I can stop bitching about how rights issues etc have made it near impossible to see some of their best films and how difficult it is to actually find a copy of ‘Curse of Frankenstein’ etc, and instead just sit back and play the waiting game. (They’ve put up a new weblog keeping track of restoration developments here, if yr interested.)

Who knows, what with this, Kino’s Jean Rollin releases and Eureka’s new Repo Man disc, I might even have to bite the bullet and invest in a blu-ray player. I mean, don’t get me wrong, as a natural luddite I’m still inherently suspicious of all this HD business and believe that movies should be flat, as nature intended. But, y’know – extras, deleted scenes, nice picture quality, booklets full of pointless essays, cool stuff – I’m easily won over. I can always plug it in with a scart and watch stuff in glorious SD, just to be awkward.
2.
At the other end of the scale, it will probably come as little surprise to learn that we here at Breakfast in the Ruins are pretty bummed out about this whole SOPA/PIPA nonsense. Not being a US citizen, there’s not much I can do to directly influence such matters, but.. those of you who are don’t need me to tell you to go do what you need to do, I’m sure. I considered trying to take the blogs down for a day, but as that would prove a fairly awkward manoeuvre within the blogger structure, thought in the end I’d just do my bit by sitting on my arse and not posting anything for another day.

Hopefully the kind of ‘internet wars’ we’ve seen subsequently won’t escalate further, but let’s just say that, personally, I’m pretty narked about the whole business simply because up until yesterday I had links to a couple of dozen obscure, commercially unavailable movies all ready to go, now leading to dead pages. So, just in case I hadn’t made up my mind which side I was on yet, the copyrights lobby just entered my little universe by way of cancelling a whole season of forthcoming movie nights – way to win those hearts & minds guys, although frankly I guess they gave up on that sorta thing a few years ago when they took to throwing people in the slammer for listening to pop songs, as opposed to, say, rethinking their business practices to respond to a changing world, just like their predecessors have had to do for generations.

Purely in terms of movies, whilst I of course believe we should do everything our disposable income allows to support independent DVD labels and anyone else who’s out there treating marginal cinema with the respect it deserves, there’s still a vast universe of forgotten, whacked out stuff that no one’s ever gonna bother throwing on a disc, with only networks of fans to keep it alive and… y’see where I’m going with this, I’m sure, and the metaphorical producer is in the metaphorical control room making neck-slicing ‘wrap it up’ type motions at this point, so, uh, yeah - Damn The Man, and so forth, and GOODNIGHT!

Labels: getting hassled by The Man, Hammer, lameness excuses, self indulgence

Down with the running dogs of the bourgeoisie! I've wondered how we can do our bit against SOPA/PIPA, but there doesn't seem to be much besides posting against it, as you have done. I salute you.

I've been resisting getting a blu-ray player just because I know I will end up RE-buying a bunch of DVDs I already have. Especially with all the recent Fulci releases, and the Rollin stuff.

As for SOPA CRAP, well, I signed the petition... but I don't think it will get passed.