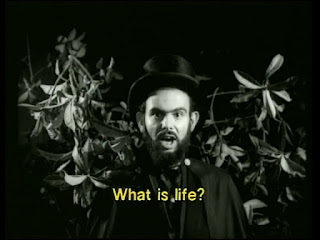 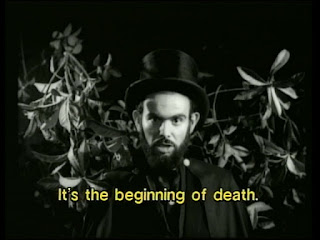 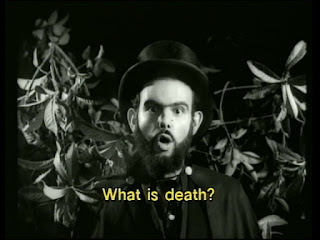 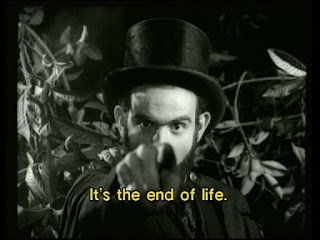 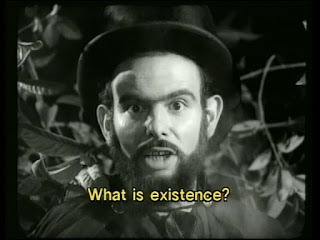 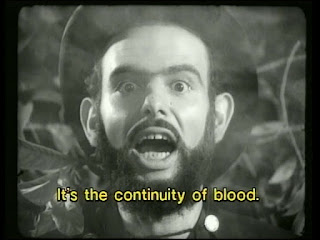 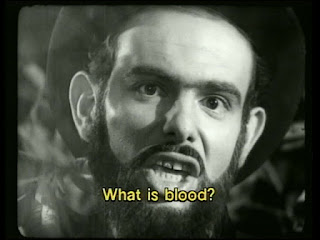 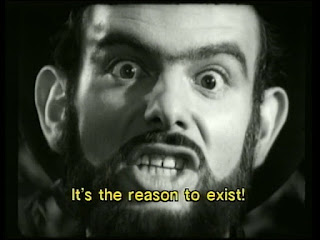 And so, we bid farewell to José Mojica Marins, aka Zé do Caixão, aka Coffin Joe, who departed this life aged 83 on February 19th in São Paulo, presumably still cursing god and mocking the pathetic vanities of the human race, or so I’d like to think.

When I began this blog back in 2009, some of the first posts here consisted of my ineffectual attempts to come to terms with the truly inexplicable series of films Marins more or less single-handedly created through the ‘60s and ‘70s, and all these years later, they still collectively lurk somewhere in the back of my brain like repressed memories of some unresolved trauma.

I will certainly never forget the evening, back in my long gone student days, when I stayed up even later than usual to catch a one-off TV airing of Marins’ ‘O Despertar da Besta’ [‘Awakening of the Beast’, 1970], which – extraordinarily, in retrospect - was screening on Channel 4 in the UK, as part of a season of ‘global weird cinema’ or somesuch. To say I was unprepared for what I saw that night would be an understatement. To say that I’ve never been quite the same since however would not be much of an exaggeration.

Presumably working with a sum equivalent to the catering budget on Alejandro Jodorowsky’s ‘The Holy Mountain’, Marins here produced a work which stands alongside it as the ne plus ultra of brain-breaking cinematic lunacy - and the fact that it is merely the icing on the cake of a fifteen year run of similarly disturbing, indigestible craziness, all produced for similarly miniscule budgets, under the nose of a repressive military dictatorship, no less - only adding to its power. 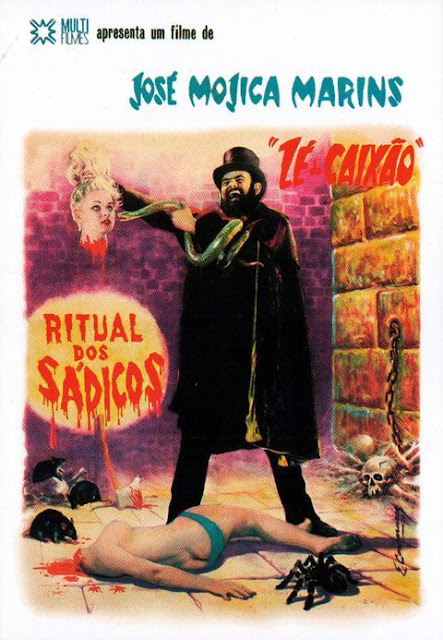 Although I’m of course aware that - in his mellower, later years at least - Marins was always keen to stress that the views and behaviour of his Zé do Caixão character, I’ve always felt that there is something distinctly unsettling about the fact the Coffin Joe enjoyed the status of a pop culture icon in Brazil – starring in a series of best-selling comic books, frequently appearing on TV, promoting ice lollies and making promotional public appearances, etc – whilst the films he was directing and starring in meanwhile played like the outpourings of a genuinely damaged mind.

Characterised by a sense of pill-popping intensity and nightmarish psychedelic disorinetation, a relentless appetite for misogynistic / misanthropic sadism, and a seemingly endless profusion of virulent, often incomprehensible, quasi-philosophical diatribes, delivered straight to camera by the director himself, these films are almost literally impossible to describe - they must be seen to be believed.

Whilst Marins’ first horror film, 1964’s ‘À Meia-Noite Levarei Sua Alma’ [‘At Midnight I Will Take Your Soul’] to some extent retained the conventions of traditional gothic horror, his films became increasingly idiosyncratic and disjointed as his character’s popularity increased through the ‘60s. I’m unsure to what extent there is some kind of Brazillian cultural specificity at play here, but from an outsider’s POV at least, it is strange indeed to imagine Zé do Caixão’s teenage fans packing out their local picture houses with their ice cream and popcorn to enjoy an adventure with their favourite comic book character, only to be presented with something as deranged as ‘O Despertar da Besta’ or 1967’s equally indescribable ‘Esta Noite Encarnarei no Teu Cadáver’ [‘This Night I Will Possess Your Corpse’] .

Whilst watching these films, I’ve often reflected that, if I were the Chief of Police in São Paulo during the 1960s, and I happened to visit the cinema of an evening and saw one of these flicks, I would be inclined to instruct my people to keep a very close eye indeed on this guy’s activities. I mean, just look at this stuff for godssake - he clearly must be up to no good, one way or another! 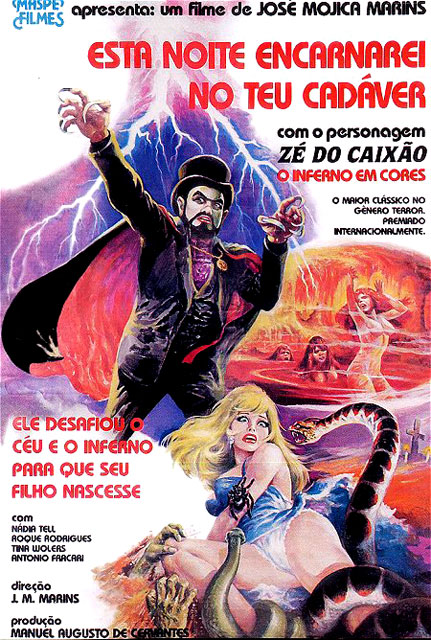 In fairness to Marins, it could equally be argued that his unique vision of extremity within the horror genre was simply so far ahead of anything being attempted by his global contemporaries that it proved impossible to contextualise at the time. That he subscribed to the belief that horror needed to be genuinely horrific is obvious, and his Zé do Caixão alter-ego could likewise ultimately represent a pure nightmare figure – a black mirror embodiment of the worst of human egotism, espousing beliefs which for all we know may have been the direct opposite of those his creator held in real life.

Certainly, the grisly demise Coffin Joe tends to meet at the end of each of his films, and Marins’ decision to title his 2008 comeback film ‘The Embodiment of Evil’, would tend to support this theory; but if this were really the case, how could we explain the existence of a film like 1970’s ‘Finis Hominis’ (‘The End of Man’, 1970), a less extreme but no less peculiar non-horror outing which instead takes the form of a kind of satirical religious parable?

Playing multiple roles here, Marins spends much of the run-time ranting direct to camera, holding forth with messianic urgency in a manner not dissimilar to the hellfire-charred rhetoric heard in his horror films. Though his words frequently descend into the realm of absolute nonsense (insofar as can be judged from the questionable English sub-titles burned into the only extant prints, at any rate), the director – as always – seems frighteningly in earnest, seemingly trying to make some very profound metaphysical points about… something or other? Quite what though, who can possibly say.

(In attempting to make sense of Marins’ extraordinary output during 1970, it might be worth noting that Wikipedia lists both ‘O Despertar da Besta’ and ‘Finis Hominis’ as exemplars of Cinema da Boca do Lixo [‘Mouth of Garbage cinema’], a grass-roots / anti-establishment film movement which grew out of the slums of downtown São Paulo in the late 1960s, blending ‘new wave’ aesthetics and low budget guerrilla technique with shocking/exploitational pop subject matter… but, that seems like a whole other cultural rabbit-hole, perhaps best left for another day.) 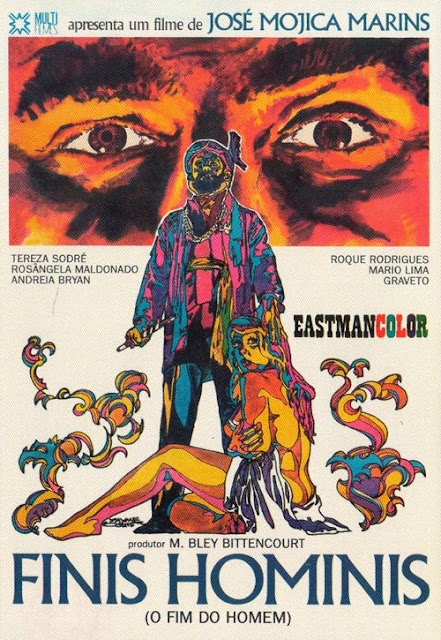 Despite having seemingly thrown his battered top hat into the ring with some weird out-growth of the psychedelic counter-culture during this period however, Marins often seemed reticent to discuss the philosophical or autobiographical aspects of his works in later years, after his work was belatedly discovered by the English-speaking world in the 1990s.

Alhough a sequel to ‘Finis Hominis’ appeared in 1972, Zé do Caixão was soon back to scarifying his core audience with the increasingly bedraggled likes of ‘Estranha Hospedaria dos Prazeres’ [‘Strange Hostel of Naked Pleasures’, 1976] and ‘Delírios de um Anormal’ [‘Hallucinations of a Deranged Mind’, 1978]. Even in these later, less otherworldly, films though, the genuine frisson of danger and madness – the sheer impossibility of trying to predict what might happen next – remained intact.

It may be a deathless cliché to proclaim “we will not see his like again” in obituary posts like this one, but I honestly can’t think of anyone for whom such an epitaph would seem more appropriate. In spite of the poverty and cultural isolation from which his work sprang, Marins’ understanding of, and contribution to, the aesthetics of horror cinema is vast beyond measure.

However frequently they might have done the rounds, circulating amongst fans of weird movies and outré culture, watching one of his films is still not an experience which cannot be entered into lightly. Like stumbling through the door to some forbidden netherworld you never even dreamed might exist, they will leave you feeling as if you’ve opened yourself up to possession by some slavering, unclean spirit, ready to show you things you’ve never seen before and, gods willing, will never see again.

A fond farewell then, to a true cinematic maniac. 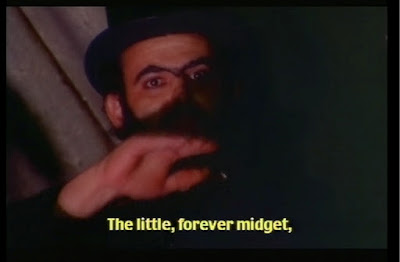 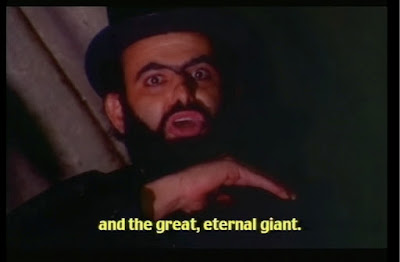 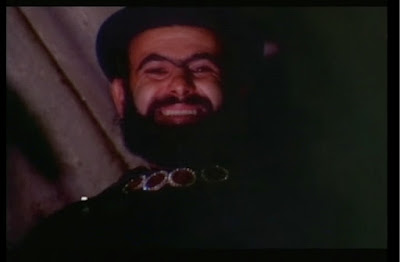 Coffin Joe is one of those names thats been in the background for me for years now, yet without ever actually watching one of his films - much like Naschy.

Perhaps its finally time to have a look.