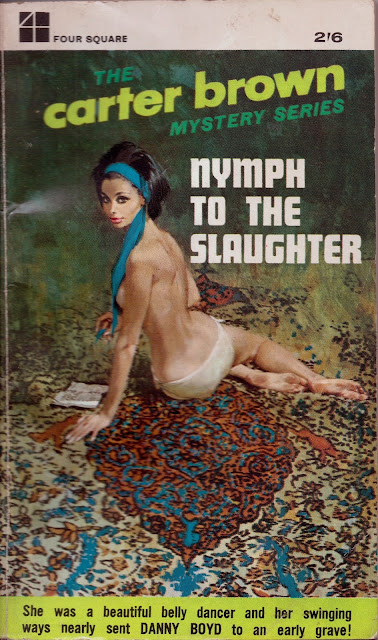 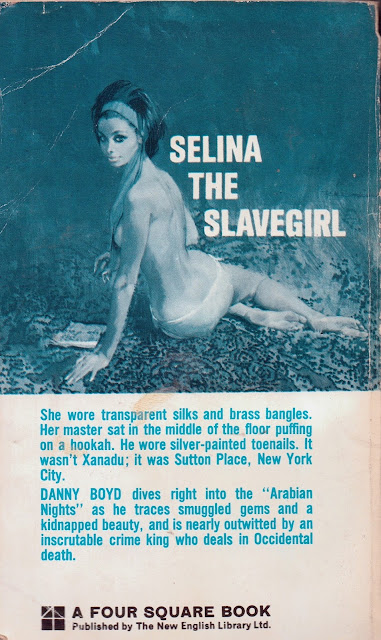 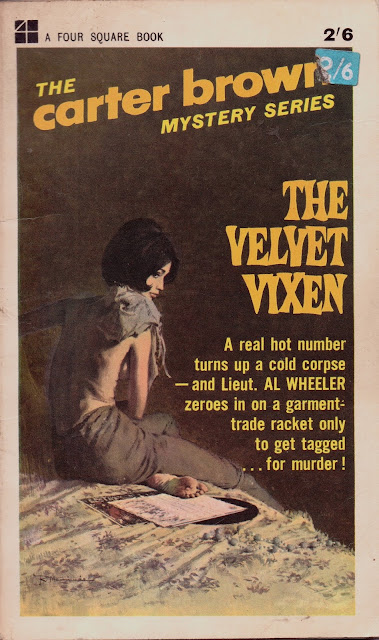 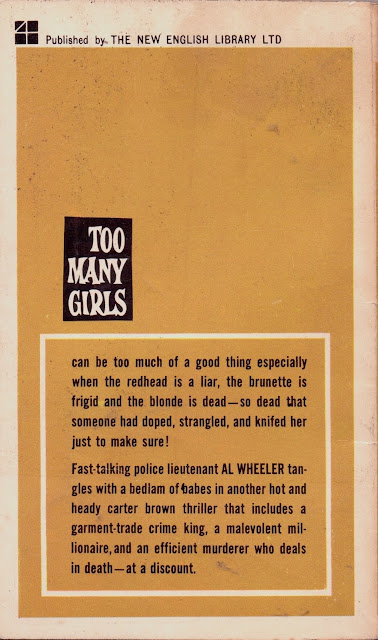 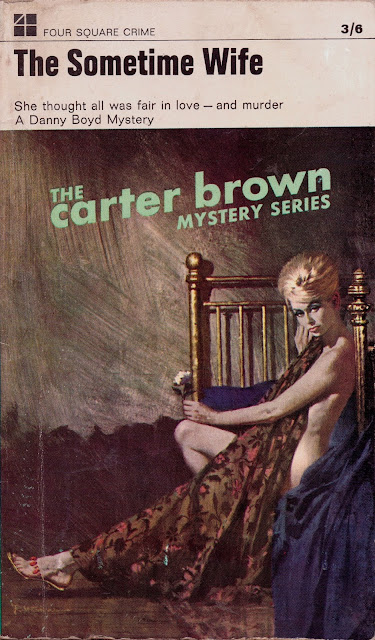 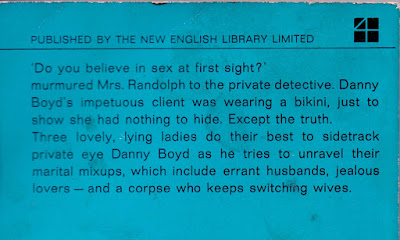 Much like the later New English Library Edgar Rice Burroughs paperbacks, collecting these Carter Brown books with the Robert McGinnis girly artwork can start to feel like assembling a pack of trading cards or top trumps after a while.

Perhaps paperback collectors should devise some sort of game where we deal them out and play for keeps, using a system of values based on the coolness of the cover art, or something?

Anyway, here are three particularly choice additions to my hand, all picked up on a trip to Hay On Wye over the summer. ‘The Velvet Vixen’ in particular is one of my absolute faves I think. Look at that foot!

All of these were published in the UK by New English Library’s Four Square imprint between 1964 and 1966. 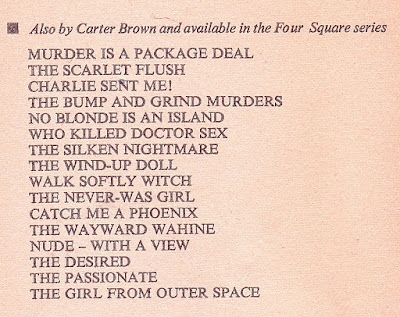