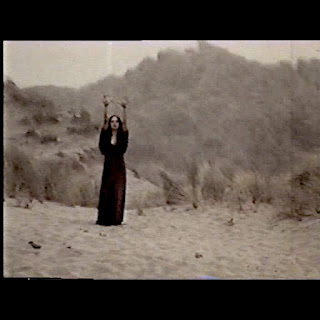 Segueing neatly from last week’s post into a bit of shameless self-promotion, this seems a fitting moment to alert you to the fact that I actually utilised the previously quoted passage from ‘Satan’s Slaves’ as part of the text accompanying a new musical [or, perhaps I should just say, “sound”] venture that I threw online a couple of months ago.

In essence, Count Dracula’s Great Love aims to combine sounds from the past with some recorded in the present, mixing and manipulating the two in an attempt to conjure and explore the mysteries, aesthetics and atmospheric resonances of particular times and places long gone. Realised at least partially via the means of a trusty VHS player, assorted boxes with knobs on and a digital four-track, the project’s initial instalment mines the darker side of the American South-West in the early 1970s, and can be sampled either via the link above or through the embedded box below. If you dig it, or get something out of it, please spread the word.