The Adventures of John Carpenter
in the 21st Century:
Cigarette Burns (2005) 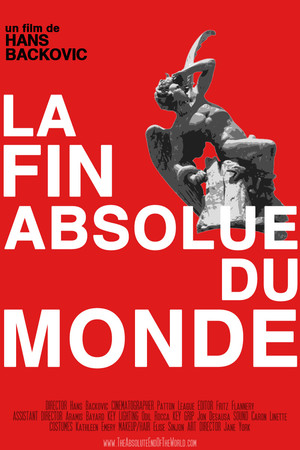 After effectively clearing his desk and waving goodbye to the Hollywood rat-race following the critical and commercial failure of ‘Ghosts of Mars’ in 2001, John Carpenter’s next directorial assignment was a one hour TV movie, produced as part of the first series of the ‘Masters of Horror’ project in 2005. Subsequent to its original broadcast, ‘Cigarette Burns’ has lived on as one of the most talked about and well regarded entries in that series… although the extent to which its success can be attributed to Carpenter’s participation is debatable, as we shall go on to discuss.

Before we get to that though, Drew McWeeny and Scott Swan’s script for ‘Cigarette Burns’ is very much a “high concept” number, and a pretty great one at that, so a quick synopsis is probably in order.

Basically, the story here is nothing less than a cult movie in-joke blown up into a full-blooded piece of cosmic horror, built around what is basically a celluloid equivalent of Lovecraft’s ‘Necronomicon’ (or, more prosaically, a movie-world version of the 1999 Polanski thriller ‘The Ninth Gate’).

Our protagonist is Kirby (Norman Reedus), the proprietor of a struggling Alamo Drafthouse-style repertory cinema, who also holds a formidable reputation for tracking down elements for lost and ultra-obscure films. It is in the latter capacity that Kirby visits the home of a decadent, ultra-wealthy collector named Bellinger (played for maximum creep effect by Udo Kier), who offers him enough money to immediately write off his debts and save his cinema, if he can track down a print of one particular film.

All well and good then, but we can almost feel Kirby’s guts perform a somersault when Kier dramatically announces that the film he wishes to locate is… ‘La Fin Absolue du Monde’.

The near mythic final work of a controversial (and deceased) European director named Hans Backovic, ‘La Fin Absolue du Monde’ was publically screened only once, at the Sitges festival in 1969. Legend has it that people died, and blood ran in the aisles. Survivors refused to discuss what had happened in the screening room, and were never quite the same. The director’s sole print of the film was reported to have been seized by the Spanish authorities and destroyed. Or was it…?

Bellinger has of course been obsessively collecting ephemera related to ‘La Fin Absolue du Monde’ (a framed poster hangs next to his priceless three-sheets for ‘Metropolis’ and ‘Nosferatu’), and the stakes are raised further when he offers to show Kirby the jewel of his collection – a living souvenir from the production that subsists in darkness, chained in his basement.

Now, if you’re anything like me, by this point the rest of this review will pretty much be moot. You will need to seek out and watch ‘Cigarette Burns’ immediately.

Ever since Lovecraft first placed the idea in my head as a teenager, I’ve loved the notion of a cultural artefact so terrible (in the literal sense of the word) that it destroys those who come into contact with it, and have always found myself totally captivated by stories along those lines.

That the ephemera surrounding weird, esoteric movies also greatly appeals to me should be no-brainer given the nature of this weblog, and I’m happy to report that, for the most part, McWeeny and Swan’s script tackles this material as well as could be wished for, mixing up just the right quantities of mystery and ambiguity, attention to detail and engrossing detective work to create a slow, creeping sense of dread and fascination around ‘La Fin Absolue du Monde’, building up our anticipation of the moment when Kirby finally finds himself touching the canisters containing the reels of the film to fever pitch.

Given that this review strand focuses on John Carpenter though, we should probably divert our attention back toward his contributions, and, the first thing that will be obvious to the director’s fans is that ‘Cigarette Burns’ does not feel very much like a John Carpenter film. I’m not sure at what stage of the pre-production Carpenter became involved, but suffice to say that, beyond the actual, technical business of directing, the other distinctive touches that feed into what we think of as “a John Carpenter movie” – usually incorporating everything from the writing, to the casting, to the score – are notable by their absence.

My gut feeling is that Carpenter must have approached this one as a straight “shoot the script as written” job, and, given the strength of the material provided him by the writers and the wealth of interesting plot detail to be covered, that was probably a good call.

Nonetheless, I hate to say it, but…. I can’t help but feel that the intermittent weaknesses that compromise this otherwise excellent film could potentially be interpreted as the result of Carpenter bungling certain aspects of the script that simply presented him with situations and ideas that he was simply unable to get a proper angle on.

It’s not as if Carpenter hadn’t taken a few creditable shots at cosmic horror in the past (see ‘Prince of Darkness’ (1987) and ‘In The Mouth Of Madness’ (1994) in particular), but, whilst I like both of those films, I’ve always felt that his sensibility as a director does not really lend itself to grasping the totality of the Lovecraft/Kneale-derived stories he so obviously admires.

Caprenter’s take on things is just too, I dunno… pulpy, for want of a better word. His best films are down to earth, action-orientated, practical. At times, he has been able to conjure great power and atmospheric gravitas from Weird Tales-esque subject matter, but when more careful notes of subtlety are required, or when things start to get more cerebral, multi-layered or mind-bending, he has a tendency to (sometimes literally) lose the plot.

Thus, whilst the treatment of ‘La Fin Absolue du Monde’ during the first half of ‘Cigarette Burns’ achieves an absolutely sublime level of eeriness, things become progressively more inconsistent as our protagonist gets closer to comprehending the true nature of the film-within-a-film.

Personally speaking, I found the story’s ‘angels & demons’ angle to be both tediously over-familiar and pretty poorly handled, and the film’s conclusion is also marred by the inclusion of an excruciatingly silly, sub-Fulci gore set-piece that seems to have been thrown in purely as a rather patronising attempt to keep the horror fans ‘on-side’ – but whether you wish to place the blame these minor fumbles on script, director, the producers of the series or some combination thereof is largely a moot point.

A more significant misstep comes I think when Carpenter actually begins to let us see pieces of footage from the dreaded, blasphemous reels of ‘La Fin Absolue du Monde’, and – in the tradition of every film you’ve ever seen in which a character is built up as an artistic genius whilst the poor production designer is handed the thankless task of coming up with some evidence to justify this assertion – it is inevitably a bit of a let-down.

As if echoing the real life experience of soaring expectation followed by crushing let-down that frequently befalls those of us who make a habit of tracking down weird and obscure movies, the scene earlier in ‘Cigarette Burns’ in which we get to see some production stills from ‘La Fin Absolue du Monde’ is almost heart-stoppingly exciting - all the more so given how closely it mirrors the feeling I’m sure we’re all familiar with, when one sees a hazily suggestive black & white still from some extraordinary, esoteric movie reproduced in a reference book and thinks, “my god, what is this movie?! I must see it!”.

It is in these moments – whilst interrogating the networks of fascination, repulsion and obsession that underlay our shared desire to seek out non-mainstream films – that ‘Cigarette Burns’ is at its strongest, finding new ways to fuse the real life interests and activities of its perceived viewers with intimations of doom-laden supernatural horror.

The moment it becomes clear however that ‘La Fin Absolue du Monde’ basically just resembles some pretentious, Catholic-baiting Euro-arthouse S&M/torture flick – the kind of thing a particularly po-faced student might come up with after watching a few Borowczyk or Robbe-Grillet films - the spell is broken.

Another significant drawback arises from the fact that, whereas in his own films Carpenter has pretty much always framed his characters within a semi-fantastical, action-adventure environment, ‘Cigarette Burns’ by contrast requires him to present his protagonist’s back-story (which involves drug addiction, the death of a partner and a hefty burden of subsequent guilt and responsibility) in strictly realistic, harrowing terms.

As a result, the scenes in question are played so heavy-handedly they’re almost laughable, raising sniggers from moments in our characters’ lives that should be devastating, and botching the whole (potentially very interesting) aspect of the story wherein the power of ‘La Fin Absolue du Monde’ lies in its ability to become toxically entwined with the personal failings and guilty consciences of the individuals who become involved with it. Such an idea is, admittedly, pretty difficult to fully elucidate on screen, and I hope readers will understand that it is not necessarily a criticism of Carpenter when I say I suspect that, working under the time and budgetary constraints of a one hour TV movie, he couldn’t really make it fly.

But, I don’t want to accentuate the negative too much here. Although flawed to a certain extent, ‘Cigarette Burns’ is nonetheless a captivating and thought-provoking effort that – in direct contrast to the reassuringly familiar terrain of ‘Ghost of Mars’ – sees Carpenter casting the net of his ambitions way beyond the limits of the comfort zone he had carefully established for himself in preceding decades, producing a bold and unique horror film that, whatever your eventual take on it is, certainly stands as a ‘must see’ for anyone with an interest in cosmic horror, the culture surrounding ‘cult films’, and the potential intersection between the two.

Were it not a TV show, this would be one of those movies for which you would be well advised to book a table in advance for the post-screening discussion, which is liable to get just as involving as the movie itself. I highly recommend tracking it down, despite having just spent the best part of a thousand words griping about all things it got wrong.

Excellent review, very well done. I love this episode, but also acknowledge its flaws. I wonder if the script, as written, just veered too far from Carpenter territory. While he's certainly knowledgeable about film, he never struck me as the kind of obsessive that I am (we are?).

I've also never seen him tackle a character's personal demons like addiction (Christine probably comes closest). No surprise, then, that he fails to effectively connect the two even though it's evident in the script.

All in all, it's amongst the Masters of Horror's best, even if it isn't among Carpenter's best.