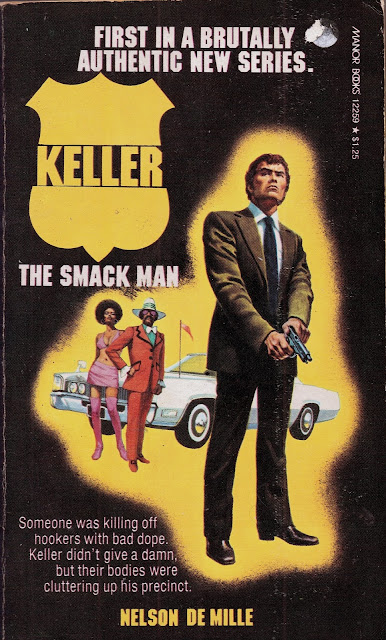 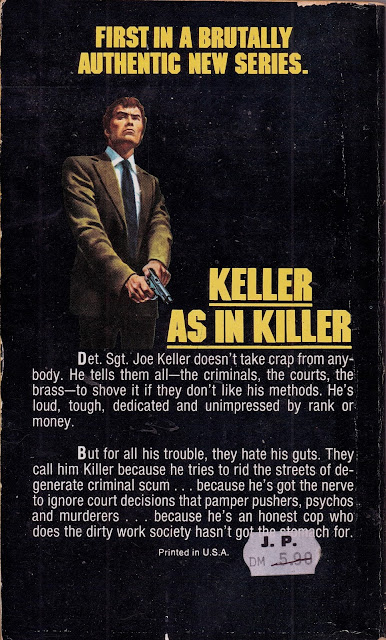 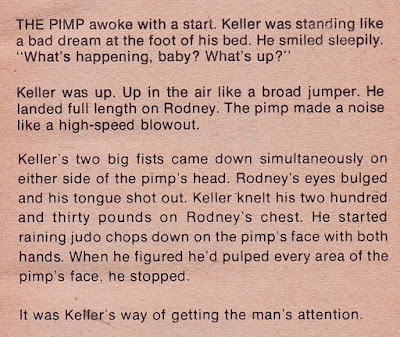 Bloody hell. As if to demonstrate the scarcity of these ‘blaxploitation pulps’ in my collection, not to mention the frighteningly rabid conservatism prevalent in these ‘70s ‘men’s adventure’ series books, we’re already down to this one for our second (and thus far, final) Soul Pulp post.

Born in 1943, Nelson De Mille began writing series detective books from the mid ‘70s onward and is still writing thrillers at a prolific rate to this day.

Trying to determine exactly how many ‘Keller’ novels he turned out is however complicated by the fact that some if not all of these books seem to have first been published as outings for the author’s on-going character Joe Ryker, and were sometimes credited to his Jack Cannon pseudonym, except when they weren't. For reasons unknown, these Ryker books were then retooled as Keller books, with “Joe Keller” taking over as the protagonist.

From the late ‘80s onward, it seems that De Mille revised and republished all of these books as Ryker novels, and removed all mention of “Keller” from his bibliography, with most online sources following suit. Currently, some ‘Ryker’ books being sold on Amazon even have ‘Keller’ cover art attached to them, so… who knows. I have no idea what was going on with all that, to be honest.

Anyway, for what it’s worth, ‘The Smack Man’ usually seems to be listed as the fourth Ryker book, despite appearing here as the first Keller one.

As to the book itself…. well it seems to be yr standard trudging police procedural business, enlivened largely by frequent and bold use of expletives, detailed drug use and other such tough guy shit, with some rampant misogyny, bone-crunching violence and ugly racial stereotyping thrown in for good measure. As such, there's probably some good, cynical fun to be had here, if you're nasty enough to dig it.

For a pure dose of 1975, just check out this central card ad page and the text that surrounds it. Nice. 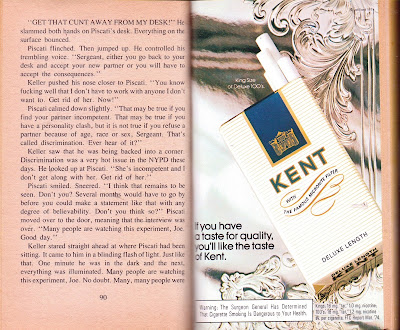 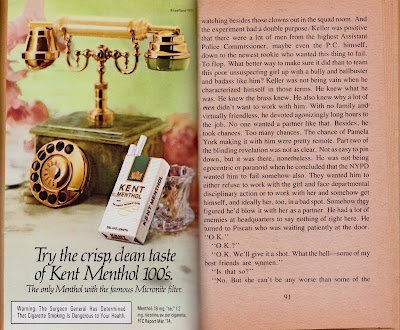