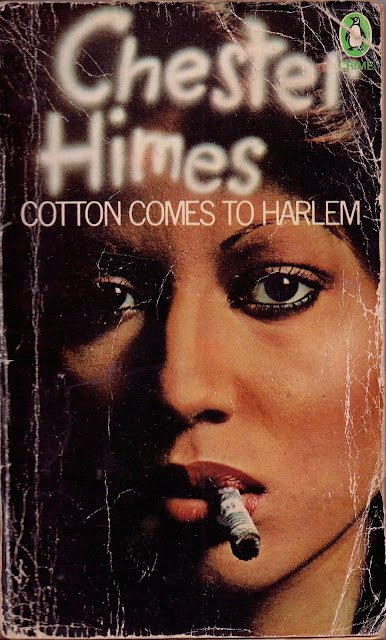 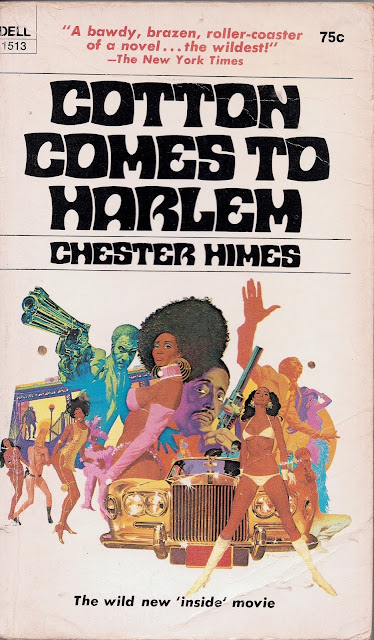 Normally, I’d try to avoid putting two copies of the same book side by side on my shelves, but when I scoped the exquisite American Dell copy of Chester Himes’ ‘Cotton Came To Harlem’ - featuring artwork taken from the superb poster for the 1970 movie, courtesy of Robert McGinnis, as well as a rather nice font - I knew I had to make an exception and stack it up next to my Penguin copy.

I like the Penguin cover too, but the Dell really is a thing of beauty. I only wish my crappy scanner could do justice to the detail of McGinnis's illustration. And no, I’m not sure what “the wild new ‘inside’ movie” is supposed to mean either, but hey – that’s 1970 for you.

If you’re unfamiliar with Himes and his work, I’ll save you most of the hyperbole and simply state that I consider him one of the best American crime writers, period, and that this 1964 belter is a great place to start.

Need more info before committing? I’ll let the back office boys at Penguin and Dell step in to do their damnedest; 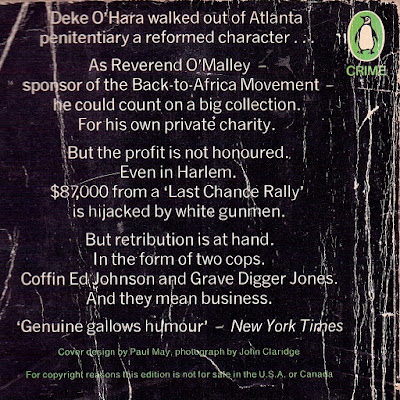 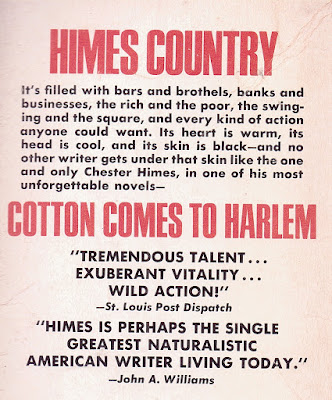 The inspiration for this post by the way comes from the fact that I recently got around to watching the aforementioned movie adaptation of ‘Cotton Comes To Harlem’, directed by Ossie Davis. It’s not a bad effort by any means, but whilst it keeps the events and characters of the novel pretty much intact, it falls well wide of the mark when it comes to actually capturing the tone of Himes’ writing.

True, the broadly comic elements and madcap chase antics prioritised by Davis’s film are certainly present in the novel, but the difference is, Himes managed to put them across whilst remaining hard-boiled as fuck, with a burning rage against those who seek to take advantage of the black, urban poor boiling under every page. The movie, essentially, does not.

Significantly downplaying the wanton bloodshed and sweaty, sexualised energy of Himes’ book, as well as the grittier elements of his social realism, the movie plays safe, largely limiting its social criticism to a rather mild lampooning of the contemporary Black Power movement. Meanwhile, the white establishment largely gets off scot-free, with Digger and Ed’s clueless superiors eventually rewarding them for their zany, crook-catching ways much has you’d expect at the conclusion of any light-weight buddy cop movie.

Such compromises though are perhaps inevitable when we consider that ‘Cotton..’ was a major studio venture released several years before ‘Shaft’ and ‘Superfly’ helped make the black action film a viable proposition at the U.S. box office. If Davis was required to take a somewhat whimsical approach to ghetto life and black criminality in order to get his project to the screen though, he and his collaborators nonetheless pulled out all the stops to deliver a eminently entertaining picture, full of solid performances, wild action scenes and evocative location shooting, all of which make it well worth checking out, even if it fails to hit the lofty heights of its source material.

What I liked about the film most of all though is that it reminded me of reading the book – and when the book in question is this good, that alone is enough to earn the movie a pass. 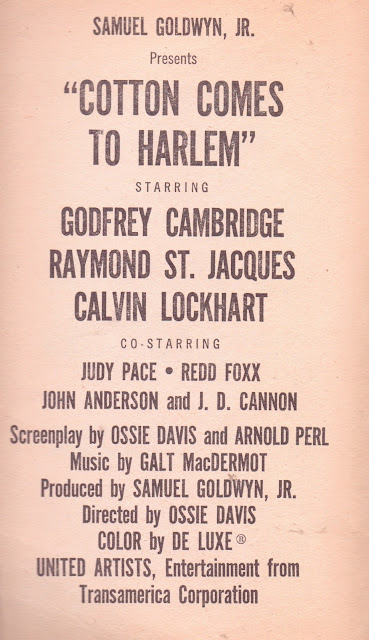 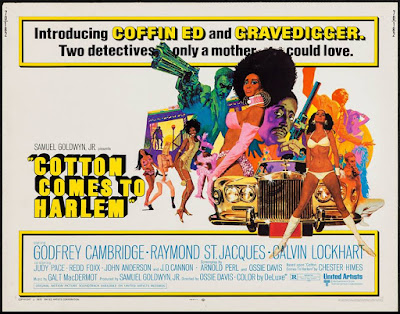 Cotton was a very good film with terrific casting. Cambridge and St. Jacques made a perfect team. I've been meaning to buy the DVD after recently watching a neutered version on a cable channel. I saw the film first in a theater.

The comedic aspects took precedence over the tough as nails narrative. The Charleston Blue sequel followed the law of diminishing returns.