A Visit to Jean Rollin’s Grave. 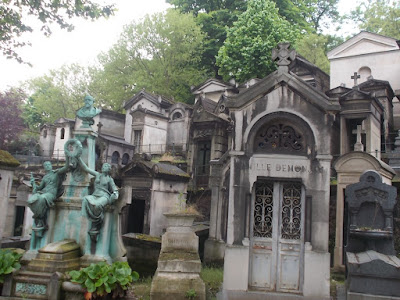 Earlier this month, I visited Paris for the first time in many years, and naturally I couldn’t pass up the opportunity to visit the resting place of one of my favourite filmmakers, the great Jean Rollin.

Approaching Père-Lachaise Cemetery through the quiet lanes leading to the side entrance off the Rue de la Rèunion, the city’s muted roar of traffic gradually gives way to bird song from the trees overhead and the muffled clamour of morning break-time at the nearby primary school, and it is hard not to reflect that, as much as his fans might have envisaged his ashes being scattered into waves at Dieppe, there is really nowhere more appropriate for Rollin to be entombed than alongside the great and the good of his city, deep within this veritable cité des morts.

Despite the frequent intrusion of ill-mannered tourists wrestling with their google-map equipped devices in perpetual search of Jim Morrison’s regrettably placed monument, Père-Lachaise retains its unique atmosphere, with its sheer scale and prevalence of overhanging foliage giving the cemetery’s central portions a sense of complete isolation from the outside world – a feeling that Jean Rollin must surely have appreciated, even as he endeavored to embody a similarly rarefied atmosphere in many of his films. [Needless to say, Rollin actually used the cemetery as a location in both ‘Lèvres de Sang’ (1975) and ‘Les Deux Orphelines Vampires’ (1997).] When night falls, as the gates are locked and the tourists depart, is there anywhere he would feel quite as at home as here? 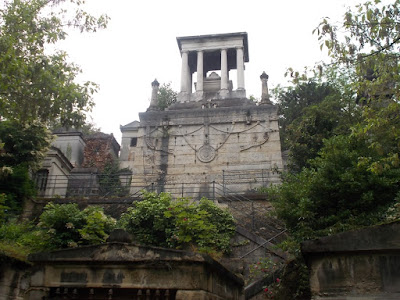 A small, wedge-shaped block in the central Eastern part of the cemetery, Division # 27 of Père-Lachaise can be easily reached by climbing the winding steps surrounding the colossal tomb of the Baroness Elizaveta Alexandrovna Stroganova (pictured above), just off the pathway known as the Chemin des Chèvres.

Though #27 is thankfully one of the smaller Divisions in the older part of the cemetery, it still took us a good fifteen minutes of off-the-path searching to locate the modest Morel / Le Gentil family tomb within which Jean Rollin is interred, commemorated by a simple stone plaque appended to the tomb’s frontage, next to that of his son Carel, who sadly passed away in 2001. Though he was born Jean Michel Rollin Roth Le Gentil, Jean’s plaque simply bears the name by which the world knew him best. 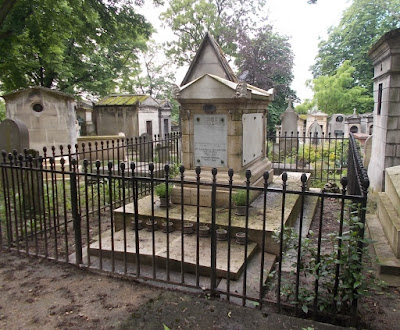 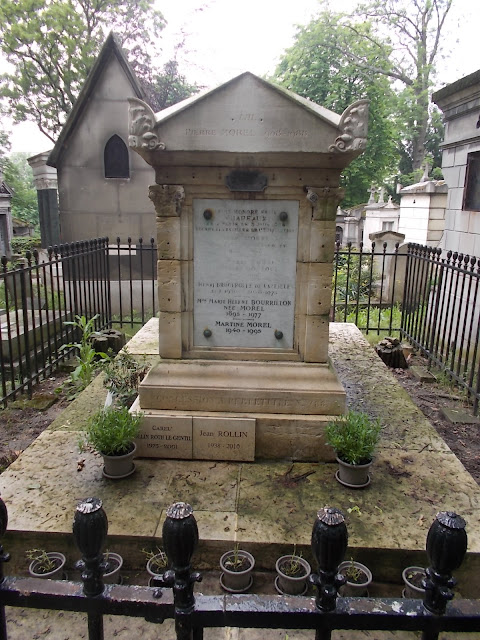 Raising the metal bar that secures the gate to the railings around the tomb, I took a brief step inside to leave my own small tribute. Perhaps not quite un rose de fer, but the closest I could come up with at short notice. Rest in peace Jean, and may your spirit run free among these mysterious stones, dreaming of stories and pictures, for as long as they stand. 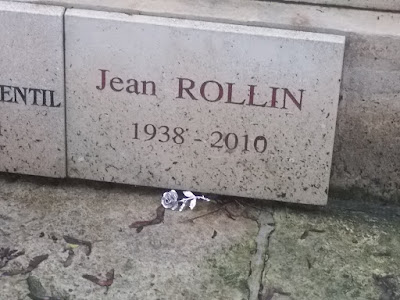 
Appendix # 1: Whilst kneeling at the base of the tomb, I couldn’t help but notice a small red and black beetle with a striking ‘deaths head’ type design on its carapace making its way across the step. Not exactly being an expert on beetles, I have been unable to identify this species, and am uncertain of their commonality within the cemetery, or whether or not any significance is attached to them, but either way, it seemed an odd bit of synchronicity. 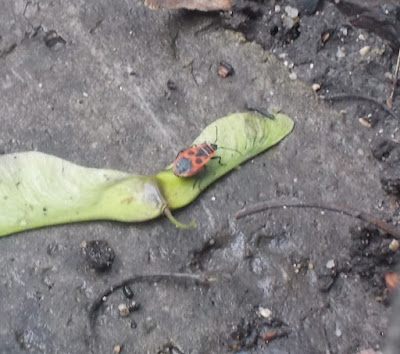 Appendix # 2: The location of the Le Gentil / Rollin tomb, it should be noted in closing, actually borders on the cemetery’s larger 28th Division, which is seemingly the chosen resting place of assorted military generals and 20th century descendants of the Morat / Bonaparte dynasty. The thought of Jean Rollin quietly sneaking in under the grandiose noses of these representatives of a very different French culture amused me greatly. 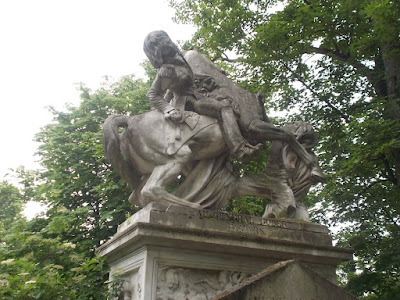 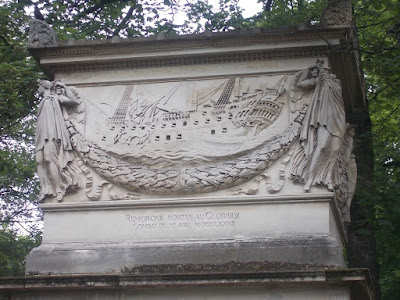 Appendix # 3: Some bonus cemetery photographs? Why not. 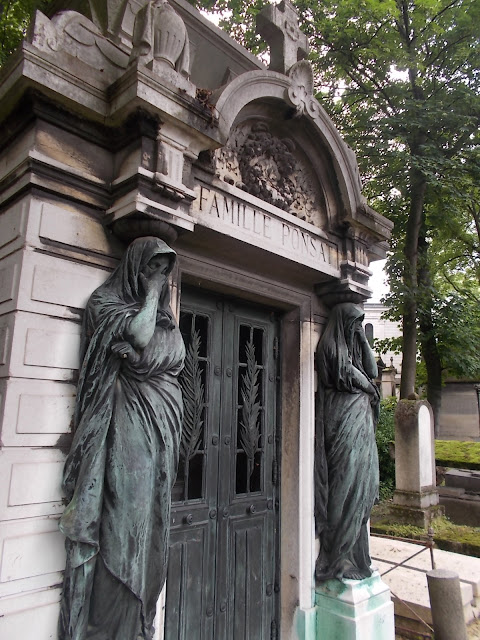 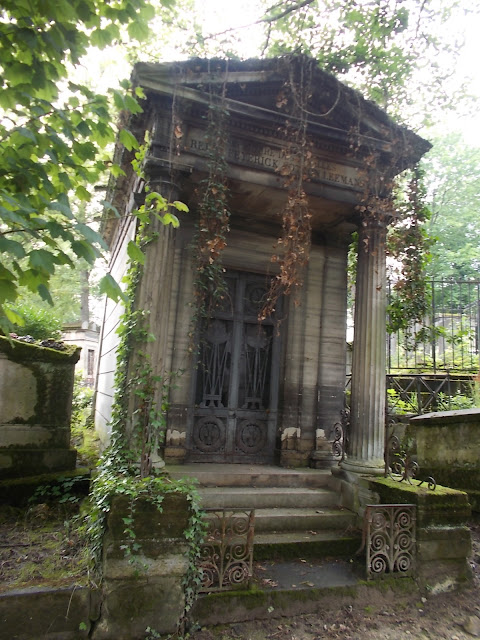 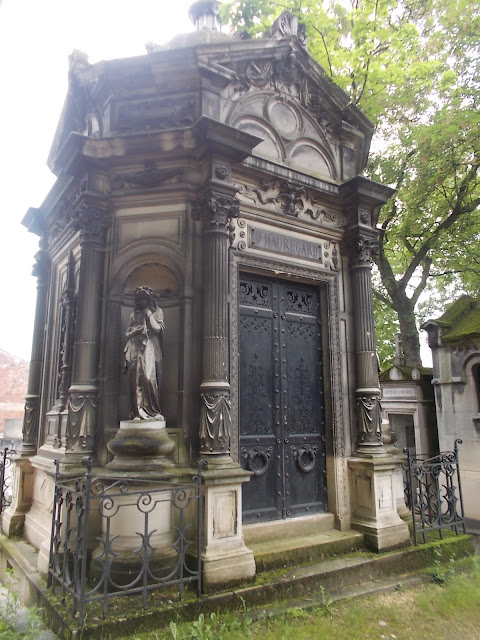 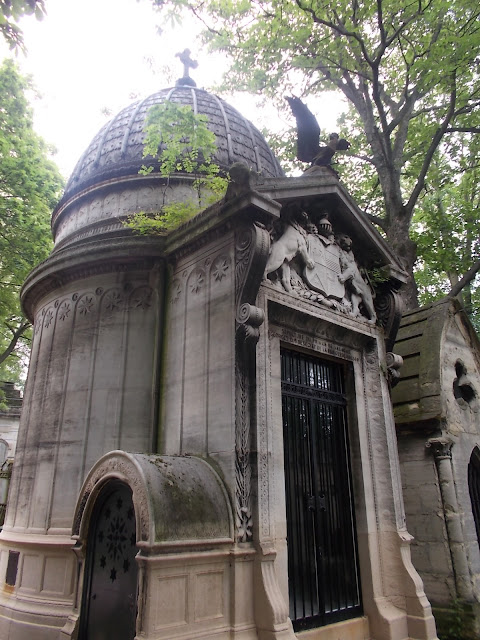 At any time, he revives.

Beautiful piece. Thanks for leaving a tribute for all of us that haven't been able to visit.