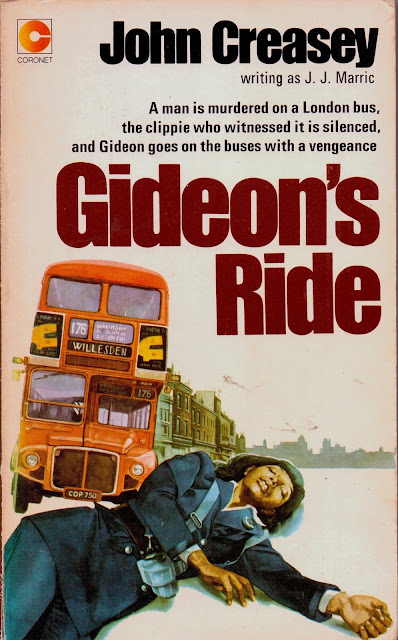 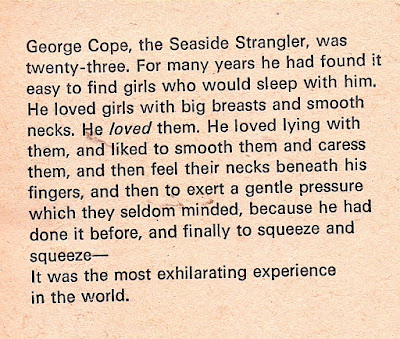 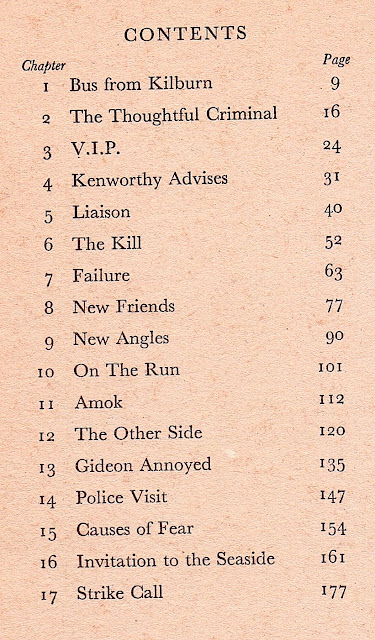 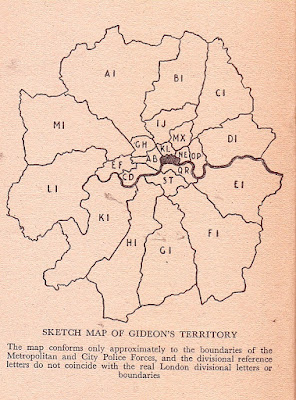 The work of almost unbelievably prolific British crime writer John Creasey is not something I’ve ever taken a particular interest in, but when I spied this volume amid a stack of long discarded ex-pat poolside reads in a bookshop in Lagos, Portugal, something about the London-centric theme and the striking (unaccredited) cover illustration – featuring a (presumably murdered) black, female bus conductor - really grabbed me.

Also noteworthy is the somewhat edgy inside cover blurb reproduced above, which pulls a nice “oh yeah, that’s right, yeah, me too, yeah, I, uh… oh, wait, hang on a minute..” trick on the presumed heterosexual male readership.

Unfortunately, such risk-taking would not appear to have carried over into the book itself, which on a quick skim-read seems a rather quaint and old fashioned business, full of politely methodical police procedural stuff and no doubt achingly realistic details of the internal workings of London’s transport infrastructure circa 1963. Not that there’s anything wrong with that of course, but when you get to scenes such as the one in which two police officers earnestly discuss the possibility of “rounding up any young coloured men who have recently taken elocution lessons”, it becomes painfully obvious that the nine year gap between the book’s first publication and Coronet’s packaging of this edition had really taken its toll on the story's continued relevance.

Interestingly (well, to me at least), the 176 no longer goes anywhere near Willesden. 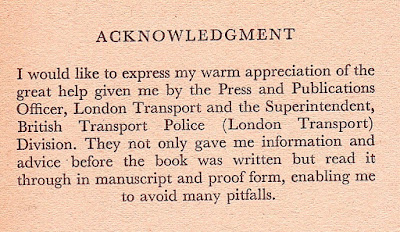