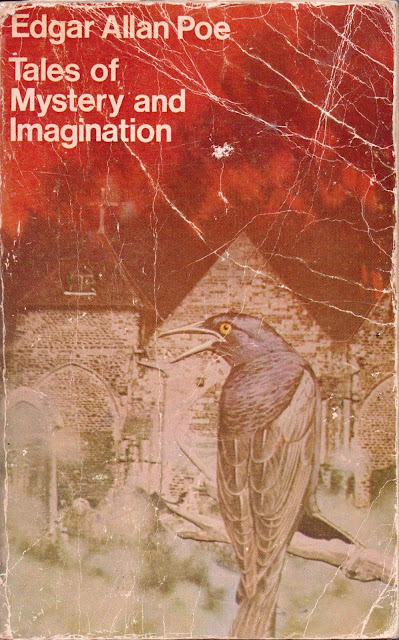 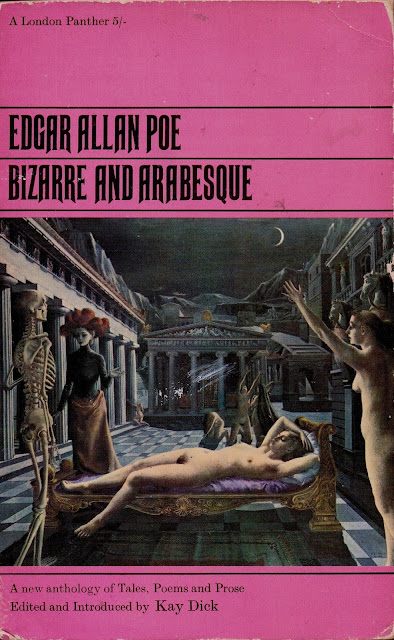 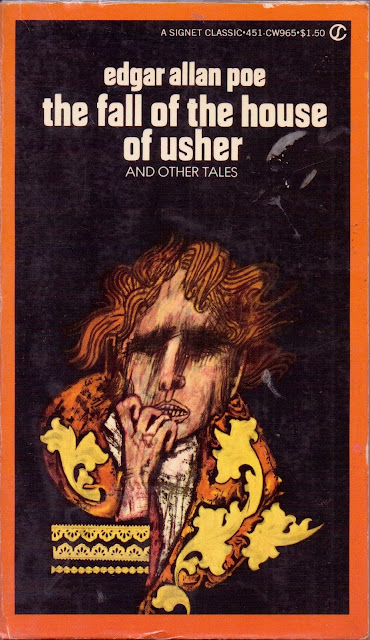 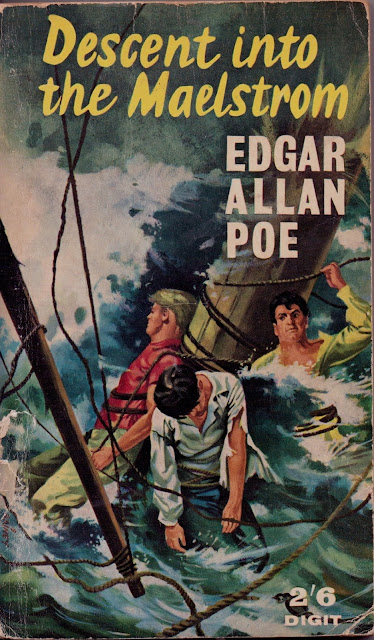 Normal posting schedule to hopefully be resumed shortly, but in the meantime, to help get us in an appropriately Autumnal / All Hallows-ish frame of mind, please enjoy this gallery of paperback Poe editions I’ve recently acquired.

By the time my own autumn has done come, I predict I will probably own about 147 printed versions of ‘The Gold Bug’, but, such is the vividness and variety of illustration & design work assigned to Poe collections over the years, I find it hard to say no when I spy one of these on the shelves.

Also, re: the Everyman edition pictured above, let’s just say that if that is indeed a ‘photograph’ as the back cover states, I want this Graham Tucker on my hypothetical payroll, pronto.
Posted by Ben at 10:49