Customer Notice:
Welcome to the new,
family friendly Breakfast In The Ruins! 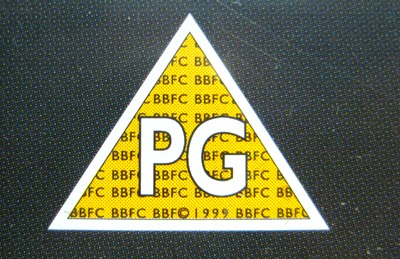 General viewing, but some scenes may be unsuitable for younger children.


If you either use Blogger yourself or regularly peruse other Blogger-hosted sites, you will no doubt be aware of Blogger’s incoming policy of removing all weblogs that feature images of nudity or other sexually explicit material from public view.

Whilst I have never posted anything remotely pornographic on this blog, and images of (waist-up) nudity have been only an occasional and wholly incidental inclusion within my posts, the stern email warning I have received this week (“our records show..”, etc), together with the extremely irksome ‘objectionable content’ barrier slapped upon this blog a few months back, lead me to suspect that I’m probably going to be on Blogger’s hit-list when this policy comes into force next month.

Now, you may think that this would be a good point at which to make the case that the images I have posted here being fairly obviously presented within a context of artistic / cultural discourse rather than for the purposes of titillation or prurience, and perhaps to furthermore take issue with the bone-headed notion of imposing a blanket ban on any representations of the unclothed human body whilst continuing to allow an untold amount of genuinely pernicious and offensive material to be openly shared via the medium of text, which as far as I know will remain largely unregulated.

Indeed, these arguments could well be worth making if I could be certain I was dealing with fellow human beings with the time and inclination to mull over the finer points of my case. Sadly though, I suspect that Blogger’s forthcoming vice raids are more likely to be carried out using inscrutable algorithms, key word / image recognition software and pre-existing lists of supposedly ‘objectionable’ blogs, with only a small and presumably extremely over-worked team of staff left to deal with the inevitable avalanche of complaints (hi guys!). Thus, I just can’t be bothered.

Being forced to censor my own posts here – even in pretty minor and unimportant ways – leaves a bad taste in my mouth, and as such I’ve been mulling over the possibility of shifting the whole operation over to Wordpress instead. That’s still an option for some point in the future (let me know what you think), but to be honest I’m pretty snowed under with real world stuff and grown up responsibilites at the moment and so, again, I just can’t be bothered. So, this is basically just a really long-winded way of saying that, for the moment at least, I’ve caved in.

I’ve gone back through the ten or so posts in the archive that contained pictures of boobs (because that’s basically what it comes down to, I suppose), and replaced the images in question with one of these: 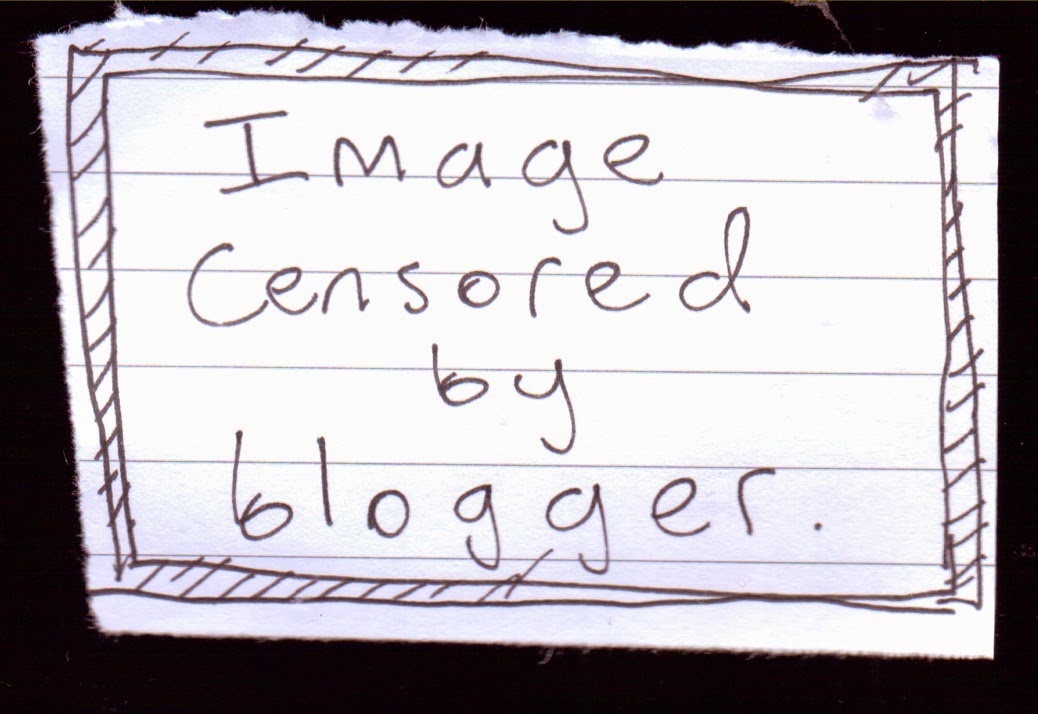 If you don’t like it , don't blame me kid. BY ORDER OF DA MANAGEMENT.

Hopefully this will get me off the hook, and hey, maybe if we’re lucky we’ll even be able to shift that damn content warning.

As I say, nudity and sundry saucy material by and large plays very little role in this weblog’s appeal (I hope!), and posting here will continue as regularly as it ever does, with no alteration to the subject matter or content of the actual writing.

I believe the new policy has already been abandoned.

Apparently the backlash was so strong they've back peddled:

I wish I'm found out before I posted my self-righteous rant and deleted a bunch of images from my old posts, but never mind. I think most of the pictures can easily be reinstated, so I'll go through and put them back when I get a chance.

Thanks for the post (and your commenter who said the decision had been reversed, Blogger didn't email me about that!) - I had the same thing, for a blog that's been running since 2009 and I was worried about all the content I had on it (none of which, to my mind, is adult and none of which contains any nudity).