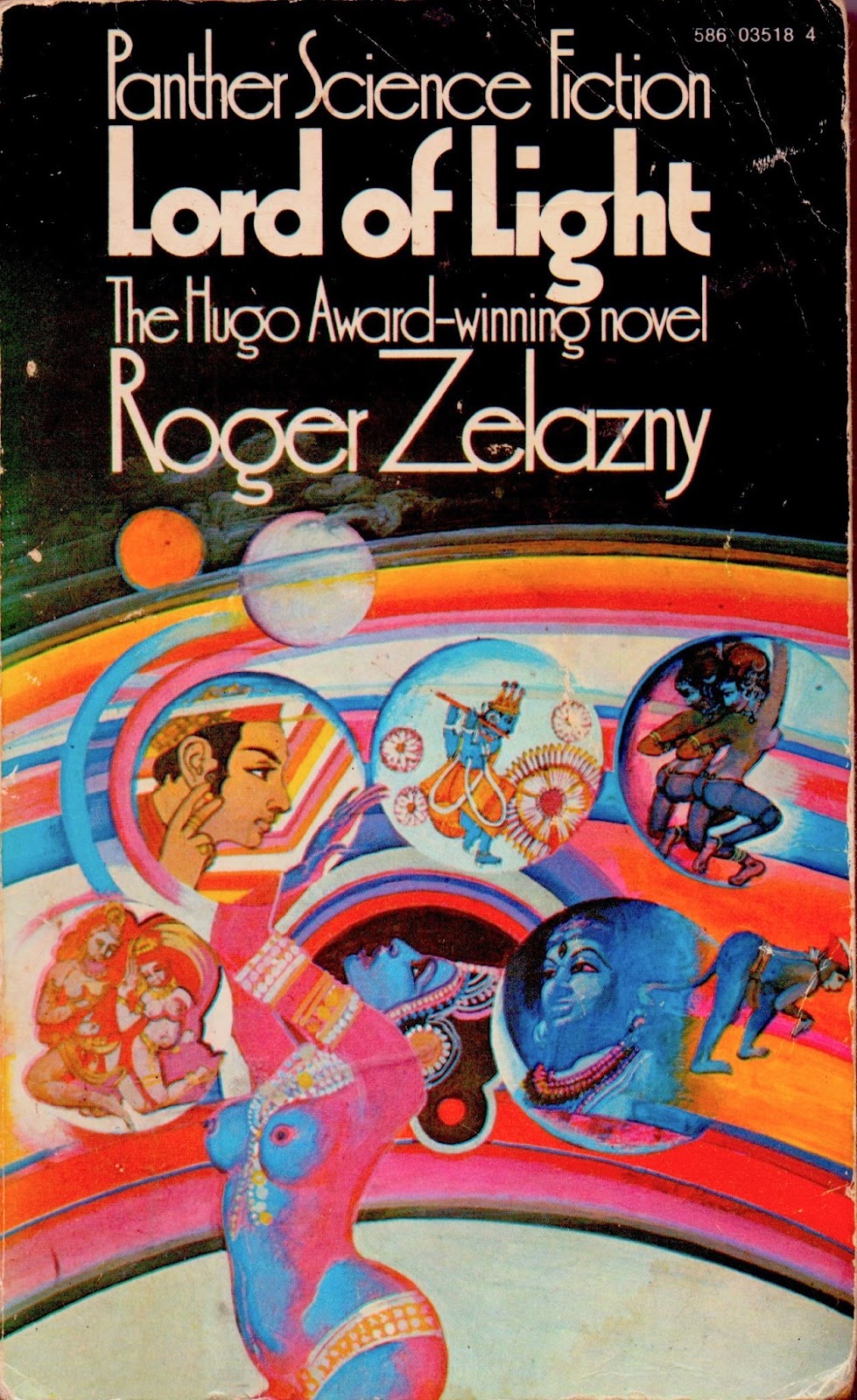 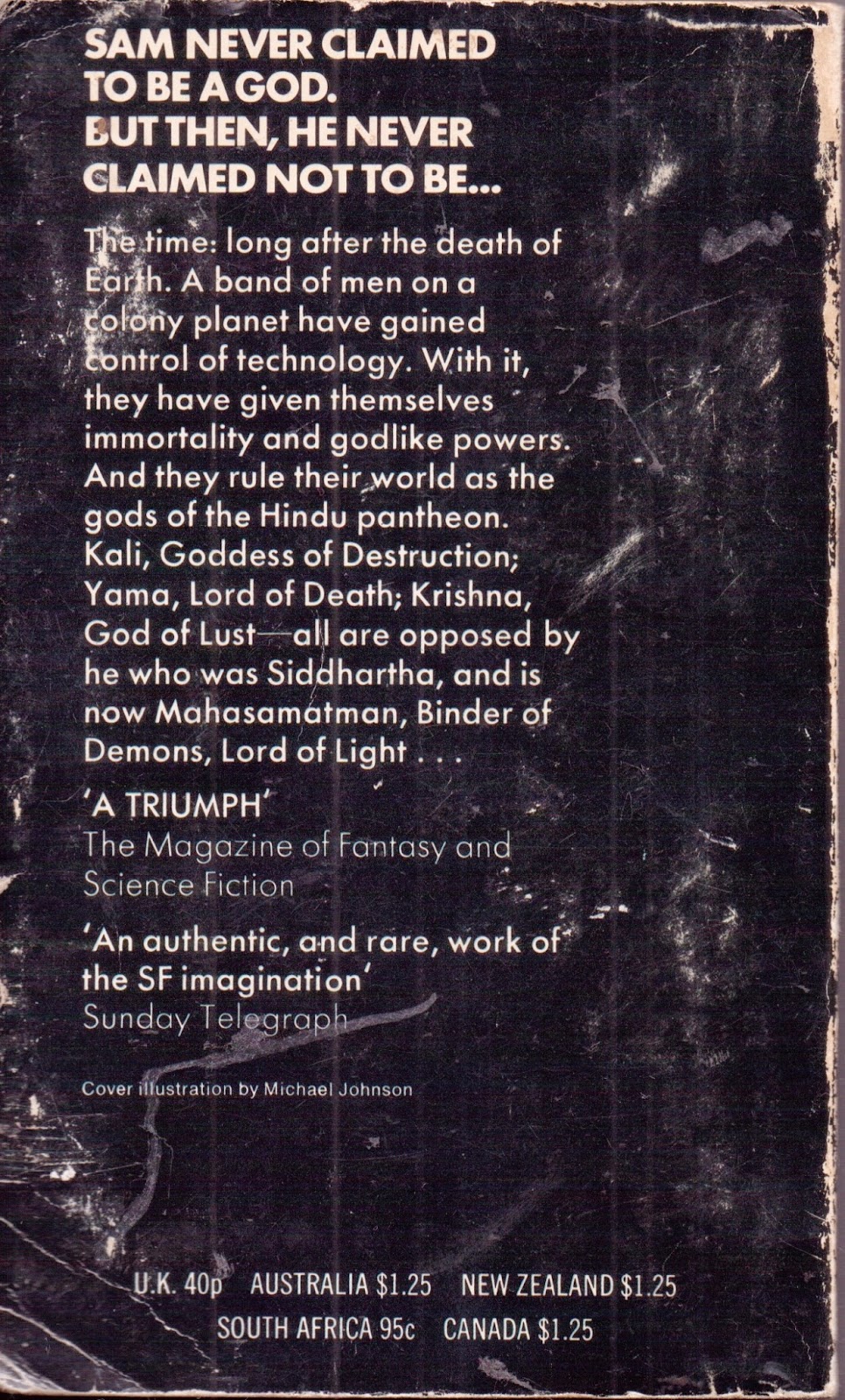 Last summer I finally got around to reading Roger Zelazny’s canonical SF classic ‘Lord of Light’ (here accompanied by a rare SF cover from the fantastic pop/pulp painter Michael Johnson), and I enjoyed it very much.

It’s been years since I read anything with that particular kind of ‘epic world-building fantasy’ kind of feel to it, and it certainly made for a welcome change of pace amid my usual diet of hard-boiled crime and mid 20th century British miserablism.

In particular, I was quite surprised that the weighty mystical / philosophical content one might reasonably expect to find in a book like this generally took a back-seat to thunderous descriptions of the hyper-weaponised avatars of the Hindu pantheon blasting the shit out of each other as they bestride a far future terraformed world of verdant neo-medieval splendour and ‘Dancers at the End of Time’ techno-decadence. Heady stuff indeed.

Whilst I’m not much of a fan of current CGI-heavy giant monster/robot-based blockbusters (you’d never have guessed, would you?), I’ve got to admit that if the makers of, say, ‘Pacific Rim’ were given the GDP of a small country to make a movie out of this one, I’d definitely be standing in line on the day of release – in the right hands, it could be fantastic. Unfortunately I suppose the possibility of offending every Hindu on earth probably mitigates against that possibility somewhat, but we can dream.