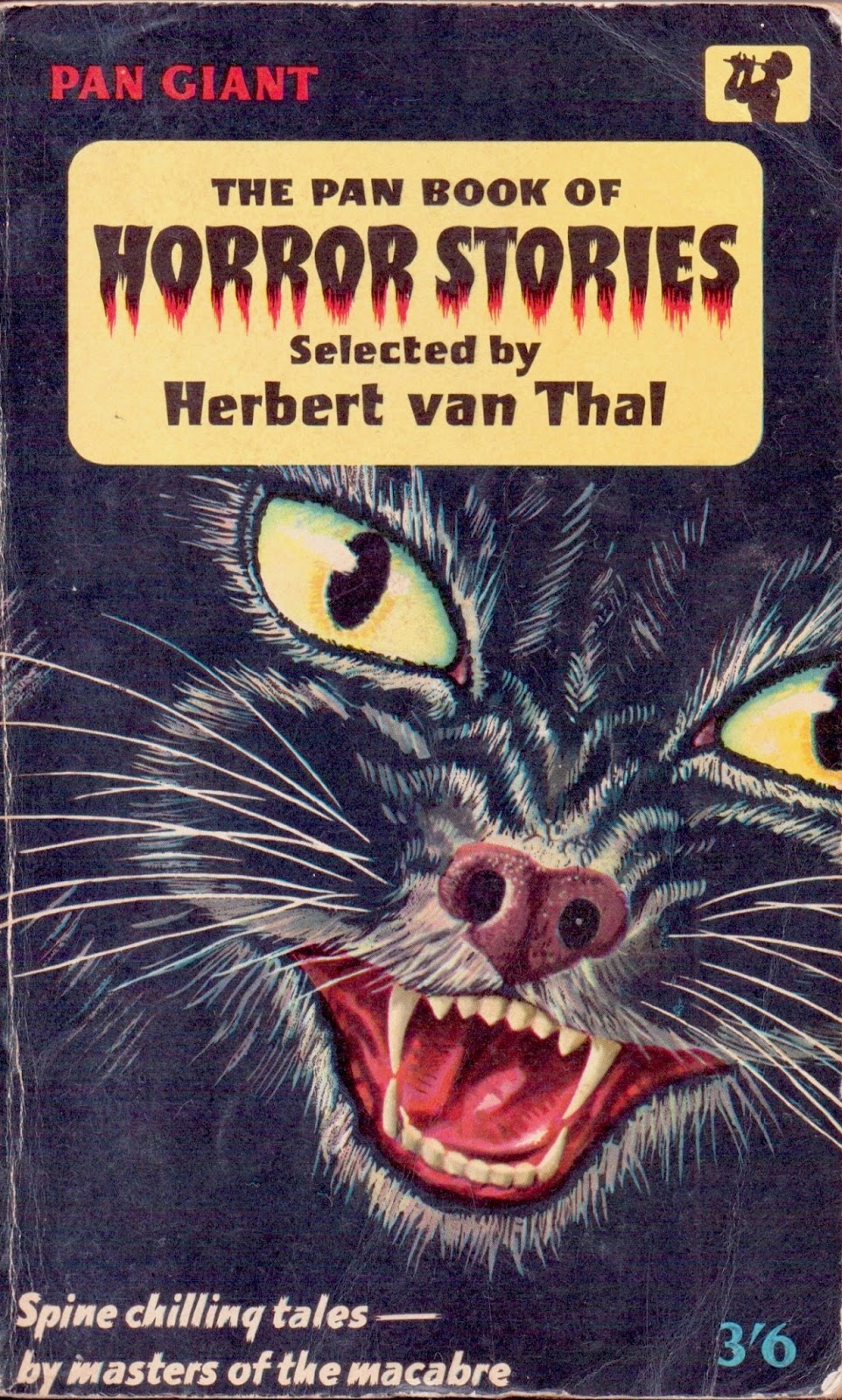 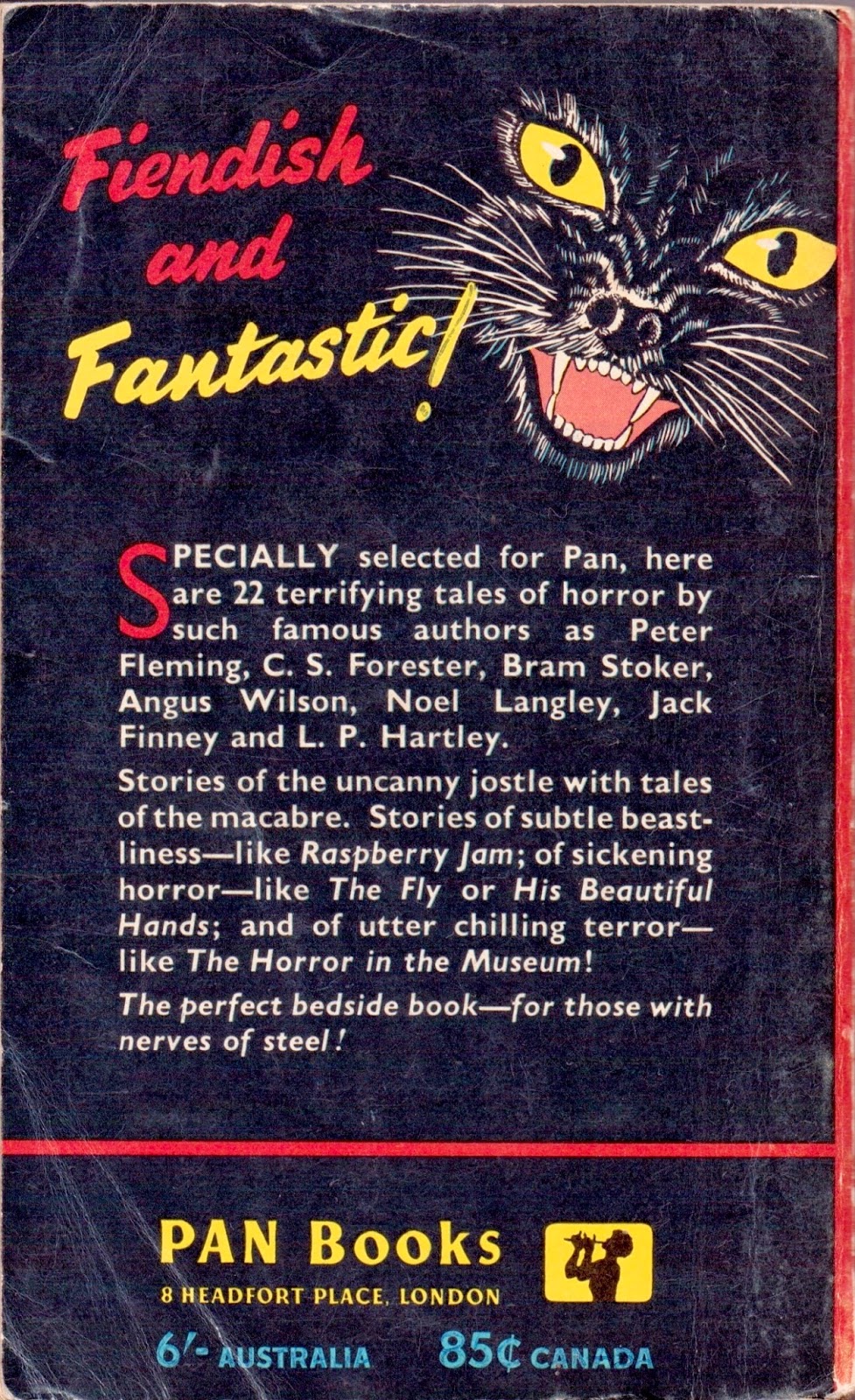 So, check out what I recently found skulking on the goodwill shelf in a café in Laugharne, South-West Wales. A £2 donation to the local cat welfare charity (appropriately enough), and it was mine.

Anyone who has spent any amount of time lurking in British second hand bookshops or libraries will no doubt be familiar with Pan’s seemingly never-ending series of horror story collections, and to be honest I’ve rarely paid them much attention, but I couldn’t resist the fantastic design and artwork of this first volume (uncredited, of course)... and the vague knowledge that some of these are quite collectible didn’t hurt either. 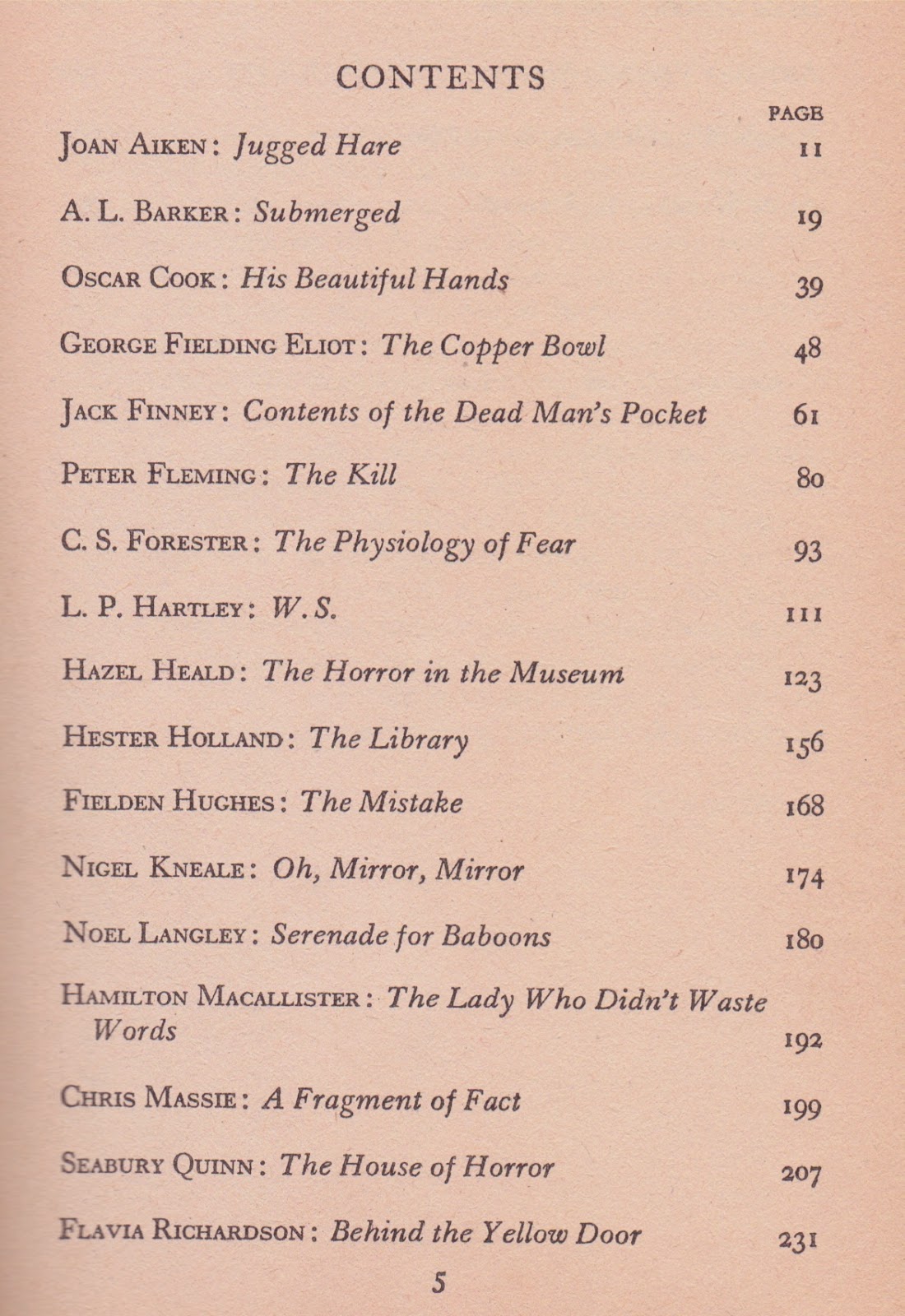 Pretty interesting line-up too, with the authors presented, strangely yet pleasingly, in alphabetical order. An early Nigel Kneale story, more slumming literary colossi than I can bother listing, and, most interestingly from my POV, ‘The Horror in the Museum’ - a story now widely recognised as being more or less entirely the work of H.P. Lovecraft, but presented here under the name of its original credited author, Hazel Heald, and presumably licensed directly from publishers of ‘Weird Tales’ without the involvement of Lovecraft’s executors.

(Well, it’s interesting to me, at least.) 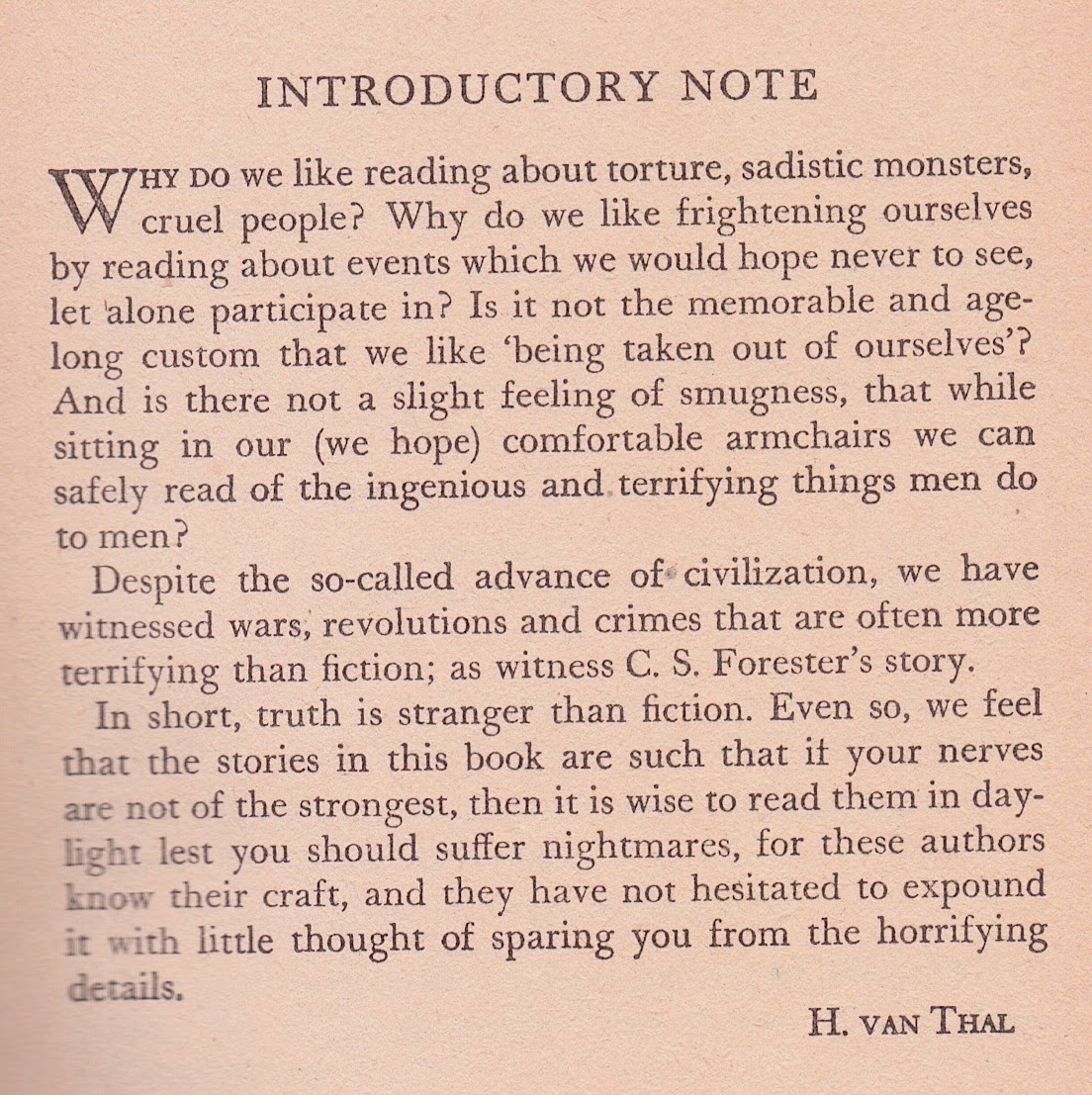 Fascinating fiction found only in used book shops, not internet. Even reading this on line would not be the same experience.