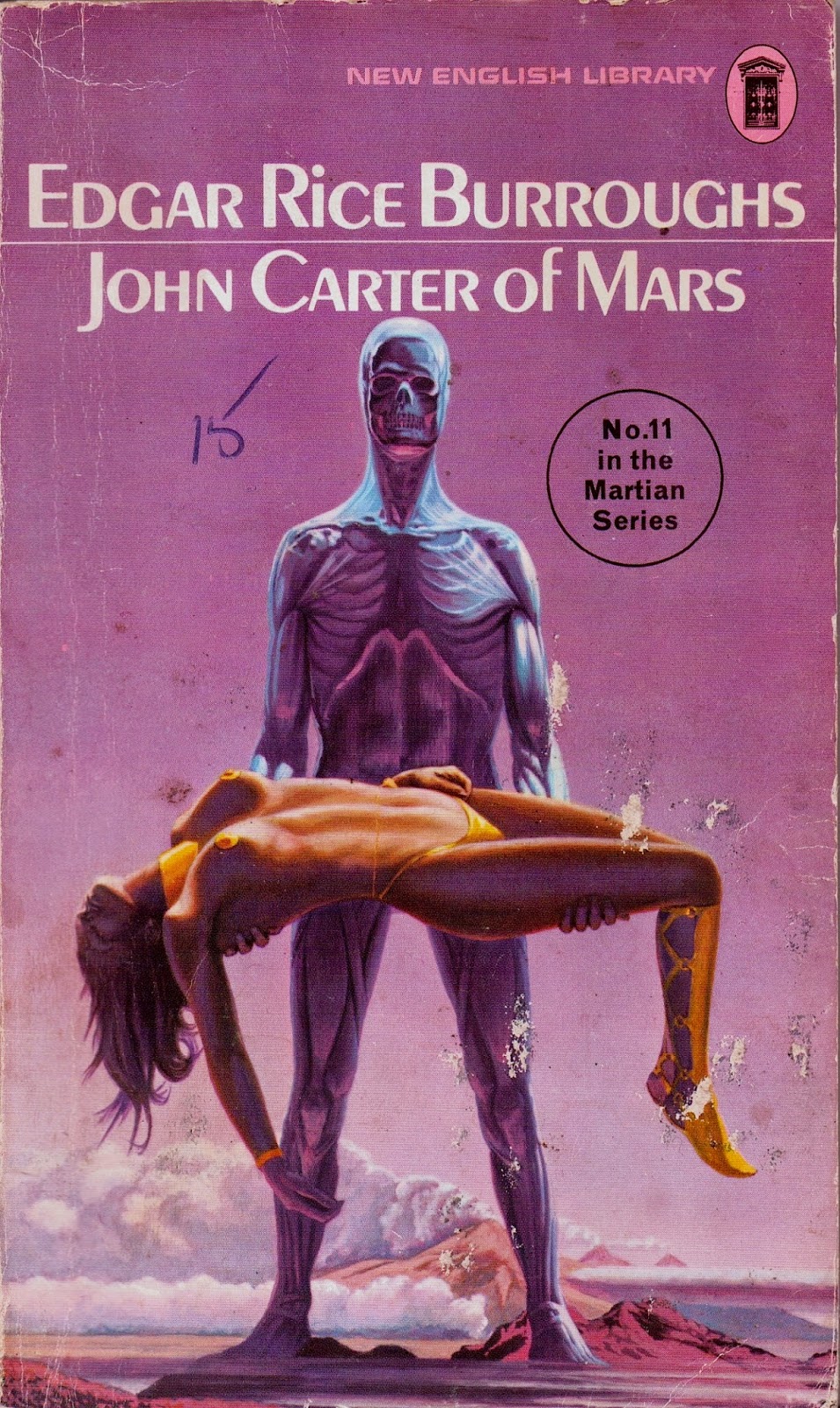 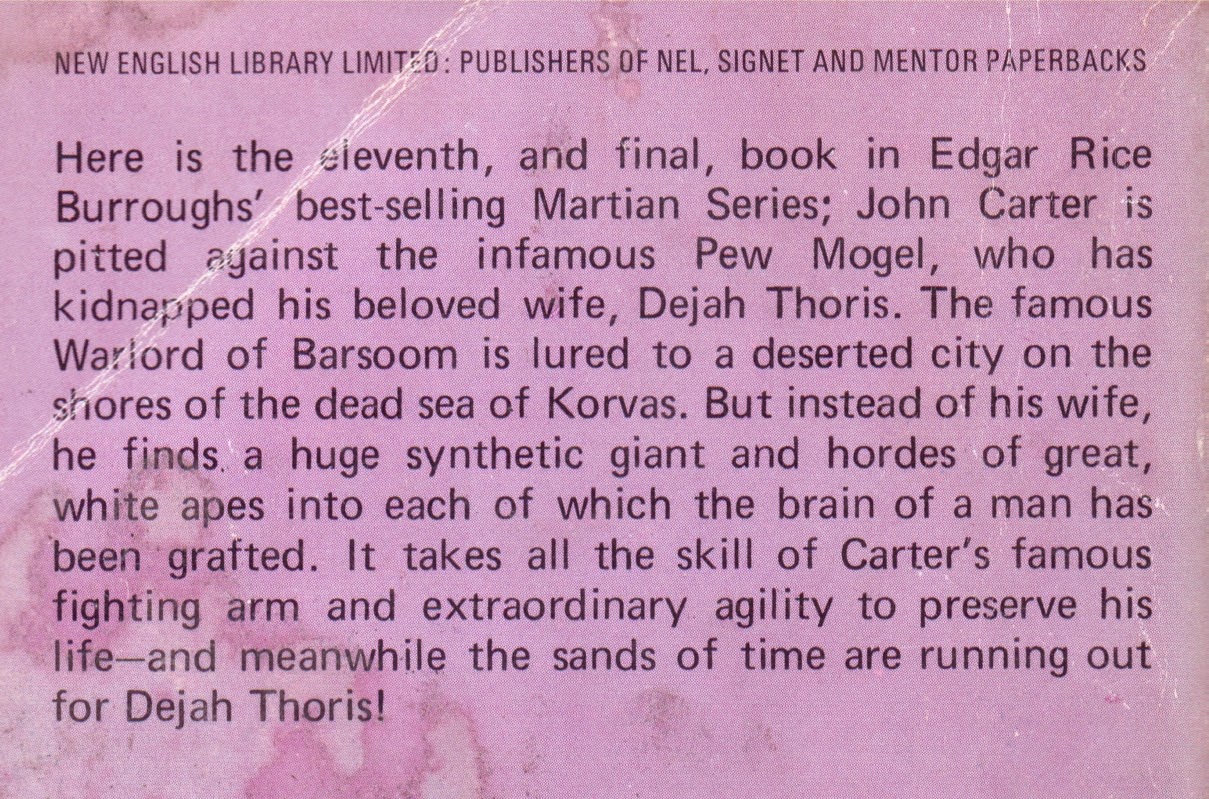 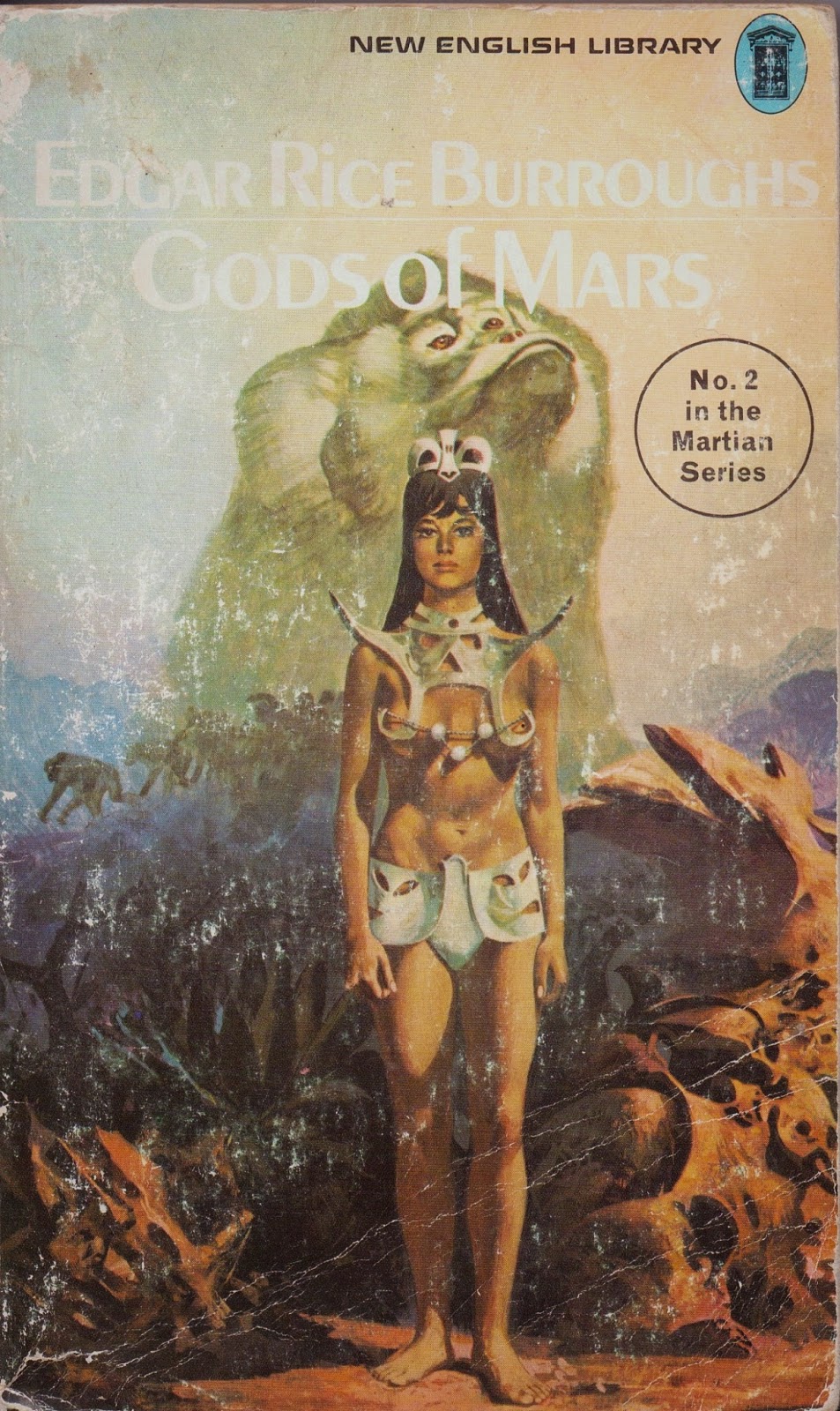 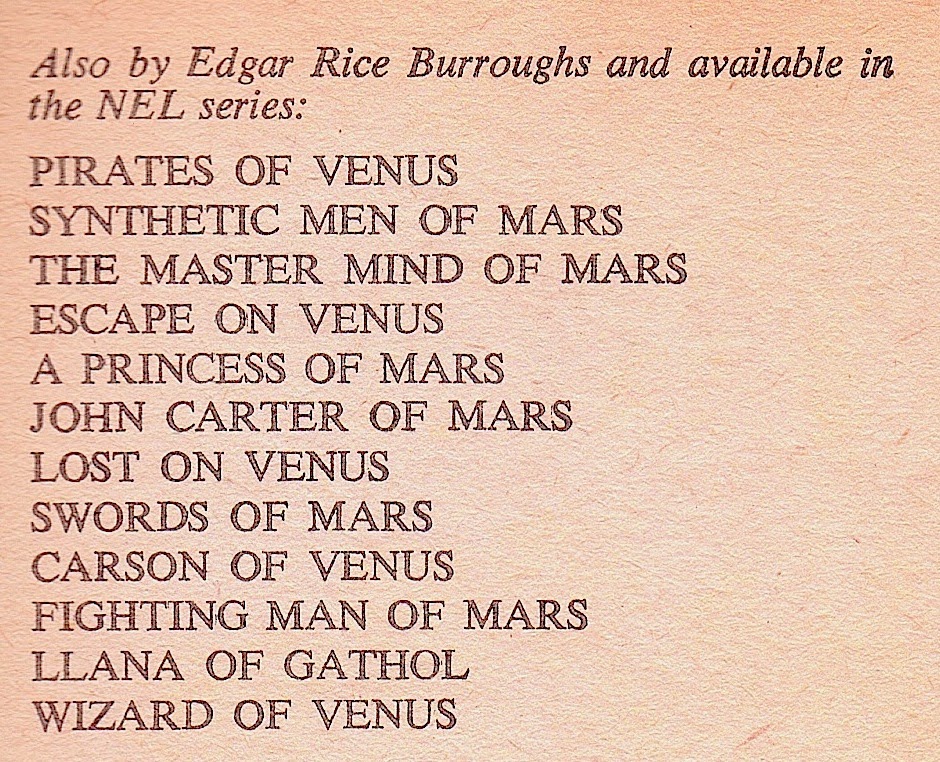 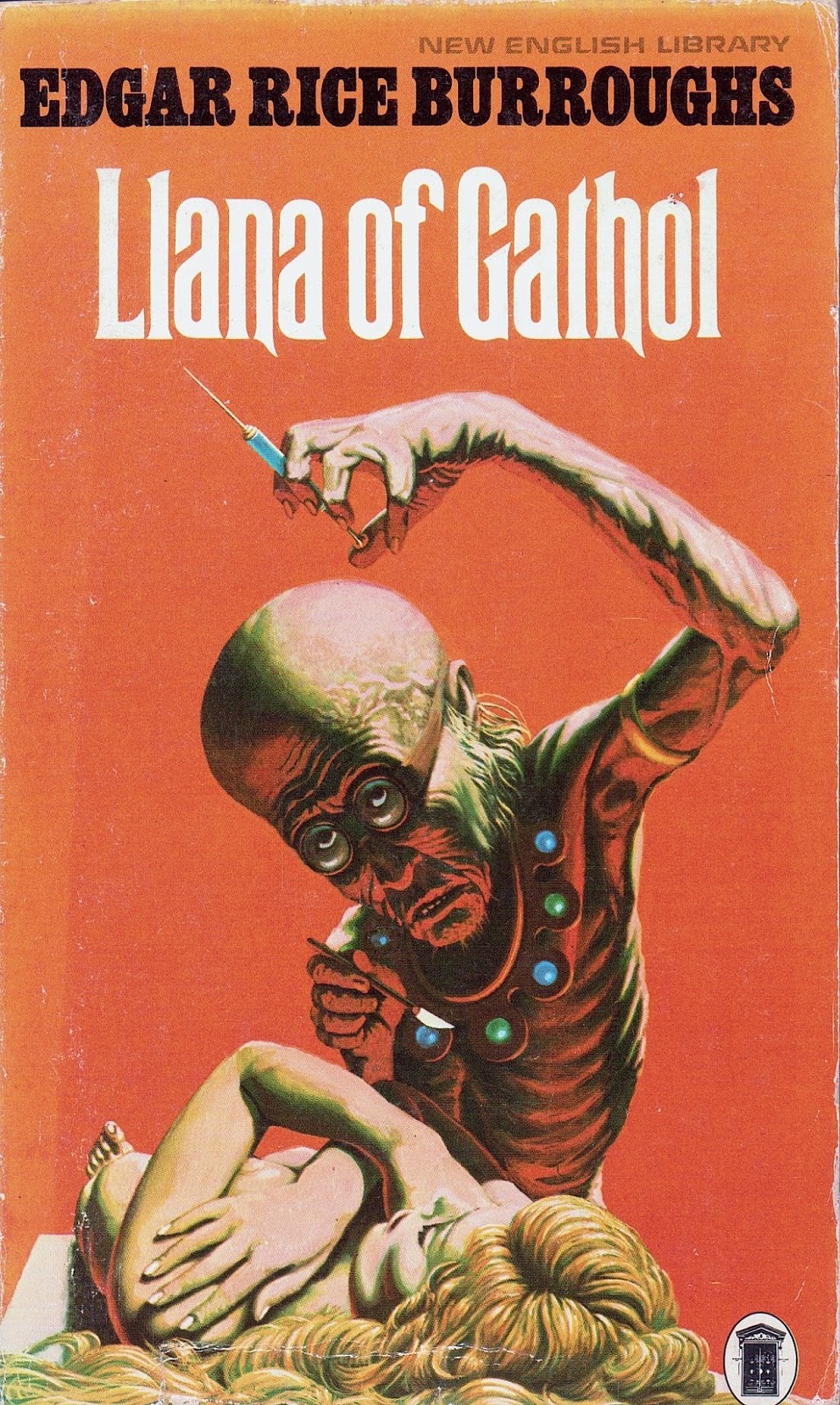 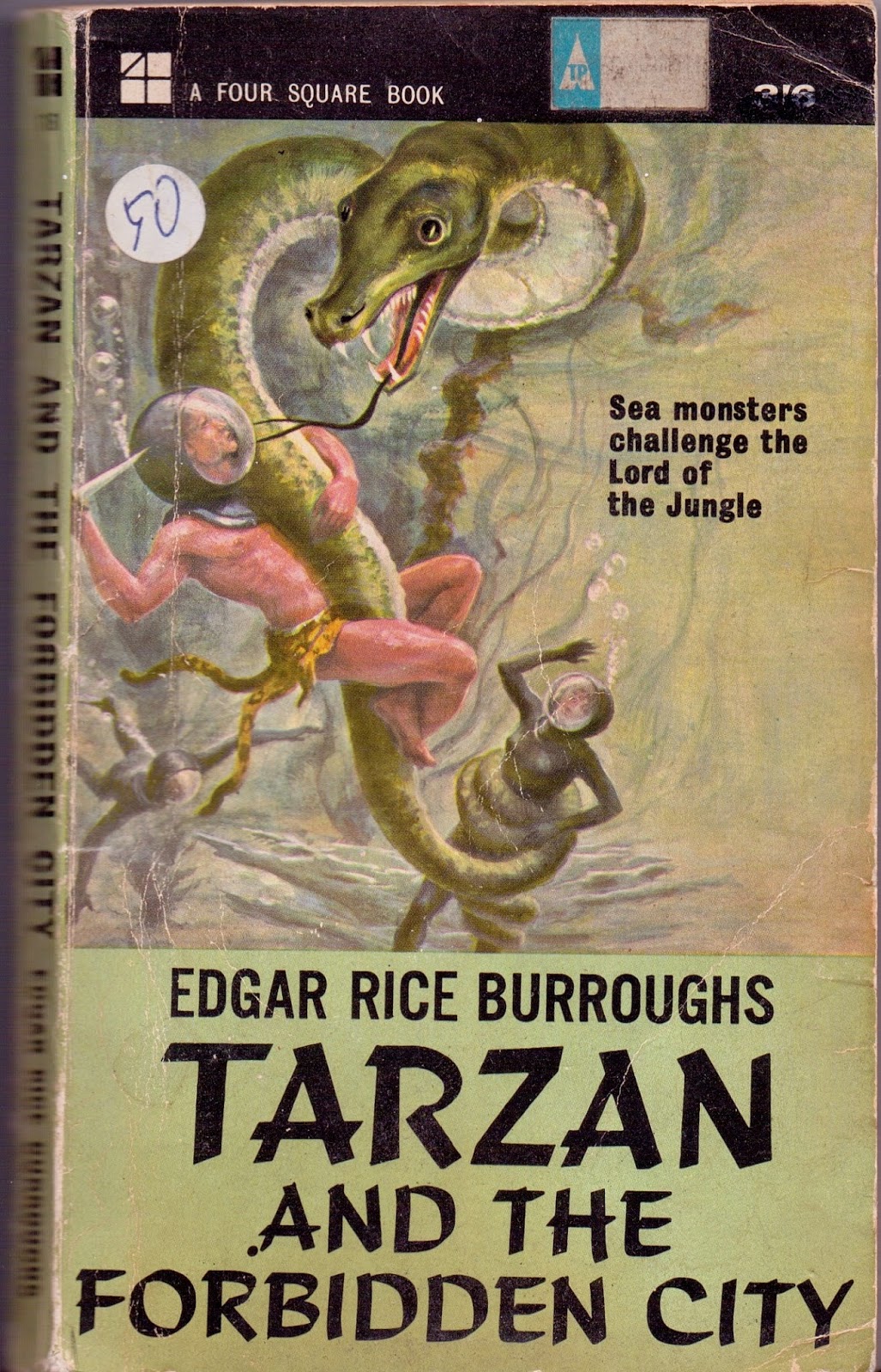 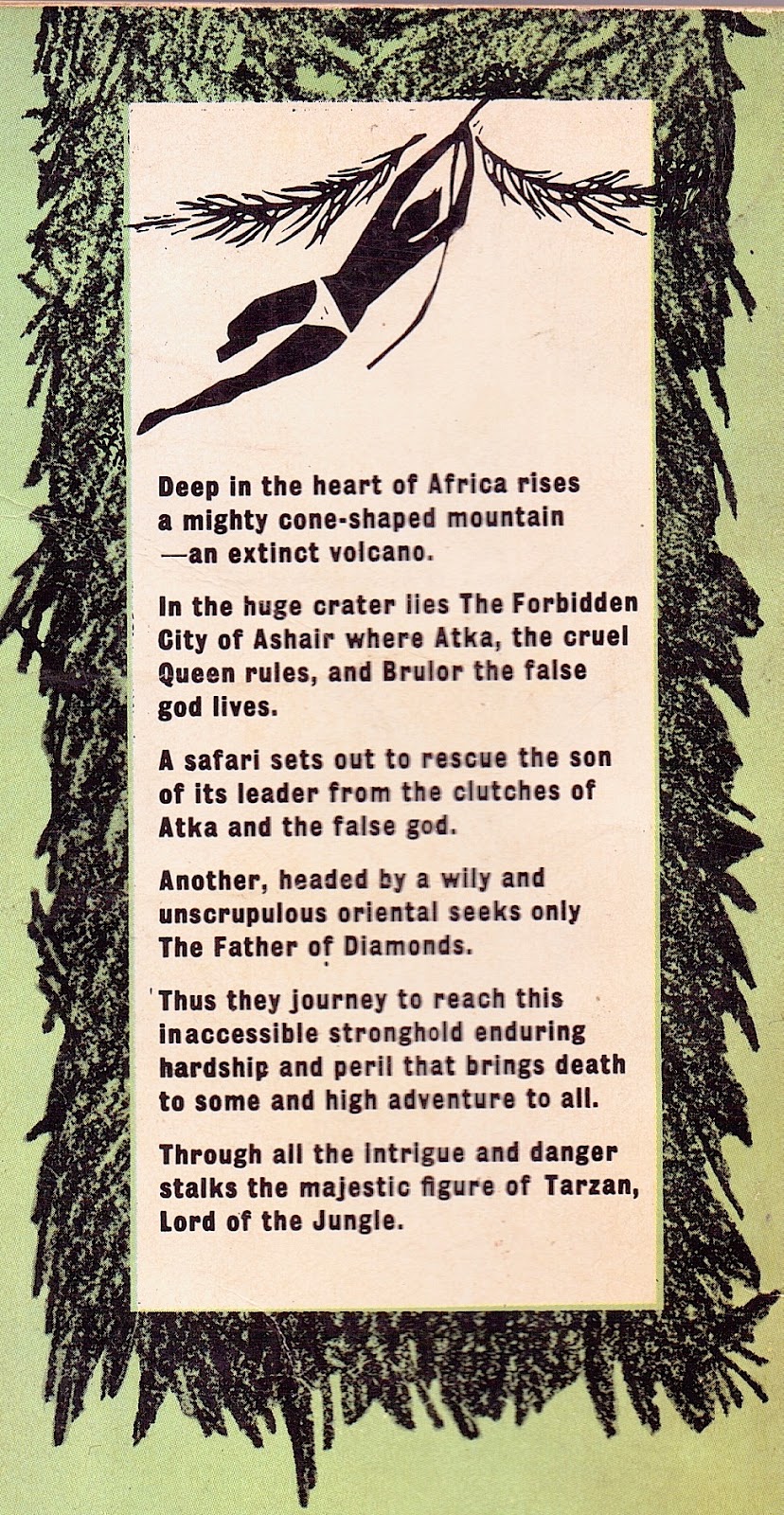 Ok, so first off, I’d like to both offer a quick apology to regular readers for letting my informal once-a-week posting schedule slip a little, and to alert you to the fact that such slippages might be liable to occur more frequently in the near future.

I prefer to avoid talking about my personal circumstances on the internet, but let’s just say that life events have conspired this month to kick the idea of maintaining a regular weblog into what I believe is known as ‘the long grass’. Thankfully I had a few previously scheduled posts lined up to take the slack, but those are now exhausted, so we’ll see how things go, but nonetheless, I hope to get some new stuff up here soon.

To give you something nice to look at in the meantime though, here are some recent acquisitions to my seemingly ever-growing collection of Edgar Rice Burroughs paperbacks. I confess, I’ve never so much as read a word of Burroughs, but he sure was a gift to cover artists, and as long as these New English Library editions keep jumping off charity shop shelves at me, priced at mere pennies, it’s difficult to say no.

In fact, so widely scattered and cheaply marked up are E.R.B’s works (second only to Moorcock in their awesome-science-fantasy ubiquity), it’s probably only a matter of time before I start forgetting which ones I’ve got already and buying doubles. Maybe we habitual second-hand bookshop fiends should get together and start swapping them like trading cards? Stock up comrades, you never know when you’re going to need to trade a few commoners for a super-rare to complete your John Carter collection. First one with a complete set of the NEL editions wins the admiration of all.

Those are *brilliant*. I'll have to keep my eyes peeled. I've seen the odd ERB about but nothing as juicy as those fellas.

More importantly: I hope whatever's kicked your plans into the long grass is nothing unpleasant, Ben.

Edgar Rice Burroughs is a lot of fun. The Caspak trilogy (beginning with The Land That Time Forgot) is wildly imaginative. Of all the authors who wrote lost world tales during that era Burroughs is perhaps the most strange and original. At the Earth's Core (the first of the Pellucidar cycle) is equally weird and enjoyable.

I've only read the first first of his Martian novels, A Princess of Mars. It's fun but the ones I'd recommend most highly are the Caspak and Pellucidar books.