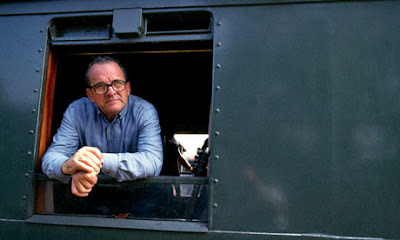 Yet another obscure film director obit I’m afraid, and a bit of a late one too, but I learned today that Damiano Damiani passed away a few weeks back, aged 90, and thought it was worth pausing to mark the fact.

Damiani enjoyed a suitably epic career in Italian film and TV, working in some capacity in the industry from 1948 through to 2002, but to be honest most English-speaking film nerds probably remember him thing alone: 1966’s ‘Que Sabe?’ aka ‘A Bullet For The General’, an extraordinary piece of work that I think stands as one of the best post-1960 westerns made on either side of the Atlantic.

All of the Three Sergios went on to make movies with suspiciously similar plot-lines to Damiani’s film (Leone’s ‘Duck You Sucker’ / ‘A Fistful of Dynamite’, Corbucci’s ‘Companeros’, Sollima’s ‘Face To Face’), but, as immensely enjoyable as all those pictures are, for my money the sheer artistry and narrative intelligence of ‘Que Sabe?’ trumps them all. Without wishing to go overboard in my gushing, it is perhaps the best Spaghetti Western ever made, and it’s widely available on DVD too, so ferchrisake – if you like a good western, you know what to do.

Following that high water mark, Damiani seems to have generally aligned himself with the more high-minded, politically committed wing of Italian genre directors, echoing Sollima and Elio Petri in the way he detourned the conventions of crime flicks and melodrama, investigating the legacy of organised crime and institutional corruption in his homeland via such inherently controversial works as ‘Confessions of a Police Captain’ (1971), ‘How To Kill a Judge’ (1975) and ‘A Man On His Knees’ (1980), all of which have been on my “to watch” list for a while. Of course when Hollywood came calling, the best he could do was to take a bash at ‘Amityville II: The Possession’ (1982), but whatcha gonna do? Apparently it’s better than the first one at least.

A Guardian obit from Alex Cox (mainly dealing with ‘Que Sabe?’ and Damiani’s involvement with Leone’s disastrous ‘A Genius, Two Friends and An Idiot’), can be found here.

Confessions of a Police Captain is an excellent film, very gritty and downbeat with a very haunting score by Ortolani. Where is the quality DVD release?

The Witch in Love is an interesting film if slow. Adio, Senor Damiani.

I actually have "..Police Captain" up next on a cheap box set of Italian crime films I'm working my way through... very much looking forward to it (even in faded, possibly cropped, probably badly dubbed form).

This post on Mondo 70 links to a few reviews which offer an interesting insight into some of Damiani's other films:
http://mondo70.blogspot.co.uk/2013/03/damiano-damiani-1922-2013.html