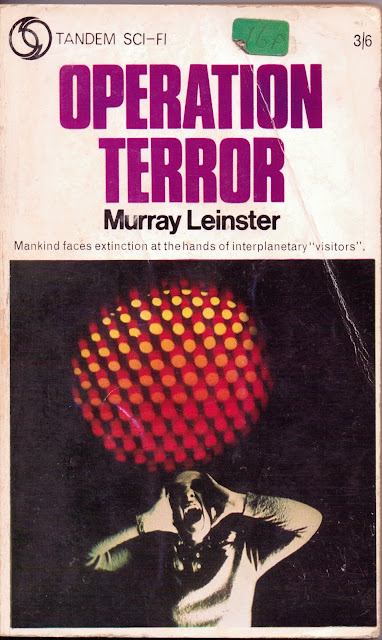 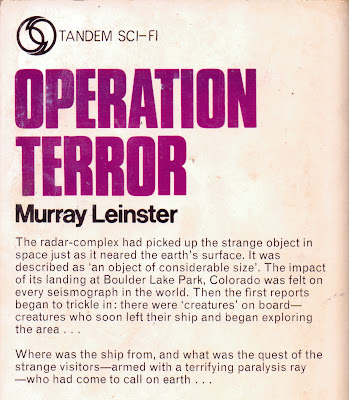 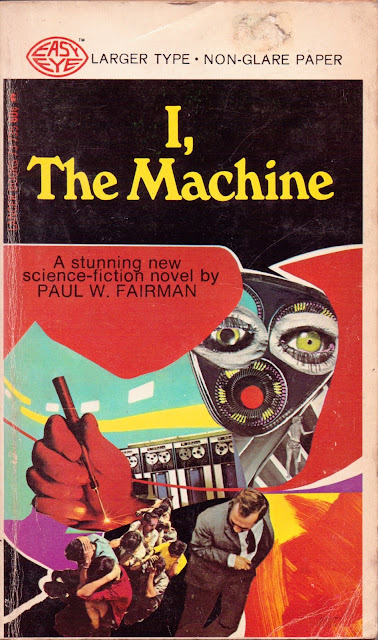 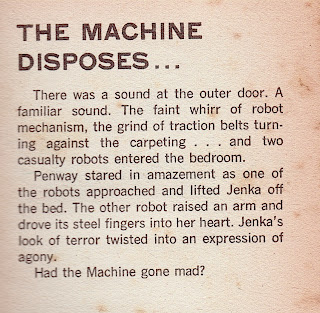 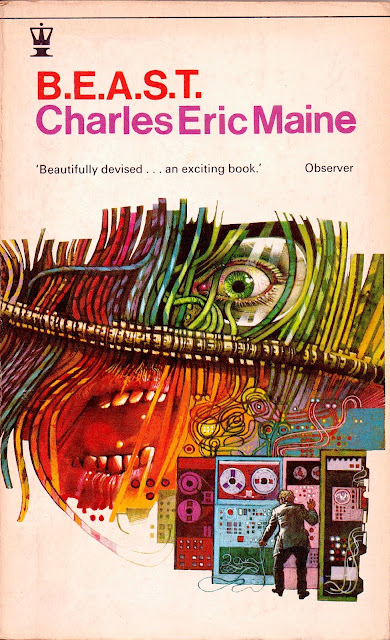 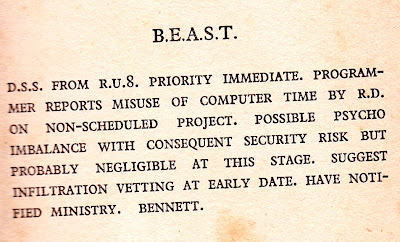 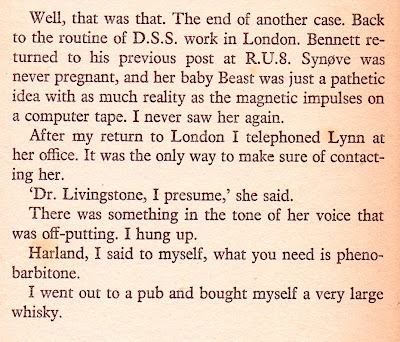 Even more-so than movies or comic-books, you might assume that lower tier sci-fi paperback designers would have been a bit slow in picking up on youth culture trends, but just look at all this bad trip, pop-art madness - merely a taster of the innumerable eye-grabbing volumes that were hitting shelves prior to 1970, all waiting to be harvested from book fairs and charity shops the world over.

All of the above are more or less trad pulp skiffy yarns enlivened by some way-out graphics, but by way of contrast, here’s a rather toe-curlingly try-hard attempt to bring SF to the new youth market. The logic is sound: hippies read sci-fi, and half the people who write it seem to veer in that direction too, so let’s bang out some sci-fi for hippies. The execution however? I think I'll pass. ('She Stripped For Cider' in the author biog made me laugh though.)

Wikipedia reveals that 'The Unicorn Girl' is the middle volume of an apparent 'Greenwich Village Trilogy' published by Pyramid. Characters were shared, but each volume was written by a different author, the other two being respectively credited to underground press luminary and Crawdaddy! editor Chester Anderson, and "professional magician and magic author" T.A. Waters. Presumably any resemblance between "Mike and Chester, fearless hippy explorers of a thousand worlds" and their apparent creators would be wholly coincidental..? 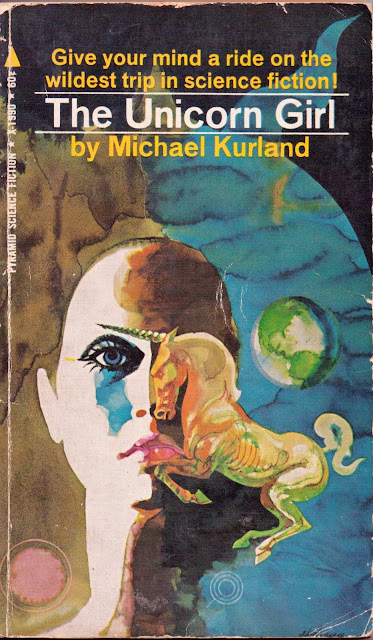 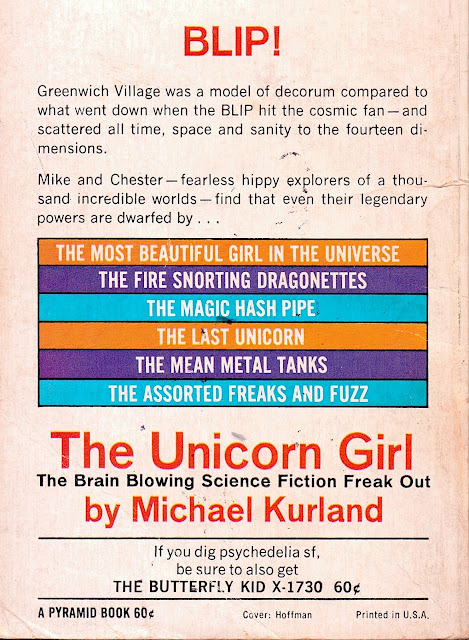 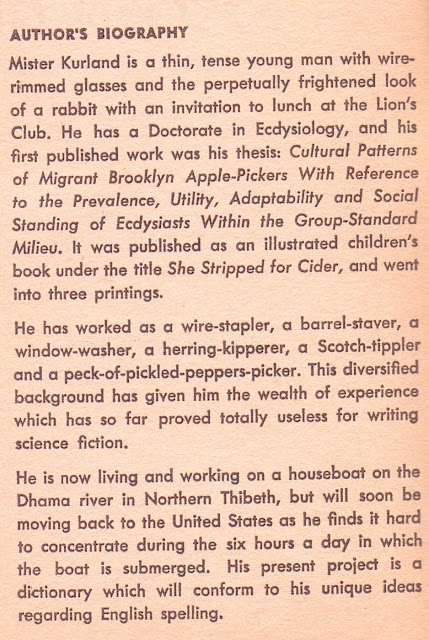 
All cover artists and designers featured in this post are uncredited, by the way.