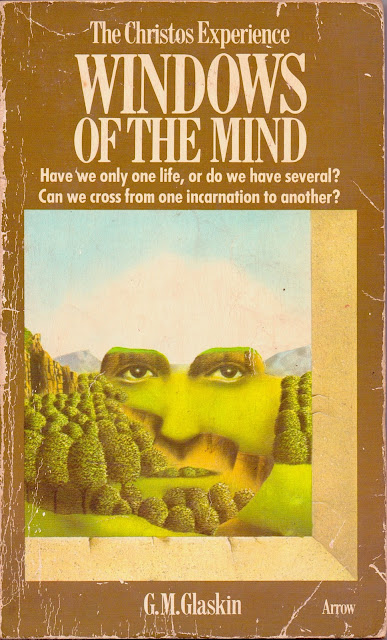 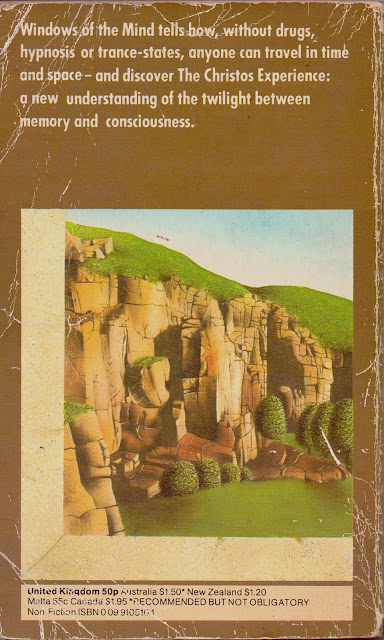 I can’t remember where I found this. I think it must have been free, or near enough, but something about it grabbed my attention - heavy, heavy new age vibes of the sort that can’t help but seem thoroughly sinister. Just check out the strange geometric shapes on that landscape illustration on the back cover. Something’s not quite right there. A rather too literal uncanny valley.

‘The Christos Experience’, as outlined in the bits of this book I’ve skimmed over, appears to be a set of meditation techniques which can be used to invoke a kind of waking lucid dream state, wherein one explore amorphous internal landscapes and, allegedly, details of one’s past lives. Despite the doubtlessly profound impact this technique had upon participants at the time, the internet circa 2012 remains fairly quiet on the subject of ‘The Christos Experience’, suggesting that its long term legacy may have been somewhat limited.

Although ‘Windows of the Mind’ bears all hallmarks of the kind of book that might be distributed free at some dubious ‘institute’ or passed between shaky hands on busy street corners, it is actually the work of a mainstream paperback publisher (Arrow, an imprint of Hutchinson), and, rather surprisingly, G.M. Glaskin turns out to be none other than Gerald Glaskin (1923-2000), a celebrated Australian novelist who won the Commonwealth Prize for Literature in 1955.

A straightforward, factual (well, factual as this kinda stuff gets) account of the experiences of the author and his friends with the aforementioned technique, ‘Windows of the Mind’ seems to be, well, some genuinely head-bending stuff to be honest. Dipping into some random passages, it certainly seems strange enough to make me want to give it a proper read some time. 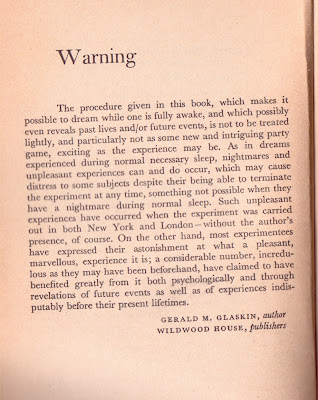 A very interesting book. He also did a sequel, 'Worlds Within'.

Hi Ben
I actually think the cover art is pretty cool. Don't suppose there was an artist credit?

The technique is legit !

On the same subject also check :

Explorations of consciousness by Dennis Milner

Awareness Techniques by William Swygard (creator of the technique)

The Christos Phenomenon by Alistair Blennerhassett