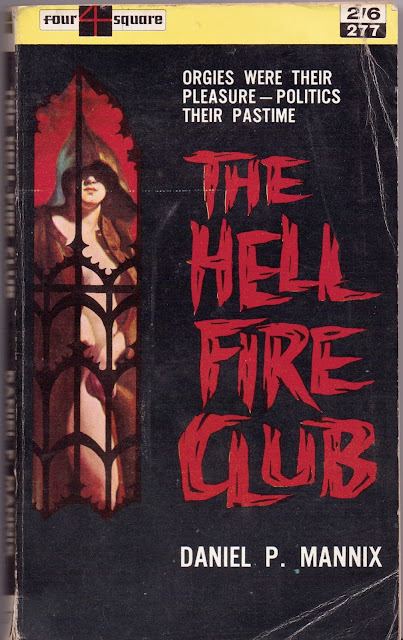 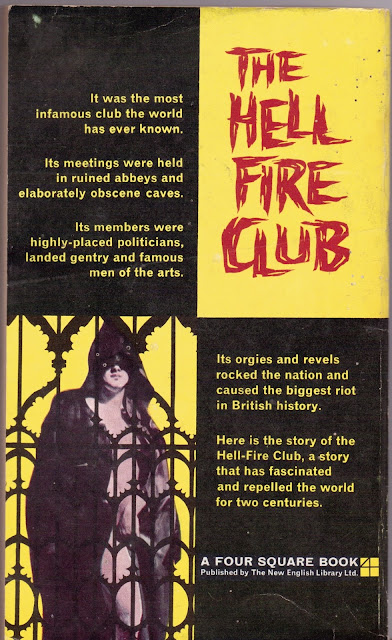 Ah, now we’re talking! An absolute classic of this hypothetical ‘edusploitation’ genre, and one I’ve been meaning to write about for a long time.

Although not as gothic horror-y as the cover art implies, Daniel P. Mannix nonetheless gives us the full run-down on what Sir Francis Dashwood and his rakish cohorts got up to, in meaty, no nonsense prose that the ale-drinking layman can really get stuck into of an evening.

Obviously proper history has tended to record more of the ‘political intrigue’ side of the Hellfire Club members’ activities than the ‘despoiling of innocent virgins’ side, but that doesn’t stop Mannix (who has little time for such academic niceties as acknowledging his sources) riding rough-shod over the facts, and editorialising mightily on the subject of what they all allegedly, probably, might have got up to in the (genuinely incredible) purpose-built subterranean caverns beneath Dashwood’s West Wycombe Estate in Buckinghamshire.

Which is not to say though that Mannix is any slouch when it comes to running down the details of the club’s not inconsiderable political influence; leaving all the Satanic hooey aside, he makes a good case for seeing them as a kind of 18th century equivalent of the Bilderburg Group or the Bullingdon Club, but thankfully with a more socially progressive agenda than either (virgin despoiling notwithstanding). In fact, if you follow Mannix’s line of thinking then the roots of the American War of Independence can eventually be traced back to a feud that resulted from a practical joke that saw John Wilkes unleashing a baboon dressed in a devil costume in the middle of one of the Club’s rites – a story that’s worth the entry price alone.

Regardless of what you make of all that though, what we can say for sure is that ‘The Hellfire Club’ is perhaps the most intensely concentrated compendium of decadent 18th century ribaldry and grand, rakish cynicism ever committed to print, and I heartily recommend tracking down a copy. (If you can’t find this edition, it was reissued – with lousy artwork, sadly – by a publisher called I Books in 2001.)
Posted by Ben at 20:21