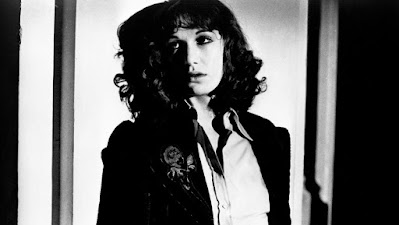 Like all euro-horror fans I’m assuming, I was very sad to hear last week that the great Daria Nicolodi has passed away at the age of 70.

Personally, I've always subscribed to the belief that Nicolodi played a big part in the writing and conception of Dario Argento’s ‘Suspiria’ and ‘Inferno’; not that there seems to be much hard evidence for this, but I just really want it to be true. The former masterpiece in particular seems to herald the introduction of a distinct, new voice into Argento’s cinema, and, be it coincidence or otherwise, the sharp nosedive in the quality of the director’s work after the estranged couple ceased working together at the end of the 1980s speaks for itself.

Always a bold and outspoken figure, Nicolodi’s own account of her subsequent career seems, sadly, to have revolved around the notion of her creative input being ignored or misinterpreted by male filmmakers - first by Luigi Cozzi on Paganini Horror and the disasterous ‘De Profundis’/ ‘The Black Cat’/ ‘Demons 6’ (both 1989), and then latterly when her proposed script for the concluding chapter of the ‘Three Mothers’ trilogy was again disregarded by Argento as he set to work on what eventually became 2007’s ‘Mother of Tears’.

In all likelihood, we’ll never know the true extent of her behind the scenes contribution to the films she was involved with, but for her acting roles alone, she was one of the greats - eccentric, charismatic and super-cool in pretty much everything she appeared in, from her breakthrough in Elio Petri’s ‘Property is No Longer Theft’ (1973) to her defining role playing opposite David Hemmings in ‘Profundo Rosso’/’Deep Red’ (1975), to Mario Bava’s ‘Shock’ (1977) and beyond. 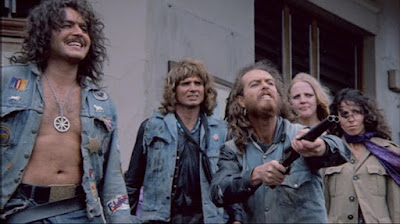 And meanwhile, on the other side of the globe, we must also say farewell to another guy whose creative artistry never really got its due, Sandy Harbutt, pioneer of independent Australian cinema and writer/producer/director/star of the greatest biker (sorry, bikie) movie ever made, 1974’s ‘Stone’, which I reviewed on this blog way back in 2010.

A landmark of outsider/psychedelic cinema, positively overflowing with talent, energy and raw craziness, ‘Stone’ remains an absolute blast, and the fact that Harbutt managed to single-handedly pull it all together in a country that basically didn’t have a film industry at that point remains an incredible achievement.

Subsequent leading lights of the livelier end of Australian filmmaking, from Peter Weir to Brian Trenchard Smith, and most particularly George Miller, owe Harbutt a huge debt of gratitude from essentially clearing the ground and establishing the parameters of the nation’s highly specific genre cinema aesthetic, and the fact he was never allowed the opportunity to follow up his debut feature or make a living from his film work is little short of criminal, given the phenomenal promise shown by ‘Stone’.

If you’re unfamiliar with the film, just watch the trailer here, and I’m pretty sure you’ll want to rectify that ASAP.

Raising a glass to you Undertaker - RIP.