As regular readers may have noticed, I’ve been having trouble this year keeping up with my self-imposed marathon posting schedule for October, so to plug the gap a bit and make up the numbers, here a few short write-ups, pulled from notes I’ve made after viewings over the past couple of weeks. Spoiler: apparently I didn’t like any of these films very much. 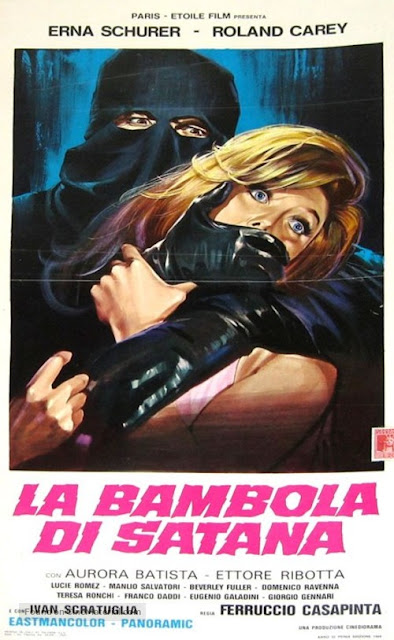 There are some surface level pleasures to enjoy in this one: the candy-coloured photography, the idyllic rural locations, the zany music score, haphazardly slapped together feel and general ‘contact high’ Euro-horror vibes. Such ambient appeal can only get you so far however, and once we get beyond that.... boy, what a stinker.

I mean, the easily identified two-faced villains in this one don't even want to steal the castle heroine Erna Schurer has recently inherited from her wealthy uncle - they just want her to sell it to them. So, surely there are easier ways to go about this? Even if they can’t persuade Erna to sell, given that they're clearly rich enough to buy a castle, couldn't they just go and look at a different one? And, given that she seems perfectly happy for them to hang around the place indefinitely, what do they even stand to gain from owning the joint in the first place? Such are the thrilling, property market-based questions that ‘La Bambola di Satana’ forces us to contemplate. (1)

Also - NO SATAN. Schurer’s character is in no way a “doll of Satan”, and neither, except perhaps in the most nebulous sense of the term, is deceased-uncle’s-secretary / chief schemer Aurora Bautista. (2) There are no Satanists, no Satanism, no mention of Satan. I want my money back! 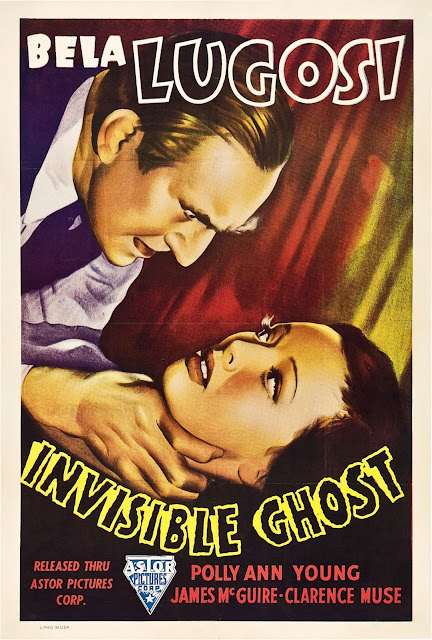 Bela Lugosi’s first film for Monogram I believe, this one delivers... very little of anything, to be perfectly honest. Frankly, the script is so rambling, poorly constructed and lacking in interest that I’m amazed it got the go-ahead to enter production. I mean, I know that poverty row studios were cheap, but surely they also had a vested interest in actually putting things people wanted to see on the screen? Such as “invisible ghosts”, for instance.

Well, no dice here on that score, needless to say. Where the title came from is anyone’s guess. I kept waiting for the big reveal of whatever the story’s horror twist was going to be - is Lugosi secretly a mad scientist? Is he being telepathically controlled by his wife for some malign purpose? Is he being possessed by the spirit of a dead ancestor or something? - but it never came.

So, basically, it seems Bela is just an affable chap whose wife has left him to run off with another man. Unbeknownst to him however, the eloping lovers suffered a car crash whilst making their getaway, which, somehow, leaves the wife wandering around the grounds of Lugosi’s house in a kind of mindless / brain-damaged stupor. Whenever Bela sees her through the windows, he snaps into a hypnotic fugue state and heads off, zombie-like, to strangle the nearest servant. No attempt is ever made to explain why this happens. That's yr lot, plot-wise.

The cigar-chewing detective who turns up each morning to investigate this ongoing series of strangulation murders repeatedly fails to link the crimes to Lugosi, despite the fact that all of the killings take place in his house, and that he has no alibi and precisely the right shaped hands. Meanwhile, the heroine (Lugosi's daughter, played by Polly Ann Young) responds to such events as her fiancée being executed for a crime he didn't commit by putting a spirited “oh!” in front of her lines, but otherwise expresses no emotion on the matter.

The film's music score consists of a load of random needle-drops which run incessantly from beginning to end, with no attempt made whatsoever to match them to the on-screen events, giving the impression that someone just left a radio on in the background whilst the movie was shooting. (This causes confusion during a scene in which a murder victim actually DOES leave the radio on.)

Sadly, there’s not even much fun here for Lugosi completists, given that he flatly intones his lines when in “normal” mode, then just waggles his fingers around as someone shines a torch under his chin when in “mad strangler” mode. Not exactly one of the great man’s towering screen roles.

The only thing I’ve got in the ‘plus’ column in fact is that director Joseph H. Lewis pulls off some bold and unconventional shots here and there, anticipating the style he’d go on to develop in his later, better-known (and frankly just plain better) films.

That aside though, I declare ‘Invisible Ghost’ a total waste of everyone's time; a gift for trash-talking critics such as myself, the only thing I can imagine the inexplicable title actually referring to is the ghost of the reason this damn thing exists in the first place. Ah well - you live and learn, and at 63 minutes it didn't kill me. 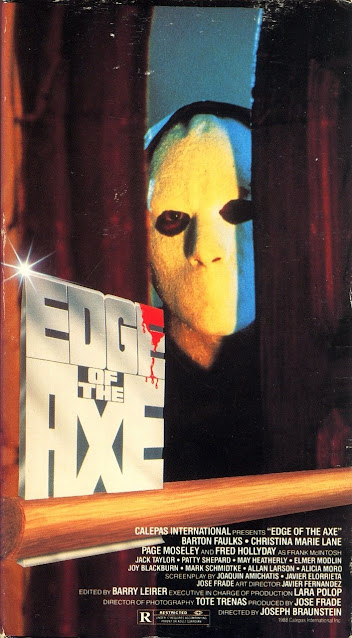 If you're coming to this film as a fan of director José Ramón Larraz, well, the good news is that the car wash murder sequence which opens the film is quite sombre and stylishly done. After that however, you might be best advised to turn the damned thing off and fill the next 85 minutes of your life with something more rewarding, because the rest of the movie could basically have been directed by any old bozo with a basic understanding of how to keep things in focus.

If on the other hand though you’re approaching it as a fan of late-to-the-party, independently financed oddball slasher flicks, well.... more good news! It’s fairly watchable, which spells success in this benighted corner of cinema.

In fact, although this film is objectively bad in just about every respect, it has a certain misfit charm that made me quite like it. Mainly I think, this was due to English-as-a-second-language scripting which, though it never scales ‘Troll 2’-esque heights of surrealism, frequently has the poor cast members (primarily hired in Texas, where the film was shot) enunciating mouthfuls of garbled blather which no human being would ever actually say.

Meanwhile, there’s some retrospectively rather charming stuff about the film’s central teen couple plugging their delightfully bulky home computers into “the central terminal” so that they can talk to each other chatroom-style - an innovation that the film’s other characters treat as if it were akin to some form of Satanic brain-washing.

Elsewhere, some of the violence is reassuringly violent, momentarily reminding us that the guy who made ‘Vampyres’ is at the wheel, and it’s really nice to see iconic Spanish horror stars Jack Taylor and Patty Shepard popping up briefly in minor roles.

That aside though, about the only thing I could find to connect ‘Edge of the Axe’ to Larraz’s earlier work is an unusual subplot involving the young protagonist’s best friend, who has ill-advisedly married a woman many years his senior. Although the film is generally pretty sexless (unfortunately), this seems to speak perhaps to the director’s career-spanning interest in the sexuality of older women (albeit entirely off screen in this case).