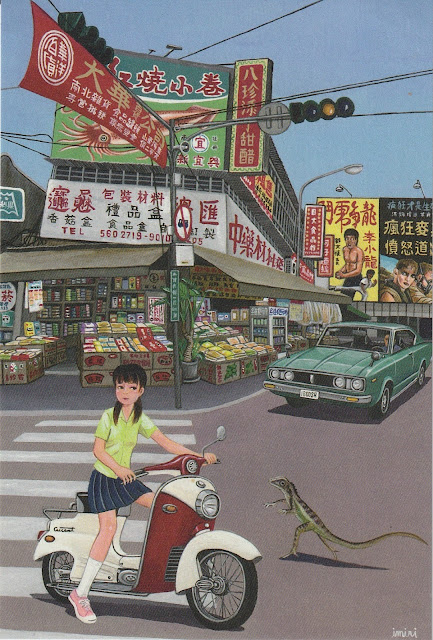 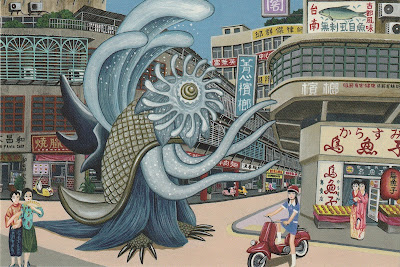 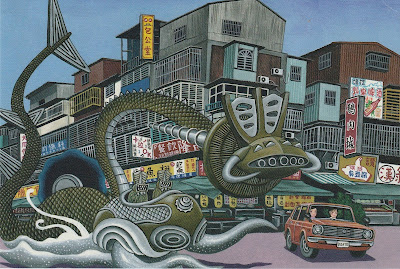 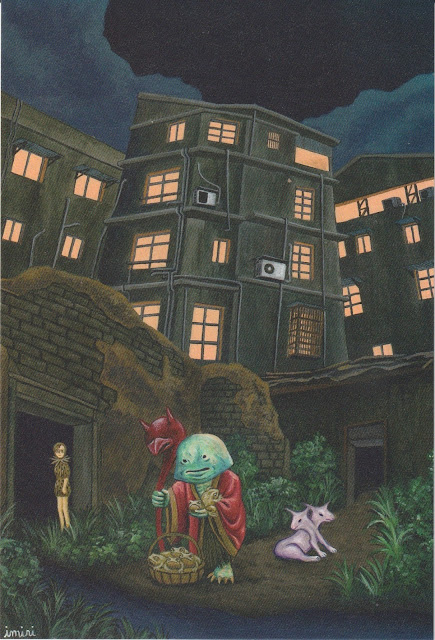 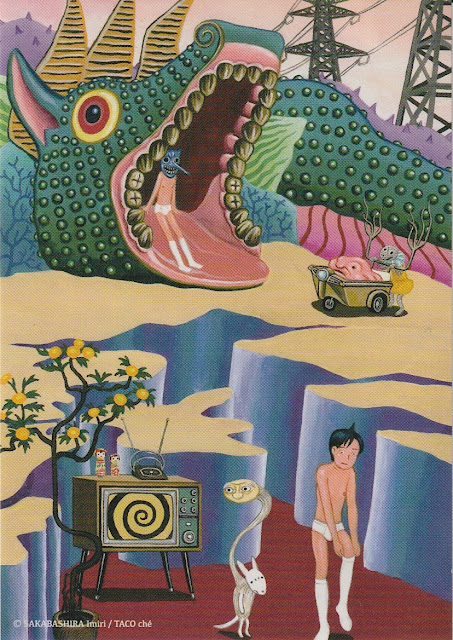 It’s been an age since I’ve done any posts focussed on art or design here, but given that I’ve not really had any time to write about movies during the past few weeks (believe it or not), here for your viewing pleasure are scans of a set of postcards which until recently were pinned up in my kitchen. (I’ve temporarily taken them down to facilitate some much-needed lockdown re-painting.)

These are the work of underground cartoonist and manga creator Imiri Sakabashira, a somewhat mysterious figure (to us English speakers at least) whose work first saw publication in 1989. About the only other biographical info I can find is that he was born in Shizuoka Prefecture in 1964. His gekiga manga The Box Man was published in translation by Drawn & Quarterly in 2010.

I bought these postcards from the Taco Ché underground culture/zine shop in Nakano, Tokyo a couple of years ago, and, as can be plainly observed, their combination of naturalistic urban street scenes, pseudo-Lovecraftian kaiju / yokai monstrosities and retro/pop art iconography is guaranteed to blow your (or at least, my) mind, anytime.

More of Sakabashira’s art can be seen via this 2009 post from the much missed Tokyo Scum Brigade blog, which also informs us that the artist is “..a prominent ero-guro artist from the avante-garde manga magazine Garo” [sic] and “..a big name in the underground manga scene”.

I also nabbed the following doozy of a jpg from a Pinterest page. 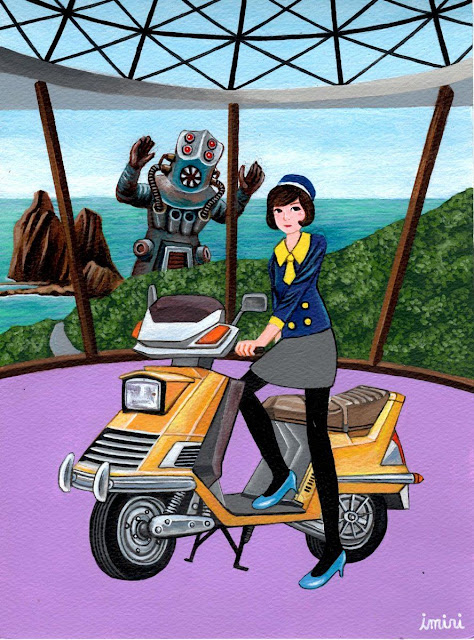 In conclusion: rock on Imiri. This stuff is amazing.
Posted by Ben at 16:46