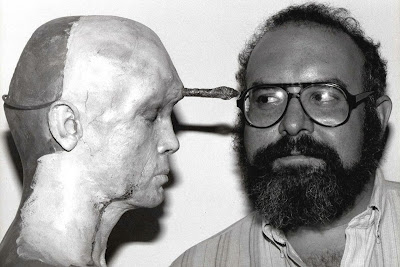 Yesterday morning, I received the terrible news that Stuart Gordon, whose classic debut feature ‘Re-animator’ we were discussing on the blog just a few weeks ago, has passed away at the age of 72.

There is so much that could be said in the course of paying tribute, but to begin by reiterating something I wrote in those aforementioned ‘Re-animator’ posts, Gordon is one of very few directors in the genre/low budget realm of whom I can truthfully say that I have seen (nearly) all his films, and have enjoyed every single one of them.

I won’t run through the entire list here, but suffice to say, scanning his filmography is like reliving a parade of great memories – decades-worth of weekend movies nights and late night screenings with friends, each of them objectively classifiable as a blast.

Like many others I suspect, it was the Lovecraft connection which initially drew me to Gordon’s work, before I’d really developed a more general interest in lower budget horror movies. I can still remember my excitement at finding a VHS copy of ‘From Beyond’ in a charity shop at a point when that film was otherwise unavailable, and at paying what seemed at the time like a small fortune for a copy of ‘Dagon’ as soon as it was released in 2001-ish. As my movie fandom has grown in subsequent years though, gradually catching up on the rest of his output has been a real pleasure, and, as stated above, he’s never let me down.

Not all of Gordon’s films were masterpieces, but whether making personal passion projects which overcame budgetary constraints and producer interference to hit all the right notes, or work-for-hire assignments which turned out way better than they had any right to be, he had a Bava/Corman-like knack for making the absolute best of the circumstances he found himself working in, his craftsmanship, dedication and sincere love and respect for his pulp / genre subject matter shining through in every frame. Again and again through the late ‘80s and ‘90s, he managed to turn projects which I’m pretty sure would have been forgettable guff in the hands of most other directors into solidly crafted, entertaining and hugely likeable movies.

It’s instructive in this regard to compare the quality of the films Gordon made for Charles Band’s Empire and Full Moon Pictures to most of the other stuff they produced at around the same time, presumably on comparable budgets. I don’t want to rag too hard on the non-Gordon Empire/Full Moon films (there are certainly a few hidden gems in there), but by and large, there’s simply no comparison, to the extent that my standard refrain whenever I find myself watching a disappointing, schlocky American horror film has long been “I WISH STUART GORDON HAD DIRECTED THIS”.

Getting into specifics, I’ve always loved the way that Gordon managed to maintain a connection to the classic horror films of the ‘60s (and perhaps even the ‘30s?) in his work, particularly in terms of their painstaking production design, and of his direction of actors (which clearly draws greatly on his background in theatre, allowing performances to ‘go big’ without becoming campy or annoying), whilst at the same time avoiding the temptation to revert to mere nod-wink nostalgia, and always remembering to deliver tons of the assorted good stuff that contemporary fans of horror / sci-fi / action / whatever want to see.

Another thing which sets his horror films apart meanwhile is the sparks that fly as a result of the uneasy balance between humour and horror, lending them a unique and unpredictable tone that has often been imitated, but never quite equalled. Even in the most light-hearted of his films in the genre, there is always at least one scene which seems designed to push viewers way beyond their comfort zone, as if to remind us, “hey, you signed up to see a HORROR film, remember?”

More than anything else I’d imagine, it is these jarring moments of nastiness (from Herbert West tormenting the broken-backed cat in ‘Re-animator’ to the Zadok Allen character being skinned alive in ‘Dagon’, and many more besides) that must have prevented Gordon from pursuing the kind of mainstream acceptance that his obvious talent and flair for comedy and adventure material (not to mention his pivotal role in creating the ‘Honey I Shrunk the Kids’ franchise) might otherwise have prepared him for.

Admittedly, Gordon’s short run of sci-fi films during the ‘90s did see him branching out somewhat in this direction (most notably in his major studio debut, the totally awesome Christopher Lambert vehicle ‘Fortress’ (1992)), but even here, he still had a tendency to knock us off balance with some fairly, uh, uncompromising content (think for instance of the moment in ‘Robot Jox’ (1990) when a stand full of innocent spectators gets crushed and we’re suddenly seeing ersatz news footage of weeping relatives searching through the rubble, or of the depredations of Charles Dance and his petrol-powered penis in ‘Space Truckers’ (1996)). Perhaps this tendency goes back to the confrontational / ‘Theatre of Cruelty’ type stuff he used to get up to in his early theatrical days, who knows..?

Which leads us neatly onto Gordon’s parallel theatrical career, which, although time and space have conspired to prevent me from witnessing any of it first hand, would no doubt be considered by many to be of equal (or possibly even greater) importance to his film work.

Beginning as a self-confessed hippie radical, Gordon founded the Screw theatre company whilst attending the University of Wisconsin-Madison in 1968, overseeing a production entitled ‘The Game Show’, which, according to Wikipedia, “..locked the audience in the theater and seemingly humiliated, beat and raped them (audience plants were used). Every performance ended with the audience rioting and stopping the show.”

This was soon followed up by “..a political version of Peter Pan that got him and his future wife arrested for obscenity”. Incorporating nudity, drug use and a psychedelic light show, this production was apparently inspired by an incident which saw Gordon tear-gassed by Chicago police during an anti-Vietnam protest.

After severing ties with the university, Gordon and his wife, actress Carolyn Purdy-Gordon, founded the Chicago Organic Theater Company, with whom they would continue to work until (I believe) Gordon was forced to resign from his position as Artistic Director as a result of controversy arising from the production of ‘Re-animator’ in 1985. In the intervening years however, the Organic Theater Company seems to have carved out an important niche for itself within the American theatrical landscape, not least through producing two early works by David Mamet (‘Sexual Perversity in Chicago’ and ‘Bleacher Bums’), both of which were directed by Gordon – a relationship which was revived in 2005 when Gordon directed the film version of Mamet’s play ‘Edmond’, starring William H. Macy.

In fact, the final decades of Gordon’s life seem to have seen him returning to his theatrical roots in a number of ways, cross-pollinating them with his subsequent horror career via his work on Jeffrey Combs’ one man Edgar Allan Poe show ‘Nevermore’, and the self-explanatory ‘Re-Animator: The Musical’ (either of which I’m sure would make for a great night out), whilst also directing a two-hander cannibal drama named ‘Taste’ and shifting the focus of his film work more toward similarly small scale / real world projects such as ‘King of the Ants’ (2003, based on the Charlie Higson novel) and ‘Stuck’ (2007).

(Somewhere amongst all this though, we should note, he also found time to direct his two episodes of the ‘Masters of Horror’ TV anthology - based respectively on Lovecraft’s ‘Dreams in the Witch House’ and Poe’s ‘The Black Cat’ - both of which are very good indeed, and come highly recommended if you’ve not seen them.)

But – I’m rambling here. Beyond all of the above, the main thing to remember as we look back over Gordon’s life and career is that he always came across in interviews as a really smart, humble, big-hearted and hugely likeable guy, and I’m sure that everyone around the world who knew him or knows his work is going to miss him terribly. R.I.P. 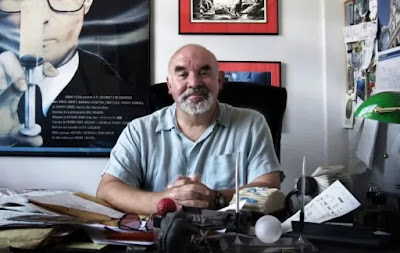