Continuing our tribute to the late Dick Miller, here is a quick run-down of the first five of his trademark one-scene-wonder cameo appearances that spring to my mind this week, in no particular order. 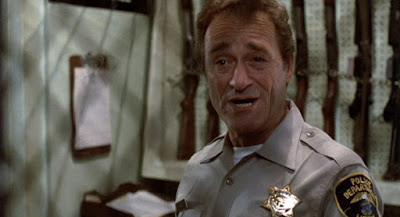 “Flamethrower?! What’s the matter, the ol’ snub-nose not good enough for ya anymore?”

Sometimes, I’m inclined to believe that if I were to pull Fred Dekker’s beloved mid-‘80s horror-comedy off the shelf for another go-round, it might not hold up so well, what with it’s heavy reliance on b-movie in-jokery and glib, self-aware humour etc.

Then I remember that it includes a scene in which Tom Atkins and Dick Miller discuss the paperwork required to requisition a flamethrower from the police armoury, and I think, no – it’s still pretty great. 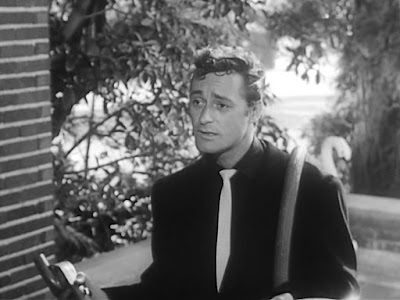 From my review last October:
“Though he is barely on screen for two minutes before being unceremoniously stuffed in the incinerator, Miller is great here, with his unruly hair, his weary distaste for his own sales patter and his sardonic use of the word “crazy” as an all-purpose acknowledgement all suggesting that his character is actually some down-on-his-luck beatnik reluctantly coerced into regular employment.” 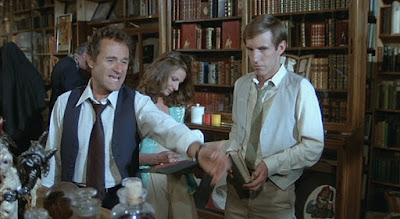 “You want books, I got books. I got chicken blood, I got dog embryos, I got black candles, I got wolf-bane. Look at this - silver bullets. Some joker ordered them. Thirty-ought-six. Never picked 'em up.”

Until I checked IMDB whilst preparing this post, I never realised that Miller’s character in ‘The Howling’ is identified as “Walter Paisley” in the cast-list. Which I suppose makes sense in relation to director Joe Dante’s relentless b-movie nerdery, but it does open the floodgates for some frankly unnecessary alternate universe type queries, vis-à-vis the original Walter’s fate grisly in ‘A Bucket of Blood’ twenty two years earlier. 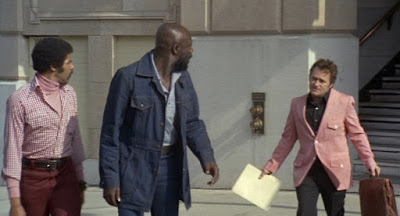 “Hi Turner, hi Jerry, good to see you – I got a real easy one for you here, you’re gonna like this… guy’s name is Richard Leroy Johnson, also known as Gator; his last known address is a vacant lot; Bail is $30,000. He jumped it yesterday.” 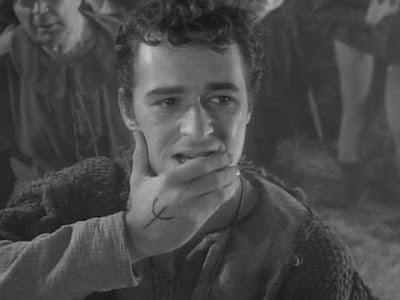 “They call me leper and unclean, and banish me to forest and swamp..”

From my 2017 review:
“Shortly thereafter, most of the characters attend a Black Mass in a cemetery, presided over by the Robin Hood-hatted Satan. He is keen to gather signatures for his black book, and, in return, he hands a big bag of money to some old geezer who complains he’s led a wretched life, and cures Dick Miller’s leprosy (hurray!).”
Posted by Ben at 19:29

Nice tribute to a guy that entertained us for decades.