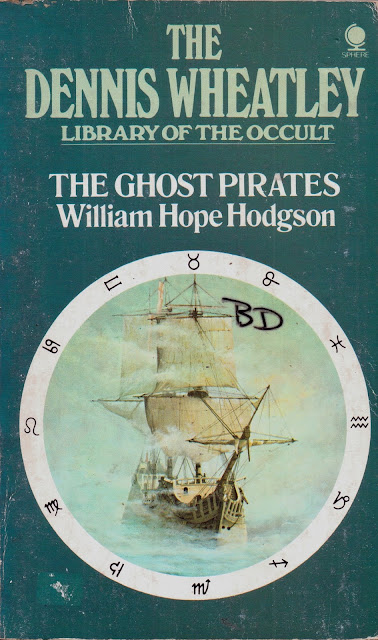 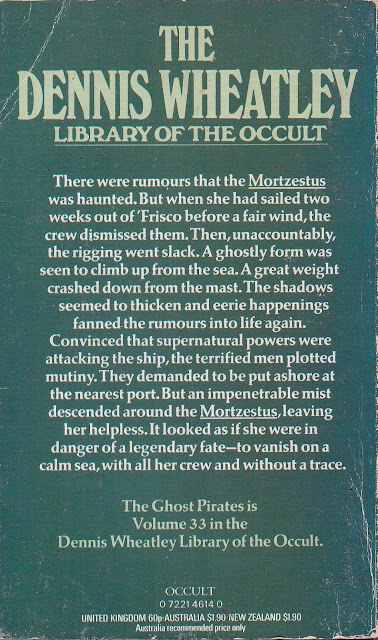 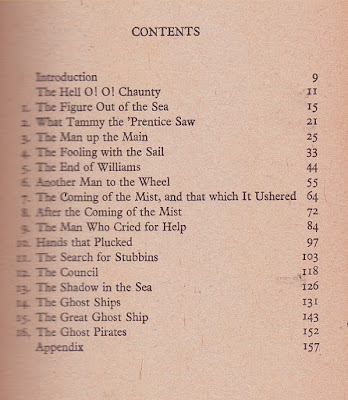 After searching for this book for much of my adult life (because if one of the greatest cosmic horror authors who ever lived had a yarn about Ghost Pirates, I want to read it), I actually found this copy in Japan a few years back, bizarrely enough.

I had intended to use it as the basis for one of my (long-neglected) series of Weird Tales posts, but after I actually started reading it, I soon put that idea aside.

It’s not that the book is disappointing as such, but… well let’s just say that it was clearly written as much for enthusiasts of nautical fiction as for fans of ghost stories. As such, the story’s supernatural elements are introduced extremely slowly and with great subtlety, whilst the relentless application of highly detailed seafaring jargon meanwhile leads to the book becoming quite difficult to follow for readers who grew up subsequent to the Great Age of Sail.

Much of the action concerns sailors running around different parts of the ship preparing for different weather conditions, and as such, a diagram to help us landlubbers identify the various decks, masts, sails and rigging referenced in the text would have proved extremely helpful. Characterisation meanwhile is fairly minimal, making it difficult to engage with what seems like a fairly boilerplate narrative of a band of able seamen caught between the regime of a sadistic and unreasonable First Mate and that of a distant and allegedly drunken Captain.

As is usually the case with Hodgson however, the novel’s supernatural revelation, when it does finally arrive, is actually a bit of a mind-blower. Rather than being harried by a more traditional ghost ship, it turns out that the vessel upon which the books characters are sailing has actually become trapped between dimensions, and thus is kind of ‘overlapping’ with the space occupied by an alternate universe vessel whose malignant, spectral occupants are gradually picking off our human crewmen one by one.

Pretty freaking far out, especially when you consider that Erwin Schrödinger first introduced the theory of parallel universes into popular thought in 1952, over forty years after ‘The Ghost Pirates’ was first published.

Here’s what Dennis had to say on the matter: 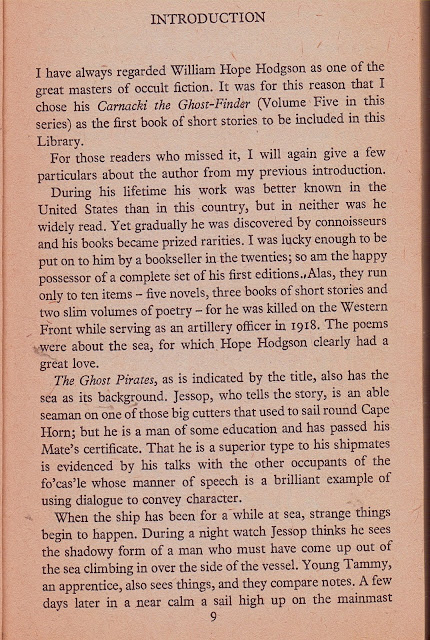 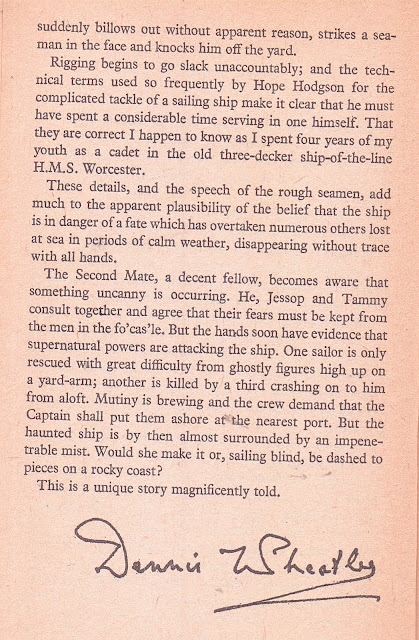 Yeah, this is sounding like it’s going to need hunting down pretty sharpish.

This bit
> Much of the action concerns sailors running around different parts of the ship preparing for different weather conditions, and as such, a diagram to help us landlubbers identify the various decks, masts, sails and rigging referenced in the text would have proved extremely helpful. <

Makes me want to read it *more*.

I've been getting more into nautical language the older I get. Grew up around boats. Nothing quite like a good buntline hitch on the gaff to keep the leech from luffing!