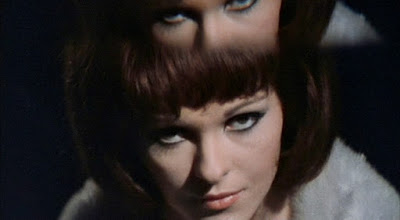 Somebody up there seems to have decided that 2018 is the year in which the surviving stars of Jess Franco’s ‘60s films are to leave us, and, following the death of Janine Reynaud last month, I was saddened to learn this week (again via Tim Lucas’s blog) that Maria Towers – credited on screen under her maiden name, Maria Rohm - has passed away.

Probably best known for her intoxicating lead performance in what many consider the best film Franco ever made, 1970’s Venus in Furs, Rohm’s career in film proved inseparable from that of her husband and life partner, the notorious, globe-trotting producer Harry Alan Towers.

Between her screen debut in 1964 and her inauspicious swan song in Massimo Dallamano’s 1976 ‘Emmanuelle’ cash-in ‘Blue Belle’, almost all of the films she appeared in were Towers productions. Looking back over her CV however, it is interesting to note that, despite her striking beauty and obvious screen presence, the majority of her roles were supporting parts or cameos.

Significantly I think, it was only in her collaborations with Franco that she began to move toward lead / “star” parts, gradually edging her way up the cast-lists of the Franco/Towers joints, delivering memorable and sometimes provocative performances in The Blood of Fu Manchu, ‘The Girl From Rio’, ‘99 Women’, Justine and ‘The Bloody Judge’, gradually moulding herself into a powerful avatar of the same super-natural seductress figure who haunts other eras of Franco’s sprawling filmography in the shape of Soledad Miranda, Lina Romay, Alice Arno, or indeed Janine Reynaud.

Rohm finally attained immortality within Franco’s femme fatale pantheon when the aforementioned ‘Venus in Furs’ hit screens in 1970, and, notwithstanding special-guest-star Christopher Lee, she was top-billed for a second time as the predatory aristocrat Madame de St Ange in the same year’s extraordinary ‘Eugenie... The Story of Her Journey Into Perversion’ – the film that, more than any of the other Towers productions, provides the blue-print for the more unhinged, low budget sex-horror productions the director would go on to specialise in during the following decade.

It seems a great shame that Rohm never really pursued the promise she demonstrated in these roles after the Franco / Towers partnership soured in the wake of 1970’s disastrous ‘Count Dracula’, although, according to IMDB, she did put in an appearance in Franco’s impossible to see/quite-possibly-lost post-Towers production ‘Sex Charade’, providing further evidence of the ongoing rapport that clearly existed between the two. (From memory, I believe they both spoke very warmly of each other in interviews, but any insight into their professional relationship beyond that is, like so many things in this area of cinema, now lost to history.)

Thereafter, Rohm / Towers appears to have stayed at her husband’s side throughout the remainder of his long career as an indefatigable independent producer. Even after she ceased to act in his films, she earned ‘associate producer’ or ‘co-producer’ credits on many of the pictures he brought to the screen in the 1980s and 2000s, and, as is usually the case with these things, it’s probably safe to assume her behind the scenes contributions extended far beyond that.

Both before and after Towers’ death in 2009, she proved a resolute defender of her husband’s legacy, attempting whenever possible to direct attention to his achievements in the film industry rather than the unsavoury rumours that have often surrounded him, and overseeing the posthumous publication of his autobiography in 2013. Insofar as I can tell, she remained a warm and dignified voice in this particular dusty corner of cinema fandom, connecting with fans via social media, and her career-spanning interview with David Del Valle, recorded as a commentary track for Severin’s blu-ray release of ‘Count Dracula’, is well worth a listen.

For ‘Venus In Furs’ alone, she will forever remain an icon, but for all her work, she will be missed. R.I.P.

(A memorial page for Maria Towers can be visited here.) 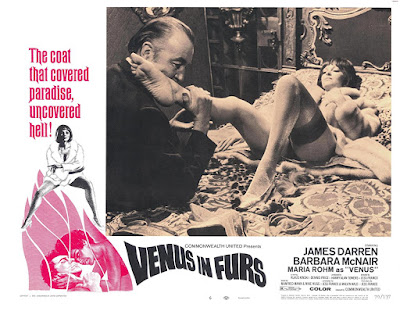 One of the great Euro femmes fatales and heroines.