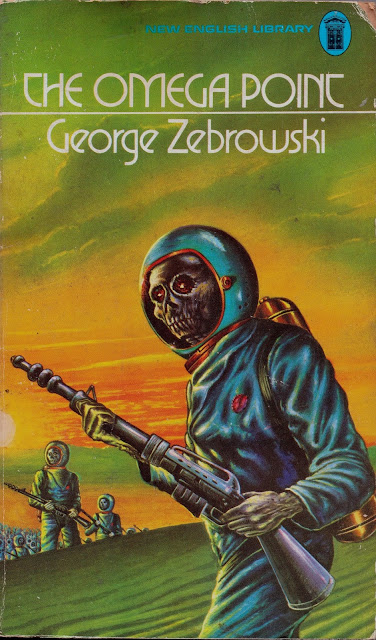 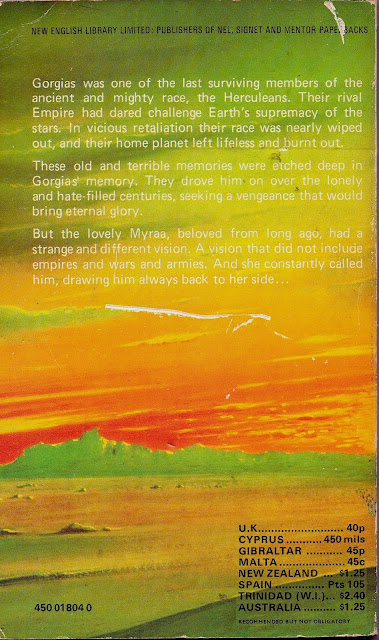 On first glance, the back cover blurb for this one suggests a kind of post-apocalyptic variation on Edgar Rice Burroughs style science fantasy, but venturing inside, it soon becomes clear that George Zebrowski had his sights set a little higher than that.

Chapters pointedly begin with quotes from Freud, Gorky and Shakespeare, and the protagonist spends the entirety of the second chapter enjoying a “percussion cantata”, beamed live to countless millions of spectators across the galaxy:

“There were a hundred performers seated at the various instruments on the raised platform. Each sat at an electronic console which was covered with oversize push buttons and giant levers. The only really novel presence on the stage was the massive percussion batteries – traditional instruments, with some of the designs dating back two and three thousand years to old Earth and the first solar confederation. There were drums of all shapes and sizes; two of the drums were taller than the male performers who stood ready to operate two mounted hammers hanging above each drum. Elsewhere on the stage stood celesta, xylophones, six grand pianos, giant triangles, massive bells, clickers, and iron anvils, and two gargantuan wooden blocks which would be struck by giant wooden mallets swinging freely on chains. All the instruments were wired for sound in the modern manner.”

(Something makes me think Zebrowski might dig The Boredoms..)

Anyway, the iffy grammar in the above paragraph may have tipped you off to the fact that sadly‘The Omega Point’ rarely seems able to live up to it’s author’s grand ideals, but, this seems to be have been his first novel, so perhaps we can cut him some slack?

Born in Austria in 1945, George Zebrowski has continued to write SF well into the 21st century, with the last published work listed on his Wikipedia page appearing in 2009, so, uh, good for him. I’m glad he persevered.

‘The Omega Point’ was originally published in the U.S. by Ace Books in 1972, by the way.

Searching elsewhere online, it seems generally agreed that the - excellent - cover art for this NEL edition is another Ray Feibush joint. 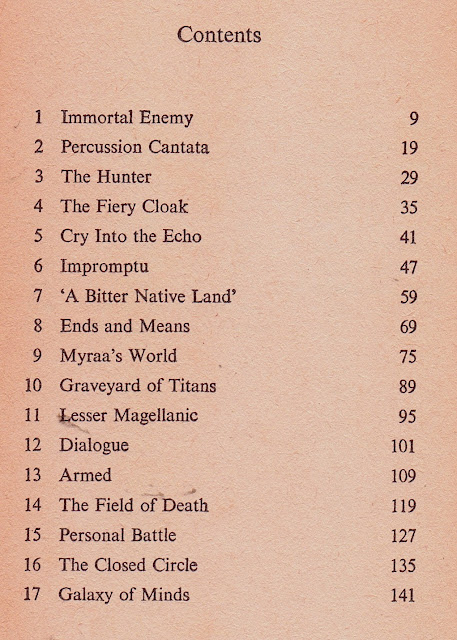