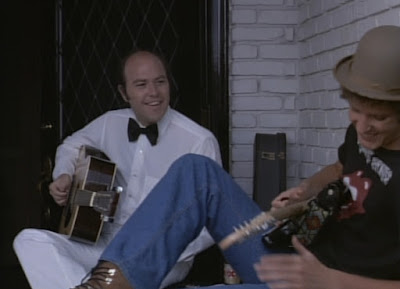 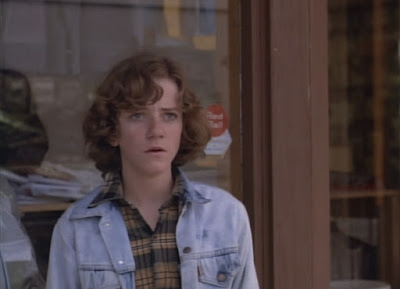 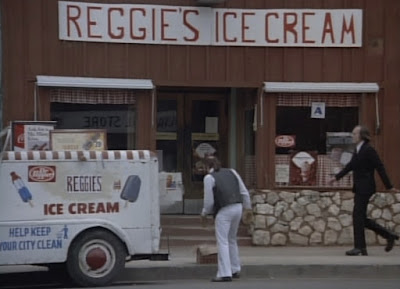 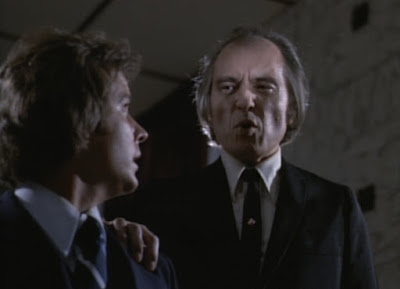 By this point, I think I can say with confidence that Don Coscarelli’s ‘Phantasm’ is one of my favourite films. Of course I liked it a great deal from the first time I watched it, but it is one of those movies that affects me more deeply each time I return to it. It’s become a kind of “totem pole” movie for me, I suppose – its familiar faces and words and images always there to provide new glimmers of comfort and meaning.

In a sense I think, the real genius of the first ‘Phantasm’ is the light touch Coscarelli brings to the story’s human drama – a careful balance that ensures it is never so ‘heavy’ that it can’t be enjoyed with friends or family in its primary capacity as a wildly imaginative, action-packed sci-fi/horror movie. But, each time around, the ineffable sadness at its core becomes harder to shake.

Reading reviews of ‘Phantasm’, I get the impression that the ‘two-tier’ system upon which the film operates proves pretty difficult for many viewers to get their heads around. Horror fans are often riled by the “quirky” indie drama moments, which they see as naïve and unnecessary flashbacks to Coscarelli’s earlier independent films, whilst others meanwhile find ‘Phantasm’s attempts at emotional engagement impossible to reconcile with a film that also includes gratuitous tit shots, killer dwarfs and the sight of a man having his blood extracted through his forehead and sprayed across the floor by a robotic alien sphere. (1)

Are we to interpret the implacable Tall Man and his minions as a “real”, existing threat, to be combatted with guns and traps and explosives? Or is he merely a fantasy concocted by young Mike (A. Michael Baldwin) - a way of coping with the trauma caused by the sudden loss of his family, inspired by the young boy’s (entirely understandable) phobia of the rituals surrounding death and funerals?

Wisely, ‘Phantasm’ deliberately frustrates a thorough-going application of either of these theories, causing annoyance to many, but prompting me to ask yet again – why do we have to choose? Can’t we have both? Isn’t this intractable fusion of fantasy and reality in some sense the very point of cinema? Especially here, where, well… the clue is in the name, y’know?

As a choice of title, “Phantasm” does rather hammer home the point regarding the shifting, subjective nature of the world portrayed on-screen, even as its itinerary of classic American Gothic imagery pulls us straight back to Poe’s obsessive blurring of the boundaries between life and death, waking and sleep. Coscerelli has often claimed in interviews that he pulled the word ‘phantasm’ from Poe’s work, and as such it’s perhaps no surprise that finished film sees the author’s “dream within a dream” methodology pulled kicking and screaming into the placid environs of ‘Star Wars’-era suburban USA.

This latter realm is the native home of Mike, Jody and Reggie, three young(ish) men who, despite the age gaps that separate them, are all trying to cope with the shadow that grief and loss has already cast into their sheltered world of eternal adolescence.

From tweaking the engines of their muscle cars to playing rock n’ roll music, scoping out “babes”, fetishising guns and knives, crafting homemade explosives and – yes – selling ice cream, everything these boys do (and they ARE boys – even rotund, balding Reggie) seems to hark back to childhood aspirations, speaking to some dream of a perfect, carefree teenage male existence.

And yet, the kind of macho braggadocio that usually accompanies such activities is entirely absent from their behaviour, as if it has been surgically removed, leaving just a numbness, a sense of empty space.

Coscarelli gives us very little in the way of background for his characters, but he doesn’t really need to. The silence and darkened rooms of Mike and Jody’s cosy family home speaks for itself, as does the gentle, somewhat awkward, but always caring way in which the three friends relate to each other. There is a feeling here of life rolling on day by day, even as our characters occupy a kind of limbo in which their normal routines have been forcibly disrupted.

Some seem to feel this material irksome, or find the performances of the inexperienced cast clumsy, but personally I don’t know if I’ve ever seen a film that so touchingly, so effortlessly, conveyed the sense of a mismatched family group re-forming itself into a new shape after its central members have been lost.

And, in the wake of this loss of course comes The Tall Man. A veritable avatar of the ravages of age even though the late Angus Scrimm was a relatively sprightly fifty-three at the time this first film was made, this fearsome antagonist literally crushes deceased adults down into child-sized dwarfs [an observation I owe to Stephen Thrower’s review of ‘Phantasm’ in his essential Nightmare USA], whilst the mortuary that forms his domain can be seen to represent a kind of ‘chapel perilous’ through which are our three (overgrown or actual) adolescent heroes must pass in order to overcome their fear of death, and to move forward into their life as adults.

I confess I find this schema an absolutely beautiful prism through which to view the film - and indeed the entire ‘Phantasm’ series - but again, Coscarelli unpacks it so gently for us that it is easy to miss completely, lost amid the rock ‘em sock ‘em horror set pieces that are ostensibly the movie’s primary attraction, until it is pointed out.

As mentioned above, it was Thrower’s extremely insightful review that first pointed me in the right direction, and since then, I’ve just kind of run with it. ‘Phantasm’ is a film I think of often, and Mike and Reggie and Jody – whether as archetypes, as characters, even as actors – remain with me always. 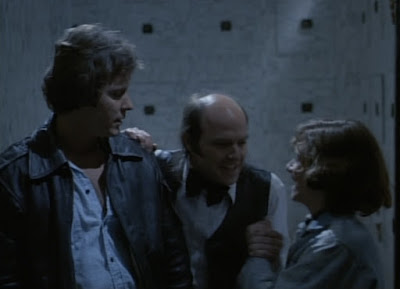 (1)Lest we forget, Coscerelli became the youngest director ever to see his work distributed by a major studio, when his independently produced films ‘Jim, The World’s Greatest’ and ‘Kenny & Company’, both completed before the director’s twentieth birthday, were picked up by Universal Pictures in 1976. Quite an achievement, to say the least.

100% agree. I love that film. I saw when I was still young and all of the weirdness of it had a lot of gravitas and mystery. Seeing it for the first time as an adult is probably not nearly as fun.