A Whole Different Ball Game:
Thoughts on the Phantasm Series. 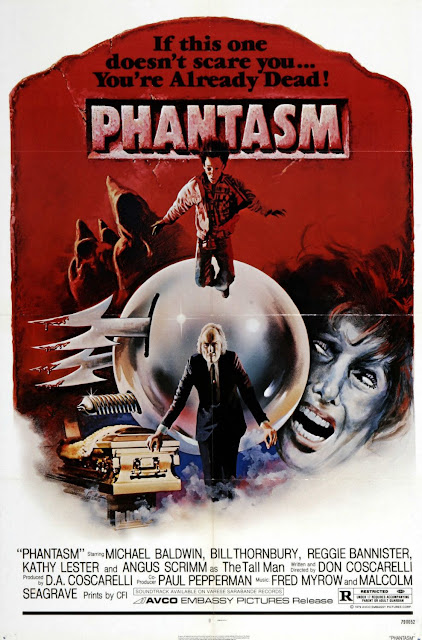 For no particular reason, August here on BITR is going to be Phantasm Month. After re-watching the five entries in Don Coscerelli’s long-running sci-fi/horror franchise recently, I have found myself writing a fairly massive “think piece” type article aimed at re-evaluating the series in a manner that I hope will provide fans with a few new angles from which to approach it, and/or persuade non-fans to consider giving the movies a second look.

To make things more manageable, I have split my ramblings up into a series of separate posts, roughly covering each film, which I will endeavour to publish over the next few weeks, beginning tomorrow. I hope you can get something out of it, but if you’re an inveterate Phantasm hater, then, well… sorry. I hope we’ll see you again in September.
Posted by Ben at 18:59