The Beach of Falesá
by Dylan Thomas
(Panther, 1966) 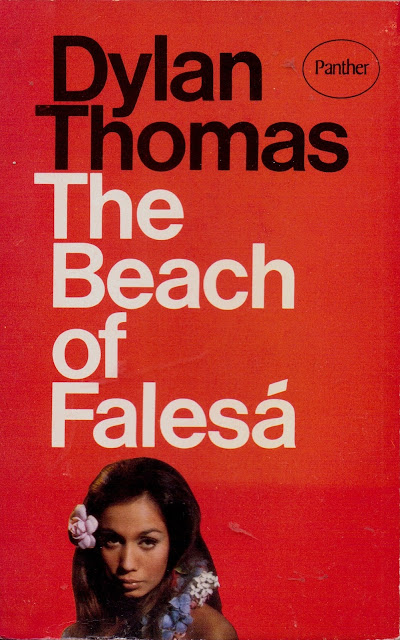 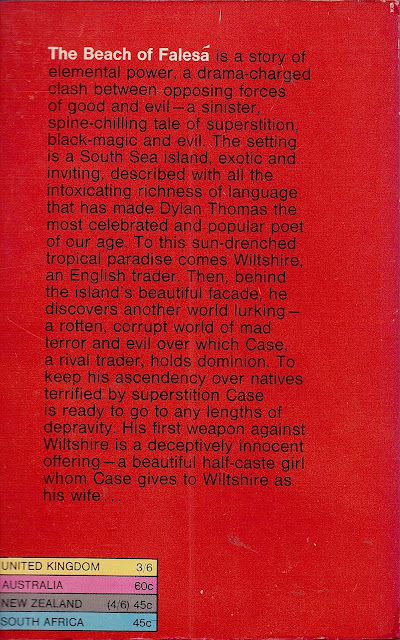 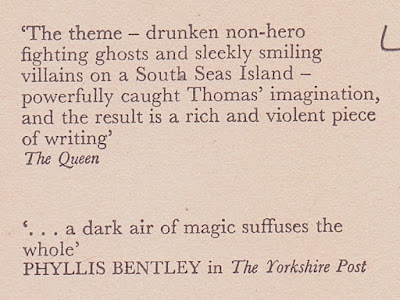 In honour of the fact that today is apparently International Dylan Thomas Day, I thought I’d take the opportunity to pull another recent acquisition from my ever-growing paperback mountain for your enjoyment.

Though admittedly somewhat beyond the pulp fiction remit of this blog, Dylan Thomas remains one of my favourite writers. Growing up in West Wales, I was more or less force-fed his words from a young age, but since rediscovering his work in adulthood, both his prose and poems have become very dear to me.

Nonetheless, until I stumbled upon this volume on a day-trip to Brighton last month, I was entirely unaware that this most revered of twentieth century wordsmiths had ever penned “..a sinister, spine-chilling tale of superstition, black magic and evil” set upon an “exotic and inviting” South Seas island. An instant purchase, needless to say.

In order to maintain an open mind when I get around to reading it, I have deliberately carried out no research whatsoever into the history or perceived literary value of this work, other than to note that it is a re-working of a story of the same name by Robert Louis Stevenson. Likewise, the fact that this book’s copyright originally belonged to The Hearst Corporation (1959) before moving to ‘Viking Films Inc’ in 1963 is instructive, as is the fact that it barely stretches to 120 pages, despite the use of extra-large text and frequent and over-large paragraph/chapter breaks. Should be an interesting read.

I can’t say that Panther’s cover design strikes me as very appealing however. Contrary to the note I’ve scanned above, the woman pictured on the cover is most assuredly NOT a detail from Gauguin’s ‘Aha Oe Feii?’ aka ‘Are You Jealous?’ (1892), and I can only assume that this note was mistakenly retained from an earlier edition of the book. As to where this woman’s head and shoulders actually did come from, god only knows. I suspect they probably just clipped her out of a magazine or something.

So, not exactly a classic in design terms, but in literary terms…? Well, I hope to get around to it soon, so we’ll see.