Following on from our previous post, here are some German language crime pulps I picked up whilst in Faro last year. 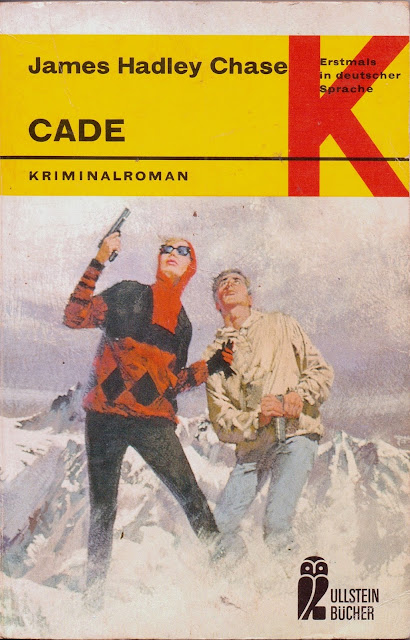 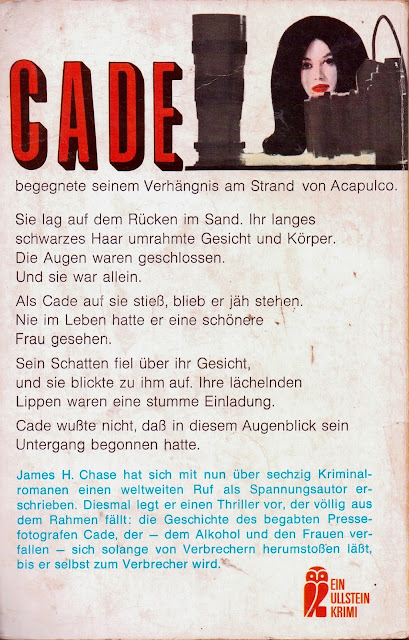 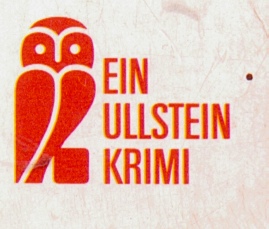 No translation needed here, as “Cade” is the name of the protagonist. Quoth Wikipedia: “Cade was lucky. He was famous, wealthy, sought after, and his creative talent for photography set him in a class of his own. Success hadn't spoiled him. He remained generous and unselfish, a simple man with a brilliant talent, and a champion of the unfortunate and the persecuted.”

I love this iconic yellow and red “K” series design here. (I couldn’t help noticing a spinning rack of them in the background during a recent viewing of the Berlin-set ‘The Quiller Memorandum’ (1966).) Exceptionally cool design / illustration combo all round on this one, actually. 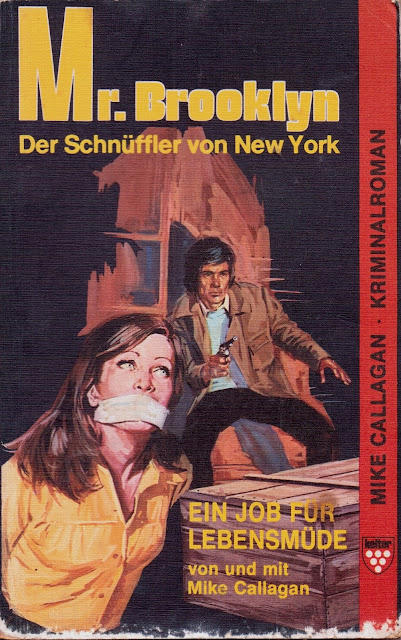 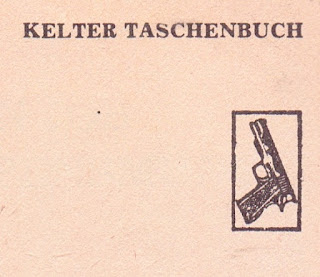 Nice, nasty late ‘70s vibe on this German original, part of an ongoing “Mr Brooklyn” series that we might assume fall more into the ‘Executioner’-style action-pulp category than traditional detective/crime stuff. (More covers from the series – most of them exceptionally cool - can be seen here.)

Title translates as “The Snooper of New York”, and cover blurb possibly reads “A JOB FOR LIFE and Mike Callagan is tired of it”, or something along those lines. 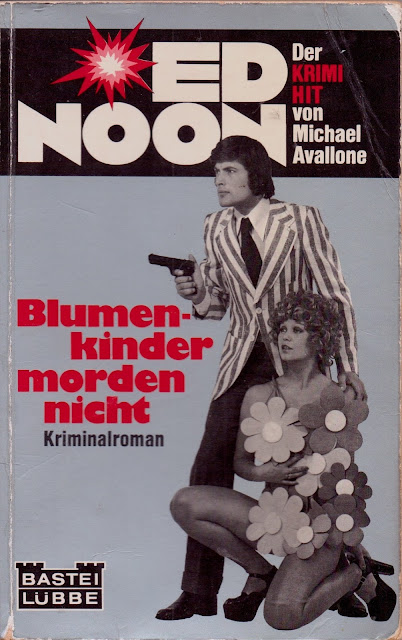 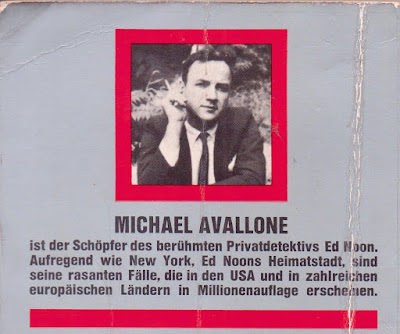 Originally published in English as ‘The Flower Covered Corpse’ in 1969.

Another one of those wonderfully awkward paperback cover photo shoot moments to enjoy here (I should make a tag for them really). [UPDATE: done!]

The German title literally translates as “Flower-Child Not Murder”, so make what you will of that.

Mr. Brooklyn was one of those P.I.novel series written by german pulp writers. It hasn't any resemblance to The Executioner genre whatsoever. Typical private eye tales, but not overtly violent. The series is called: Mr. Brooklyn - New York Private Eye (or Shamus, if you will). The novel's title is "A Job for Suicidals - as told by Mike Callahan" Like other series it tried to suggest that it is written by the hero, the first person narrator.

The title of the Ed Noon is: "Flower Childs don't kill".

Many thanks for the clarifications Andy - really appreciate your input.