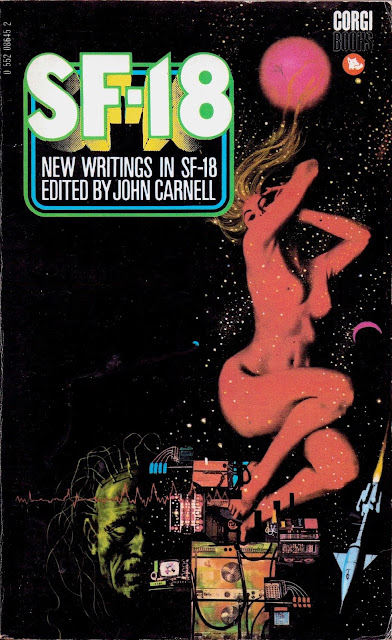 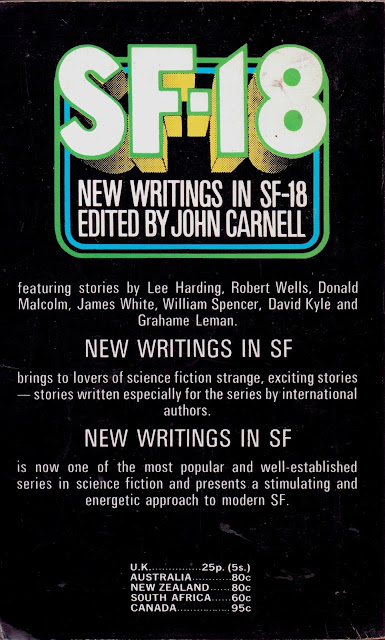 Whilst the sublimely trippy (unaccredited) artwork on this anthology is more than worthy of a place in my Psychedelic Sci-Fi Hall of Fame, I’m afraid I must confess that it initially jumped out at me simply due to the fact that the cover painting (well, the nudie floating-in-space lady and the weird tangle of machinery at least – looks like they nixed the dreaming old geezer head) was appropriated by perpetually charming stoner metal band Monster Magnet for the cover of their 1995 album ‘Dopes To Infinity’ – the second release of the band's increasingly ludicrous major label tenure, and one that I have fond memories of playing incessantly through my late teenage “I want to be psychedelic and take drugs, but I haven’t got any” phase. 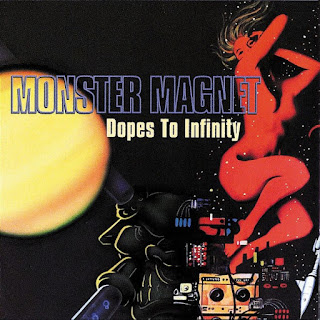 Actually, comparing the two more closely, it looks as if Monster Magnet’s cover designers have reworked the weird machinery a bit, and in fact the stars around the lady and the details of her hair are slightly different too, suggesting that the band’s artist (I can’t find a credit online, so s/he will have to remain anonymous for the moment too) has repainted the image in its entirety, using the paperback as a close reference. Curious.

(If you’re thus inclined, I believe this album still kind of rules, by the way.)

No need to apologise about Monster Magnet, I somehow knew you'd be a fan and there was always something naggingly familiar about that sleeve. Think I worked my way through the New Writings series in the library as a teen.