These three editions all come courtesy of Ark’s Forlag (‘Ark Publishers’), who seemed to cater to the same market as Winther for a slightly earlier era.

As to the artwork, I have no idea, but none of it shows up on google searches under the novels’ original titles, at least. 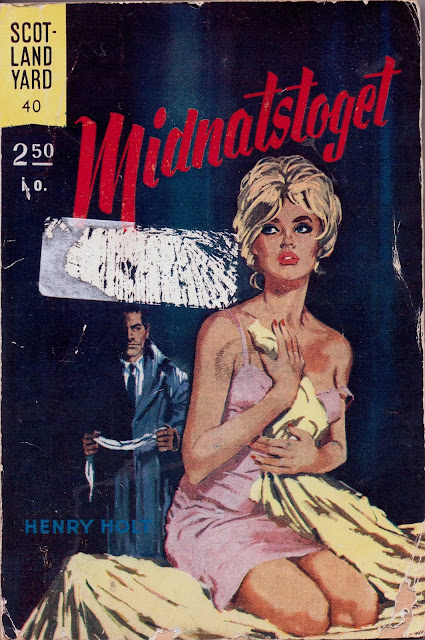 The fortieth entry in the ‘Scotland Yard’ series, which seems to have comprised reprints of various early British crime novels, insofar as I can tell. 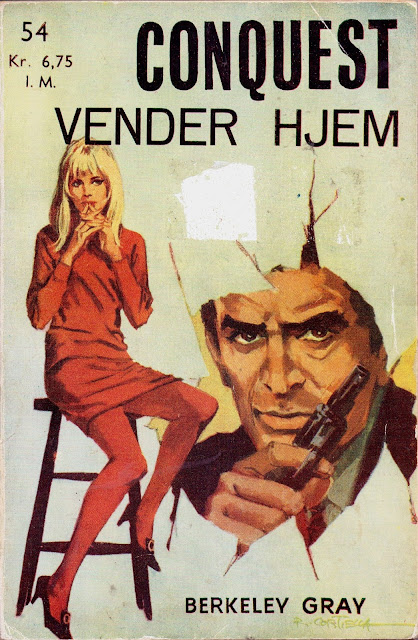 Adventure number fifty four (!) for Berkeley Gray’s ‘Norman Conquest’, who will presumably need to do some dusting and air the place out a bit. 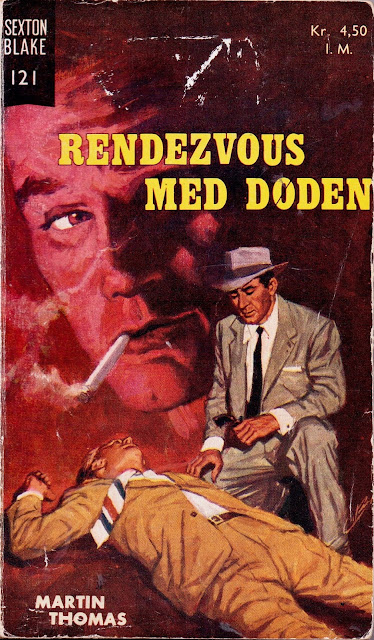 100 Krone says the cover to this one was traced from some old movie stills, in something of a hurry. Again, unreadable signature taunts us at bottom right.

This post concludes our investigations into the world of Danish pulp fiction for the present, but, in closing, I can’t resist the opportunity for another cheap snigger at the Danes’ singular manner of ending their stories. 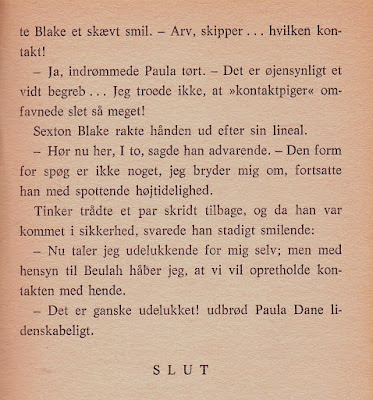