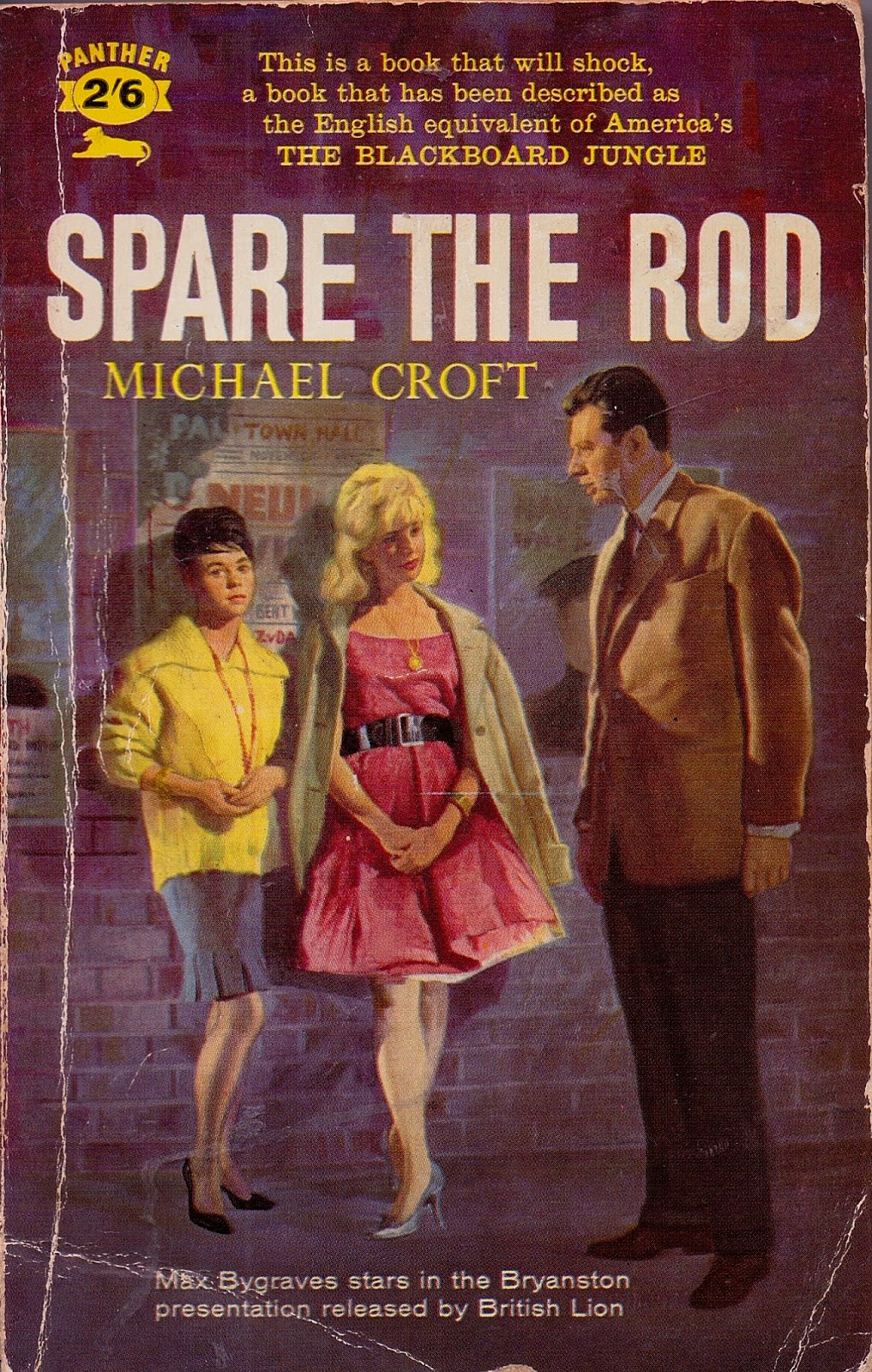 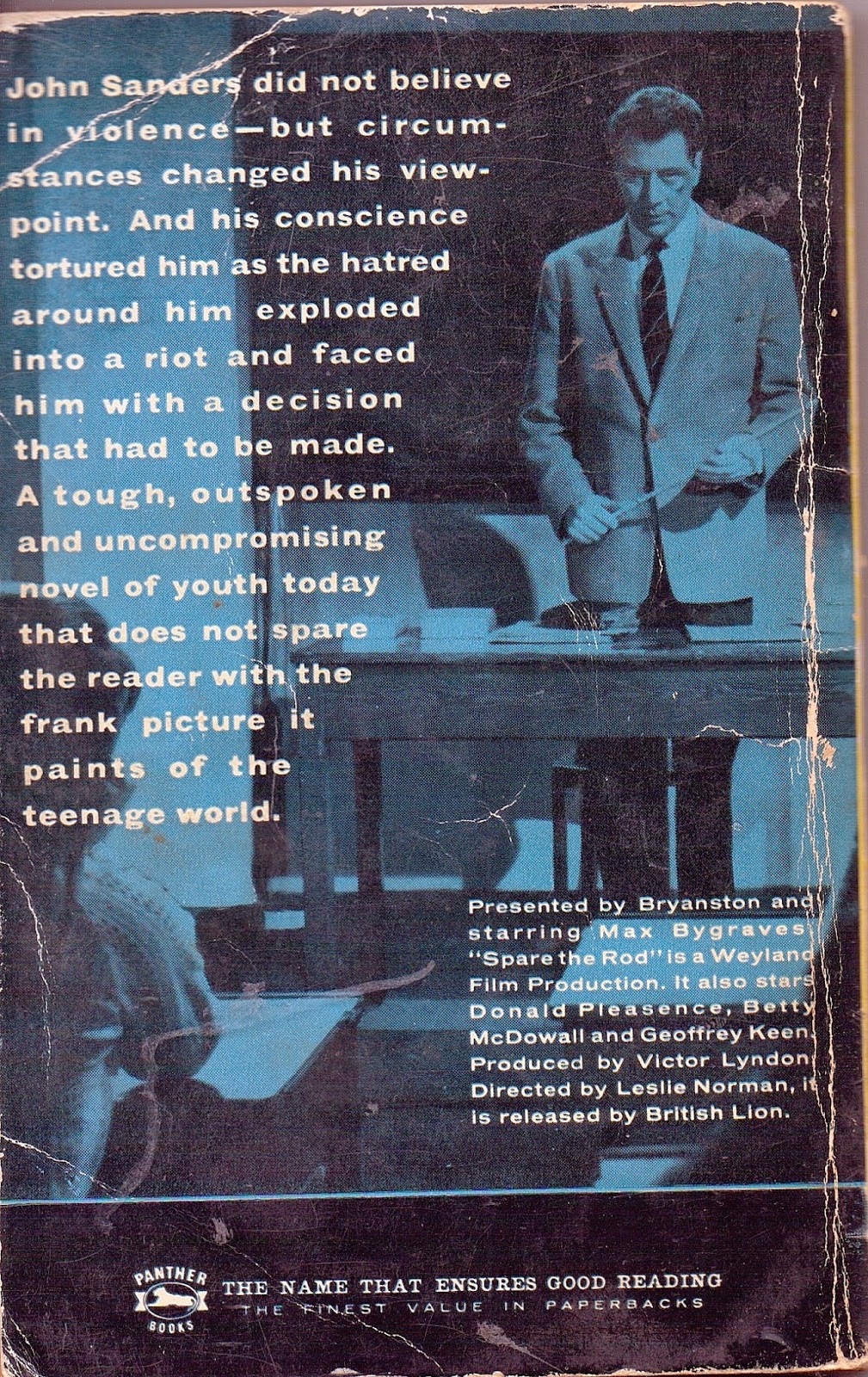 Juvenile Delinquency, UK style. Where America had Brando in ‘The Wild One’, ‘Rebel Without a Cause’, Hal Ellson, The Knife and, y’know, this sort of thing, we got the pulse-pounding sight of Max Bygraves telling these young hussies they should stop slouching against the wall and get to choir practice.

I’ve not read Michael Croft’s early entry in canon the hang-wringing, youth-of-today school teacher melodrama (originally published the same year as Evan Hunter’s sub-genre defining ‘Blackboard Jungle’), and as such I’ll refrain from sniggering at it too much, although a brief skim read suggests that it is just as quaint and dreary as one might fear.

Likewise, I’m entirely unfamiliar with the movie adaptation, but £10 says Donald Pleasence plays the corrupt, weak-willed and/or alcoholic headmaster and does so brilliantly.

Best known as the founder of The National Youth Theatre of Great Britain, ‘Spare the Rod’ was Michael Croft’s only novel, insofar as I can tell from my usual exhaustive research. 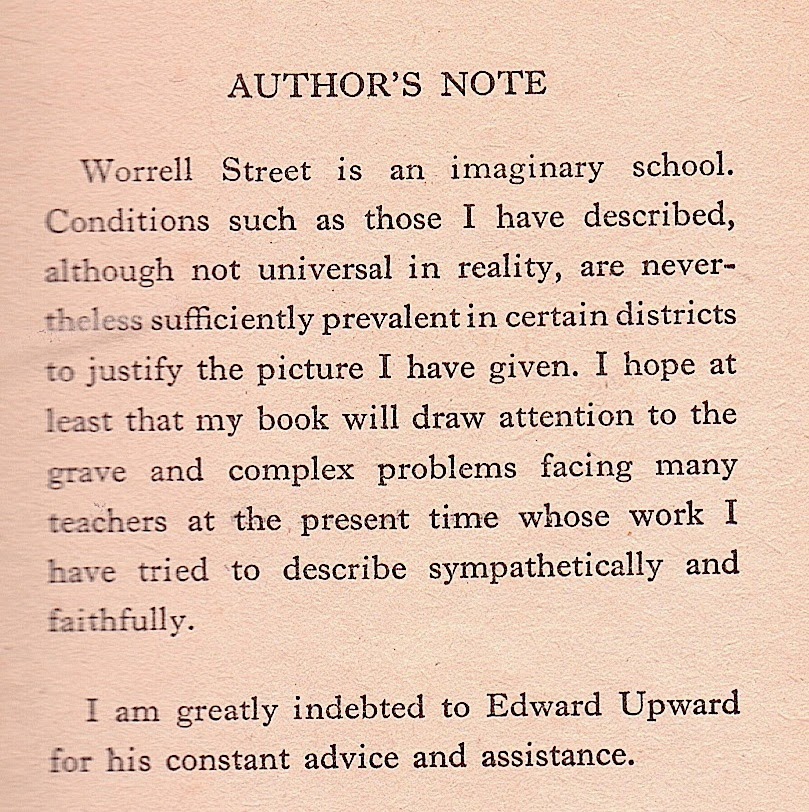