Whilst we rarely go in for direct product endorsements on this weblog, it has nonetheless come to my attention that there are a number of film books forthcoming in the next few months that I am incredibly excited about, and it occurs to me that readers here might appreciate a heads-up about them too. 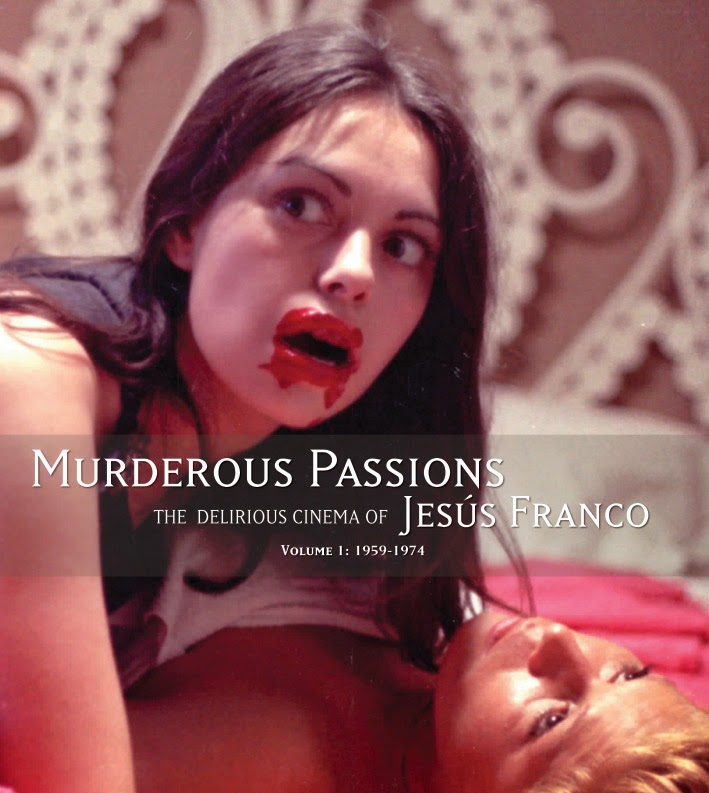 In particular, I am consumed with what can only be described as ‘rabid anticipation’ at the thought that the first volume(!) of Stephen Thrower’s long-awaited study of the cinema of Jess Franco – now entitled Murderous Passions: The Delirious Cinema of Jesus Franco and published by Strange Attractor Press - will, gods willing, be in my hands within the next few weeks. As I have remarked here before, Thrower is, to my mind, the most insightful, readable and informative writer currently working in the sphere of quote-unquote ‘cult cinema’, and hearing him hold forth on Franco in various DVD extras (and in person at a one-off event at Bloomsbury’s Horse Hospital a few years back) has always been an absolute joy.

To suddenly have four hundred-plus pages of such material to dig into is a discerning Francophile’s dream come true, and upon receipt of said book I fully intend to put all other leisure-time activity of indefinite hold as I retreat to the sofa, put on a suitably ominous record and get cracking. Disturb me at your peril.

Murderous Passions is available in a range of enticing special editions directly from Strange Attractor, whilst the regular hardback can be nabbed at a slightly more economical rate via Amazon in the UK. 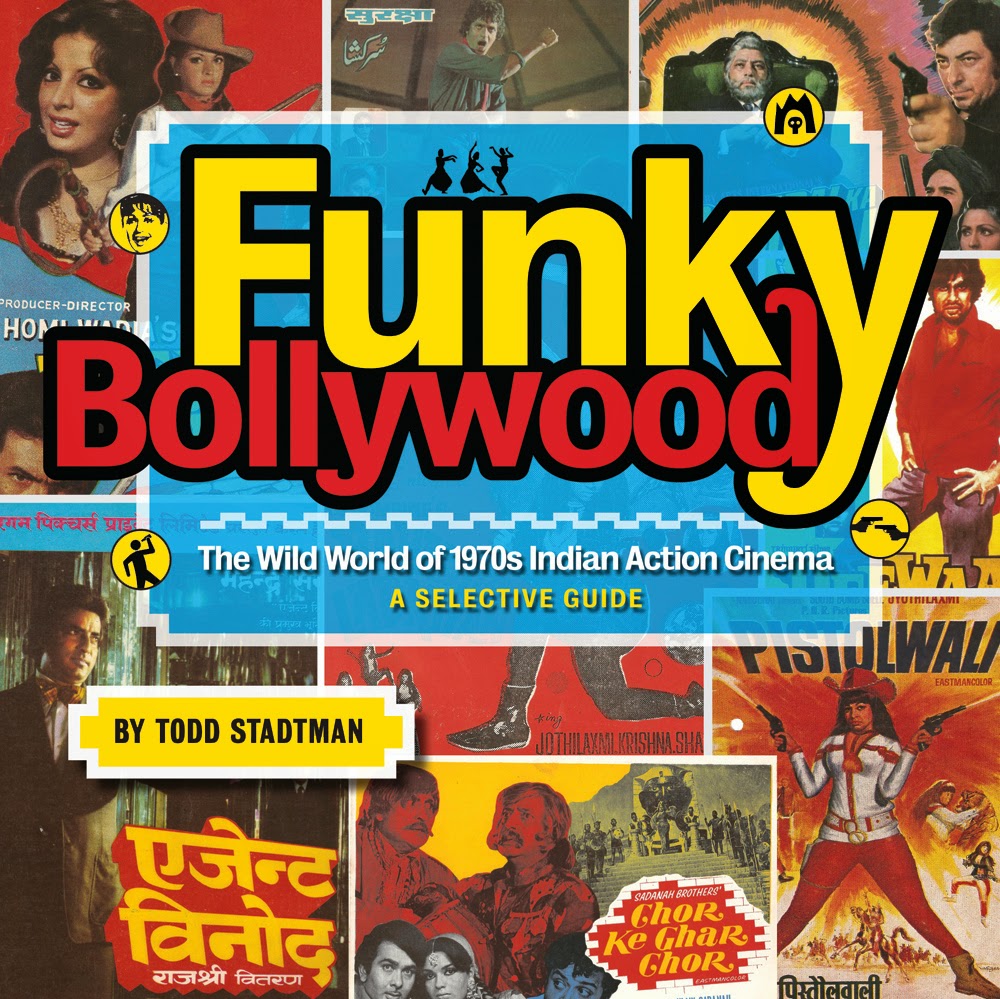 Another dutifully pre-ordered volume I’m really looking forward to is the first printed venture from one of the best writers out there on the criminally under-investigated subject of global pop cinema, Die, Danger, Die, Die, Kill!’s Todd Stadtman. Speaking as a novice viewer fascinated by the excessive sights and sounds of Bollywood movies but feeling very much adrift without a knowledgeable guide to point me in the direction of the grittier, weirder stuff lurking beyond the big budget masala melodrama, I can only imagine that I am the exact target audience for Todd’s sure-to-be-earthshattering Funky Bollywood: The Wild World of 1970s Indian Action Cinema, coming imminently from FAB Press. At this point I should probably say things like “woo, yeah, bring it on!” and so forth, so, uh, yeah – there ya go. Pick up your copy from the link in the preceding sentence today. 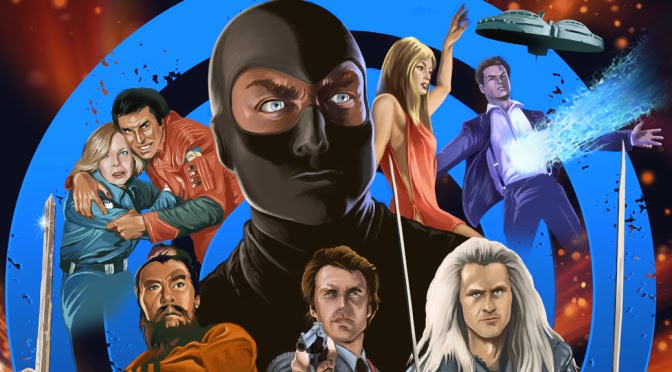 Speaking of Mr. Stadtman, we next move on to the happy news that his old alma mater, Teleport City, have finally thrown caution to the wind and embarked on their own book, entitled At The Matinee of Madness.

Whilst it may sound like a pretty pompous and unlikely statement, it would be no exaggeration to say that the writing of both Todd and Keith Allison on Teleport City had a pretty big impact on my life after I began regularly reading the site around a decade ago, and their work definitely played a pivotal role in inspiring me to cultivate an interest in quote-unquote ‘cult cinema’ (gotta stop saying that) that extends beyond mere time-killing and ironic chuckles.

Promising a bumper compendium of new material and re-worked old stuff, the forthcoming book should at the very least provide me with a perfect opportunity to relive those glory days of sneakily spending quiet afternoons at work marveling at tales of Turkish super-villains, Japanese girl gangs and Doug McClure punching cavemen in the face, before hastily pulling up a spreadsheet window as soon as someone approached my desk. As is only right and proper, the book should also, on the basis of the head-spinning contents list published here, make for a veritable smorgasbord of everything that is wonderful about psychotronic cinema, primed and ready to infect other impressionable minds with the same obsessive enthusiasms that have gradually consumed your humble narrator, further swelling the ranks of those of us who consider Mario Bava’s ‘Danger! Diabolik’ to be peak achievement of Western civilization. Phew.

Going the self-published route, ‘At the Matinee of Madness’ will initially appear as an e-book, with a print edition hitting our doormats at some point thereafter. Those who have clocked the smug ‘printed word’ pledge on the sidebar of this blog won’t be surprised to hear I’m waiting out for the latter option, but either way – keep ‘em glued to Teleport City for updates. 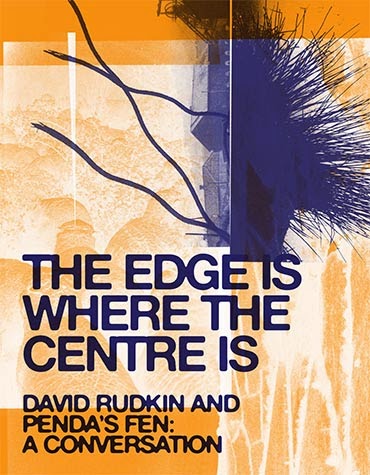 And, finally, at completely the other end of this blog’s aesthetic spectrum, we move to a belated notification of a book that was actually published a few months back and, given its limited edition status, may already have sold out. Assuming copies are still available, fans of David Rudkin’s extraordinary TV film ‘Penda’s Fen’ (which I linked to and briefly wrote about here, many moons ago) should make haste to purchase The Edge is Where The Centre Is – David Rudkin & Penda’s Fen: A Conversation, a hand-printed small press volume published by New York-based Seen Studios, and surrounded by some characteristically artwork by Julian House, who hopefully needs no introduction here.

I’ll be honest with you and admit that I haven’t actually had a chance to begin reading my copy, but chances are any Rudkin/Penda cultists amongst my readership are already preparing to complete the necessary Paypal transaction, regardless of my thoughts on the book’s contents.

Initial copies (if there are any left) come complete with several photographs of Rudkin taken during the interviews that form much of the book (hey, why not?), and a print of House’s poster for a 16mm screening of Penda’s Fen that took place in London last year – a screening that I missed simply because I failed to notice it was happening, although the very existence of a 16mm print at least gives me hope that one day we might get to see this masterpiece released in a slightly more salubrious form than the blurry VHS dubs currently doing the rounds. Fingers tightly crossed on that one.

UPDATE: The first edition of ‘The Edge Is Where The Centre Is’ is actually now sold-out, but the page linked above promises an expanded second edition at some point in the future, so by all means drop them a line to express your interest (see Seen Studios link above).
Posted by Ben at 16:59