Stylistically speaking, I think it could well be said that Jess Franco never really DID the 1980s. Sure, he made a lot of films in the 1980s, but in purely aesthetic terms, he never really seems to embraced the bold new era as much as we might have hoped.

Visually, much of his output during the ‘80s seems to resemble a nostalgic hangover for the jet-setting Mediterranean excesses of his ‘70s work, and more often than not, ventures toward more contemporary stylings were characterised less by directorial vision than by a sense of sad, budget-necessitated randomness that inevitably veered towards the less tolerable end of the decade’s cultural legacy (Princess Di haircuts, spandex shorts, slap bass, etc).

Perhaps due to the contribution of some outside costume/design staff and a (slightly) higher budget than usual though, ‘Bloody Moon’ stands out as a glorious exception – a film in which the man who brought us the visual delights of ‘Vampyros Lesbos’ and ‘The Girl From Rio’ can truly be seen to be adapting his sartorial passions to the era of leg-warmers, ill-fitting cowboy boots and above all, SWEATERS. (Or “jumpers” as we call them in this part of the world, but in keeping with the trans-atlantic nomenclature of the movie in question, we’ll go with “sweaters”.)

The results, needless to say, are frequently a thing of beauty. So, to further elucidate this point whilst also hopefully providing a few moments of light-weight net-pleasure to all you bored wage slaves out there patiently awaiting my next 4,000 word opus on some sleazy, forgotten horror film, here are six of the best fashion moments from this unique motion picture. 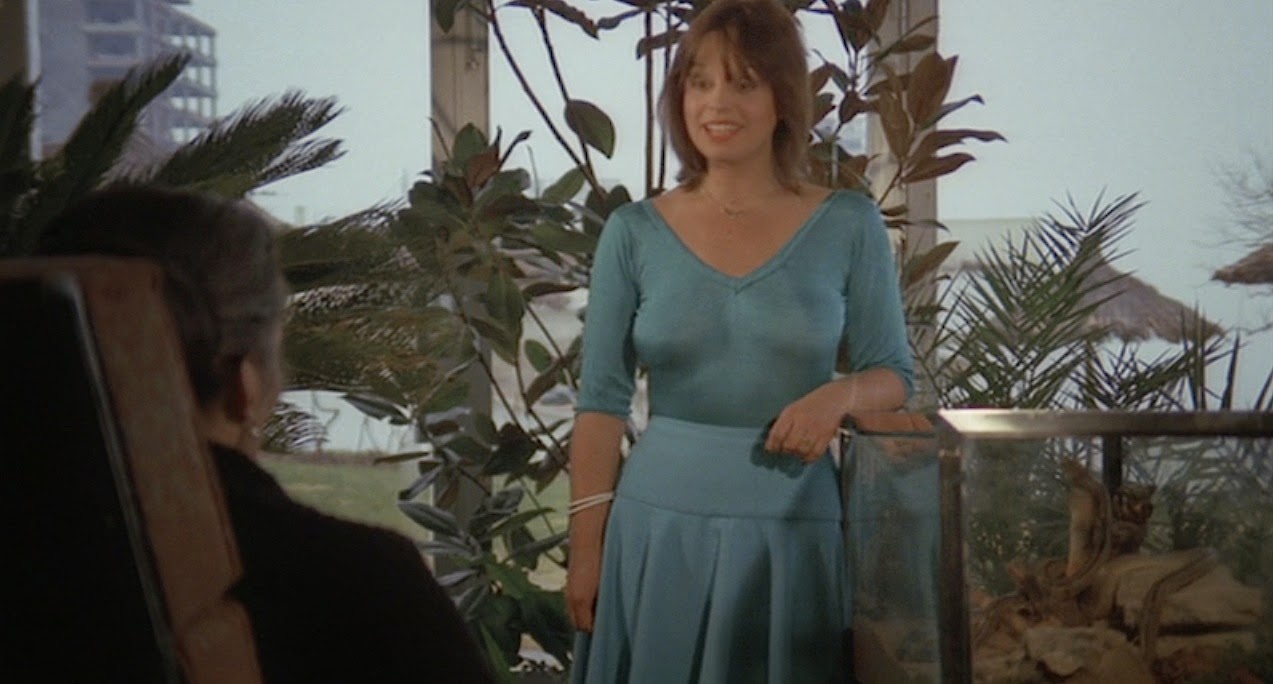 Nadja Gerganoff may be no Lina Romay, but she does at least seem to have picked up a sliver of Lina’s sartorial boldness vis-à-vis her decision to go out in public dressed like this. 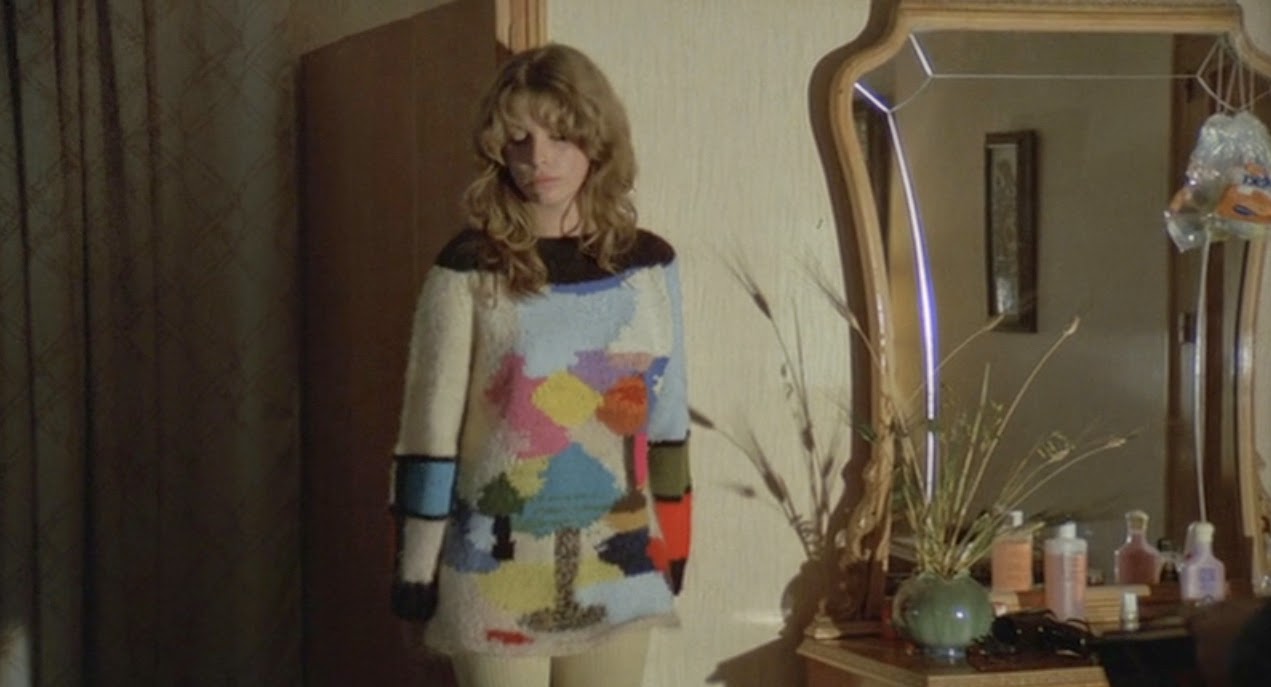 Believe it or not, this little number is only the third best sweater in ‘Bloody Moon’. At one point in the film, we learn that Angela, played by Olivia Pascal (pictured above) has actually brought an entire wardrobe of sweaters with her to the International Youth-Club Boarding School of Languages. A questionable decision for a summer break spent on the South coast of Spain you might think, but clearly Angela was well aware that competition in the sweater stakes would be heated. Will such forethought lead her to victory? Read on to find out… 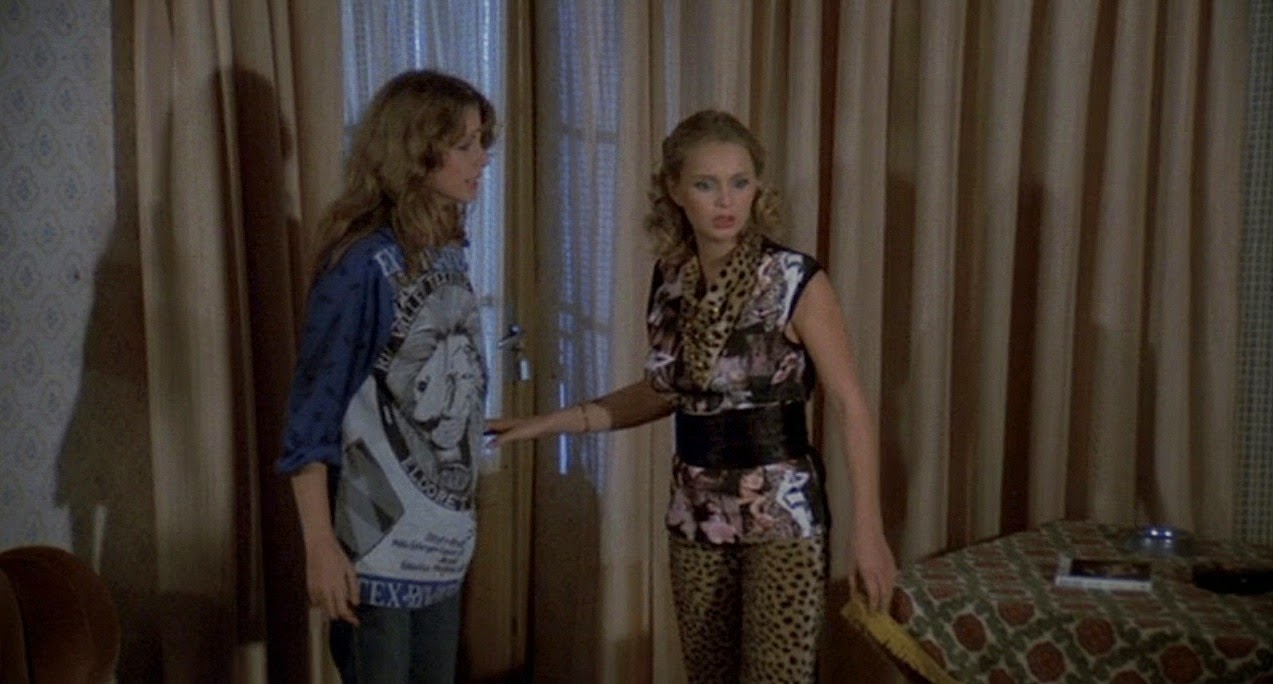 The girl on the right. Entire ensemble. Nuff said. 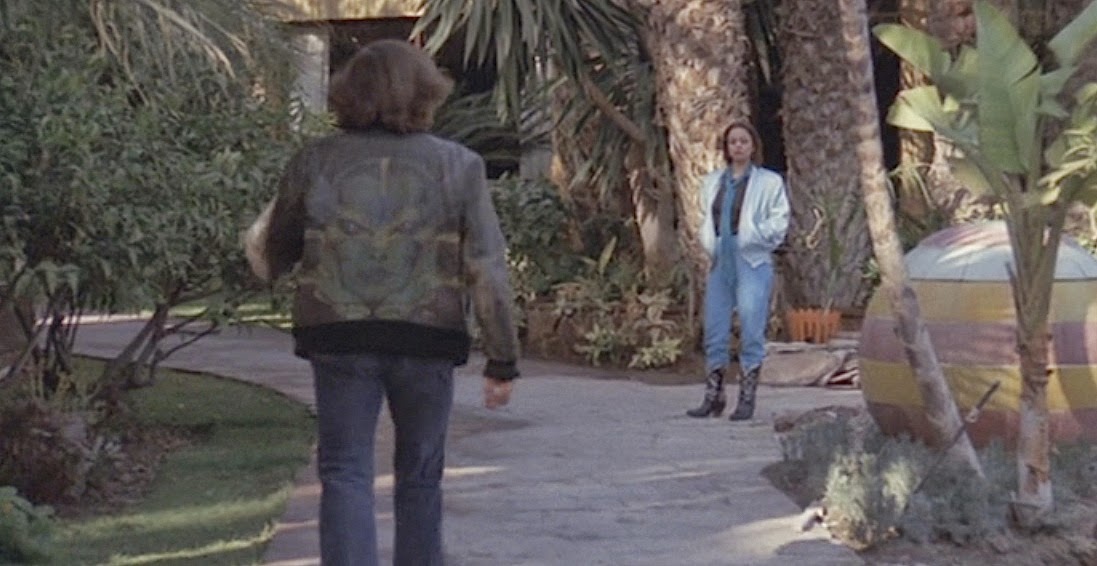 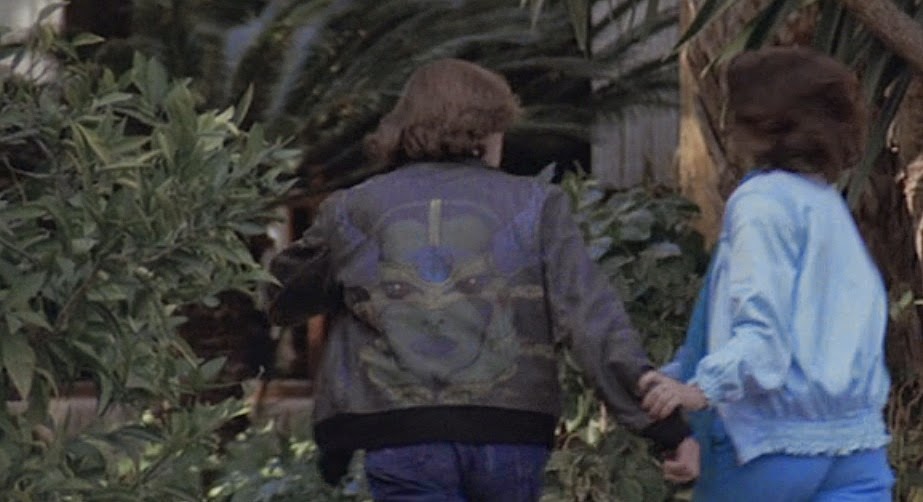 Inevitably, we’re mainly concentrating on the ladies of ‘Bloody Moon’ for this list, but that’s not to say that male cast don’t have their moments too. In particular, I would like to draw your attention to the 2000AD-esque comic book design briefly glimpsed on the back of the scarred-mentalist-brother character’s leather bomber jacket. Nice one, dude. 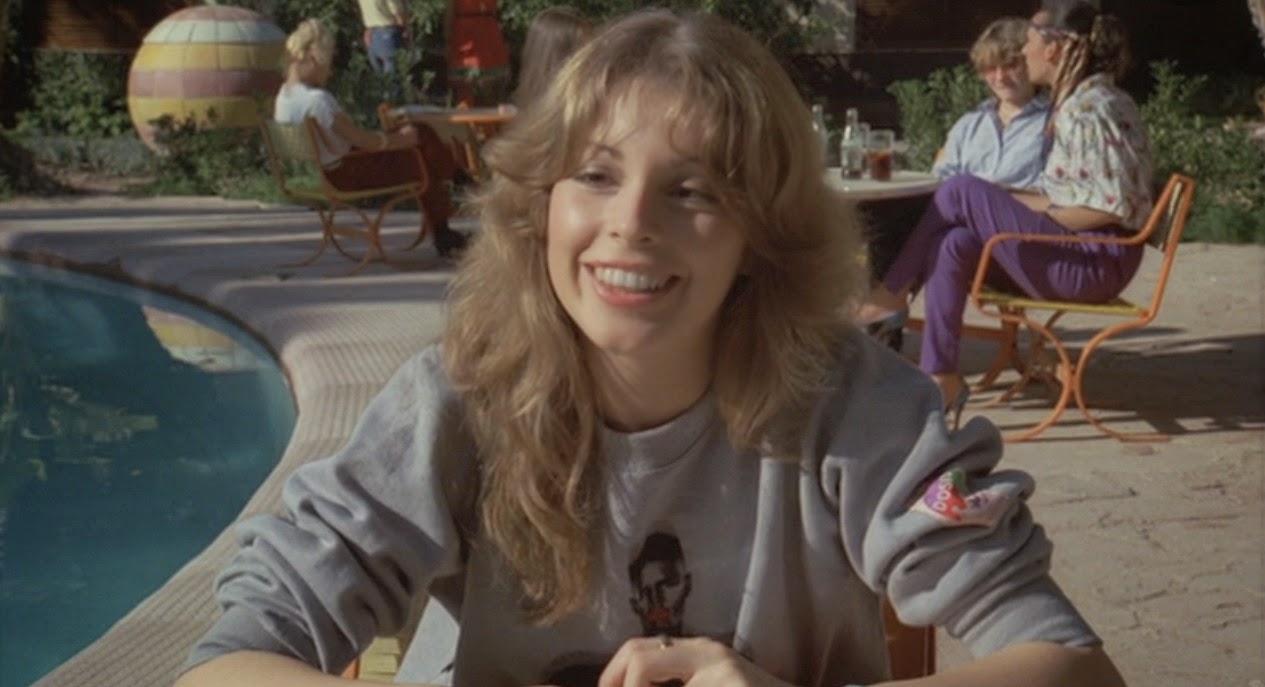 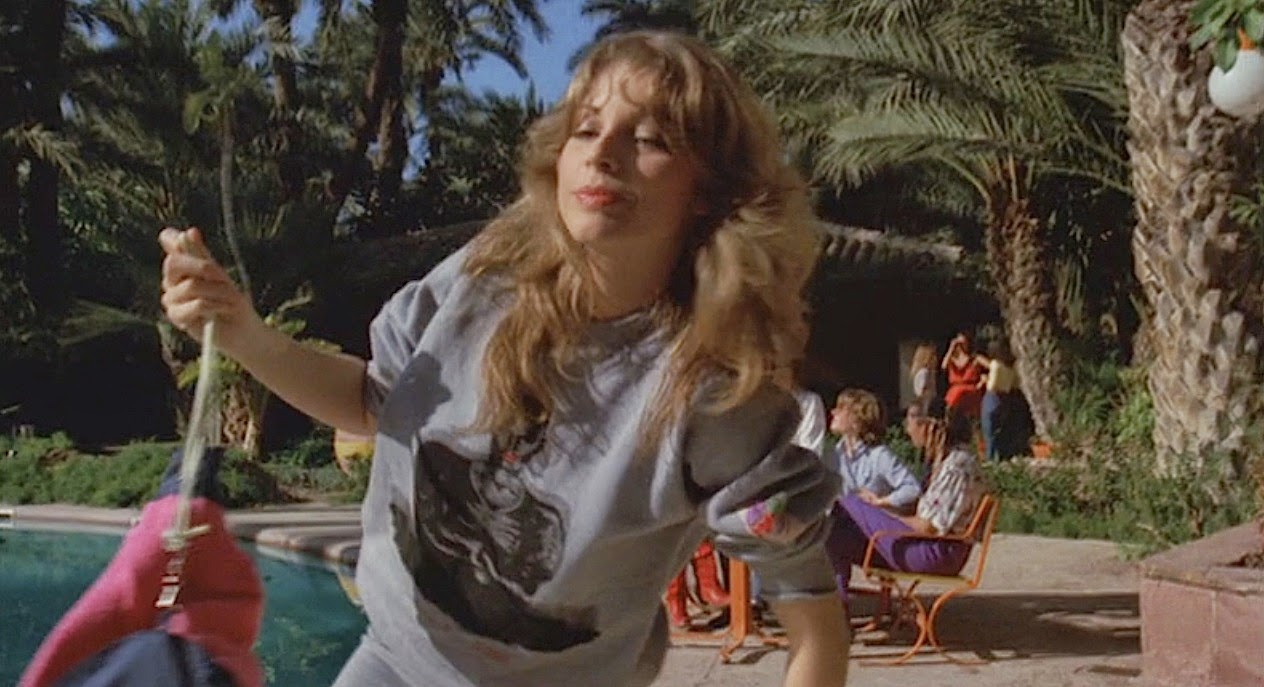 It was difficult to get a good screengrab of Angela’s majestic Grace Jones sweatshirt, but… hopefully you get the idea. 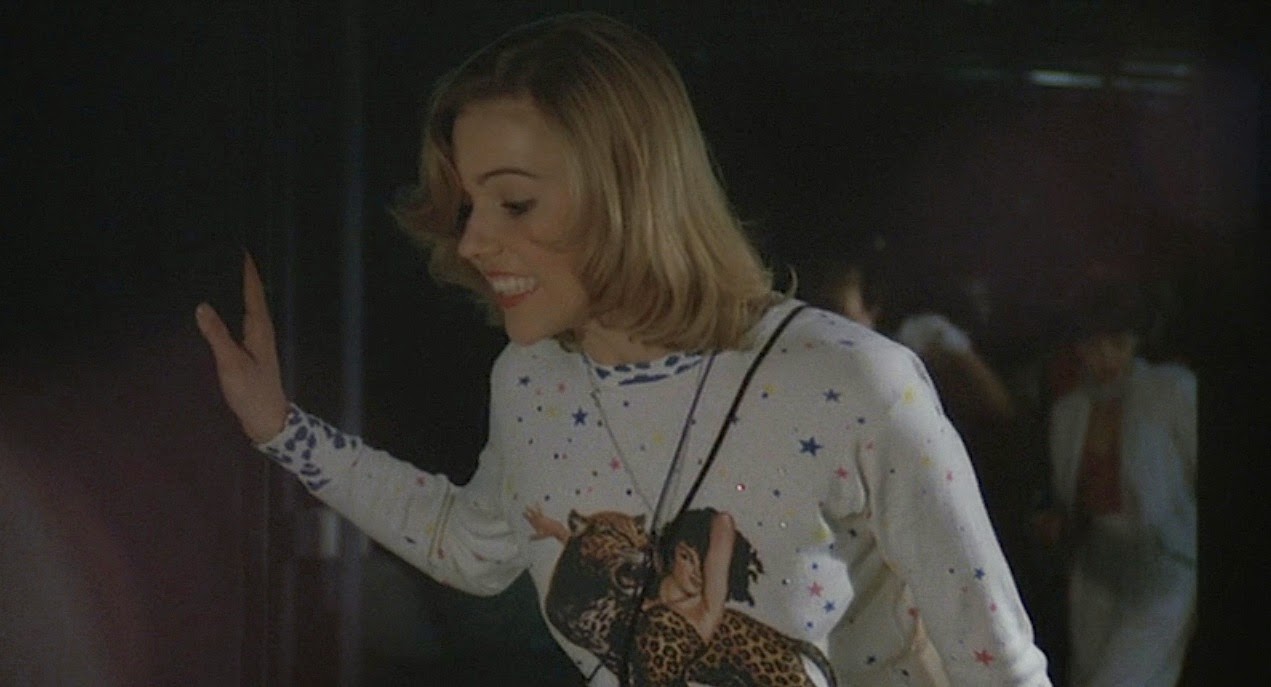 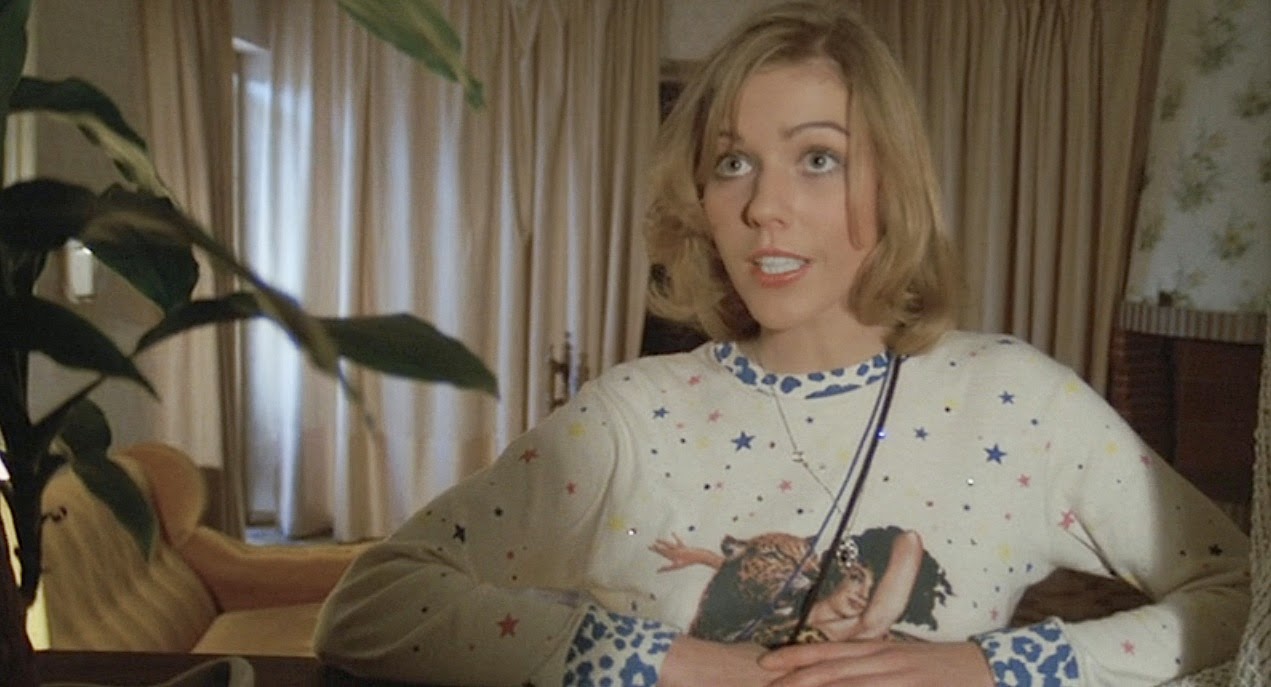 I’m sorry Angela – you might have thought the Grace Jones play was a pretty unbeatable move, but nothing, and I mean NOTHING, in the world of sweaters compares to the garment being sported here by Jasmin Losensky’s Inga. Total supremacy.

Right, that's more than enough 'Bloody Moon' for now I think. See you all at the Disco Club... 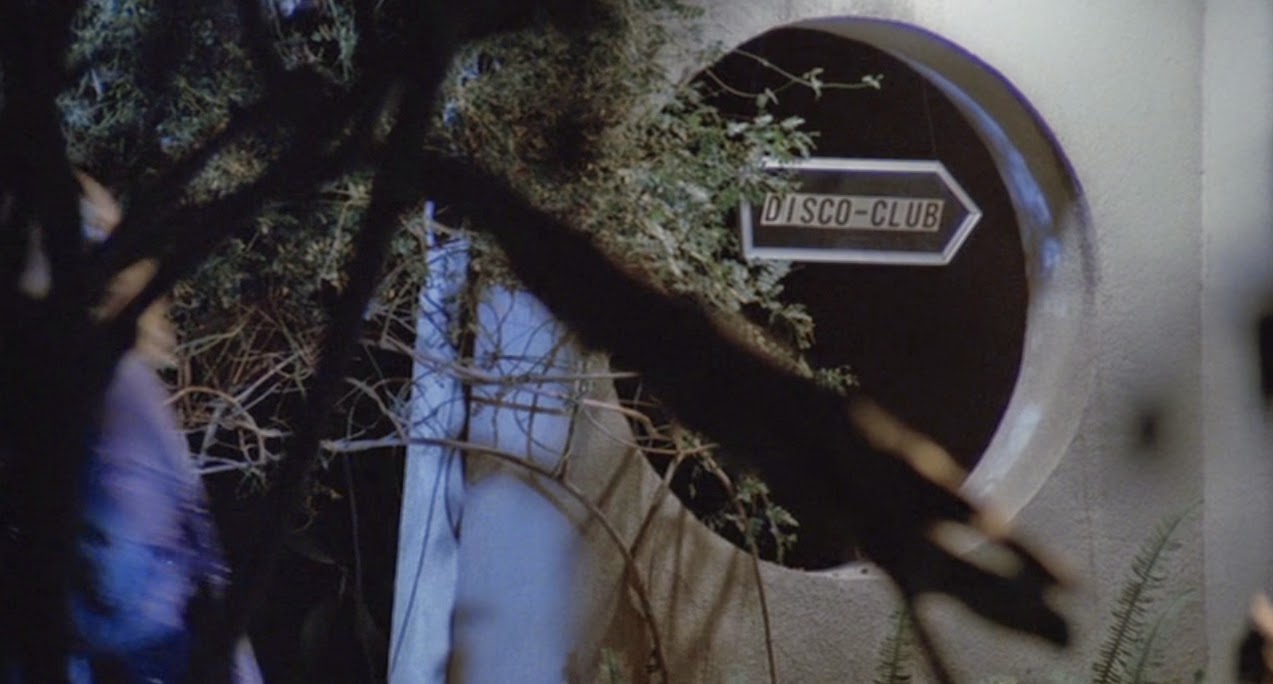 Oh man! I want Inga's sweater so bad!
I don't think I've ever watched one of Mr. Franco's films but this looks like a must see.